Release Blitz for A Werewolf State of Mind by Lucy Felthouse 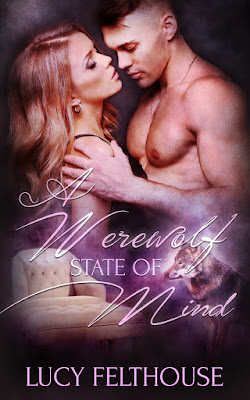 Blurb:
Anneke’s typical day at the office is thrown into disarray when she finds her next patient is an unwitting werewolf. And it doesn’t end there.
From the moment Caleb Kitt walks into Doctor Anneke Lund’s office for his psychiatry session, she knows his problem isn’t mental. He’s been experiencing night terrors, having violent and bloodthirsty dreams, and waking up naked in strange places. But he’s not losing his mind, as he suspects. He’s actually a werewolf—he just doesn’t know it yet.
Anneke isn’t just a psychiatrist—she’s also an empath, meaning she can read minds, and influence thoughts and behavior. She rarely uses her powers, but recognizes she may have no other choice as Caleb must be convinced of his supernatural status before the next full moon arrives. When it does, though, she finds herself going way beyond her duty of care to ensure Caleb doesn’t hurt or kill anyone when he transforms. But at what cost?
Please note: A Werewolf State of Mind was previously published in Coming in Hot: Rescue Me boxed set.
Available from: https://lucyfelthouse.co.uk/published-works/a-werewolf-state-of-mind/

*****
Excerpt:
The intercom buzzed. “Anneke?” came the voice of her receptionist, Ellen. “Your one-thirty is here.”
Anneke pressed the button to respond. “Thanks, Ellen. Send him in.”
“Will do.”
Anneke took a moment—knowing she had a few as her patient made his way from the reception area, down the short corridor and to her office—to pull up and glance at his notes on her computer. There wasn’t much information, since he was a new patient, but there was a brief description he’d given of the problem, which had spurred him on to book the psychiatric consultation with her in the first place.
Caleb Kitt was a thirty-five-year-old personal trainer who, in his own words, thought he was losing his damn mind. He was experiencing night terrors, having violent and bloodthirsty dreams, and waking up in strange places—certainly not where he’d gone to bed.
A multitude of potential diagnoses popped into Anneke’s head, but she refused to jump to any conclusions. There was no way to know for sure what his problem was, not without speaking to him, hearing his story, finding out more. And if she struggled to get to the root of his issues using traditional methods, there was always her back up plan.
Anneke was an empath. Her unique talents comprised of mind reading, mild mind control, and being able to sense supernatural creatures. However, using those talents was always a last resort. She preferred to do things the right way, the way she had been trained to in her years at medical school. It felt like cheating otherwise, and she couldn’t help feeling it was unethical to tap into people’s brains without their knowledge or consent.
For the vast majority of the time, she didn’t have to use her gifts—just her skill and hard-earned education. But occasionally—very occasionally—when a patient wasn’t being forthcoming, or their problem proved elusive, tricky to diagnose, she would reluctantly tap into her powers. Rather that than have a patient suffer unnecessarily, when she had the tools to help them. This fine balancing act between using her paranormal abilities and her training and education made her an incredibly effective psychiatrist, and she had to be incredibly careful not to come across as too good, too quick at diagnosing patients, otherwise she’d attract attention for all the wrong reasons. She dreaded to think what would happen if people found out what she could do.
There came a knock at the door.
“Come in!” she called, minimizing all the programs on her computer screen, activating the screen saver, then getting to her feet.
The door opened, and a tentative looking, but incredibly handsome man entered the room. To her surprise, a millisecond later her gifts kicked in and she realized what his problem was—he was a werewolf. And he clearly didn’t have a clue.
She frequently sensed other supernatural creatures when she was out and about—in the street, the supermarket, the cinema. But this was the first time she’d ever had one walk in to her office, as a patient. This was going to be interesting, to say the least. 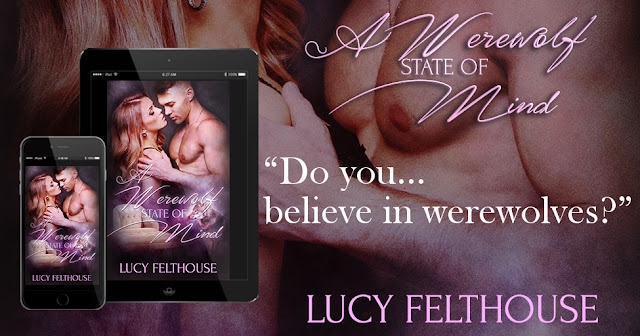