1.     Tell us a little bit about yourself--both something we learn from [the story] and something that readers might not guess?
People might not remember that Ivy and I were high school sweethearts. We had a pretty monumental misunderstanding, which led me to a stint in the military. What you learn about me from this story is that I will always have Ivy’s back, no matter what.
2.     How did you first meet your writer?
Ah, Miss Melissa wanted a love interest for Ivy. I showed up on the page during the discovery of the body scene in Kneaded to Death, then again at the subsequent funeral. From there, there was no denying the chemistry between Ivy and me.
3.     Want to dish about him/her?
I’m not into chime (gossip in Spanish). That’s what tore Ivy and me apart in the first place, so I steer clear of it. I pretty much live by the “Is it my story to tell?” rule.
That being said, I will say that she spends way too much money on those pumpkin spice lattes. The price of those things is highway robbery, but she’s crazy about ‘em.
4.     Why do you think that your life has ended up being in a book?
Ivy is a great person. My author needed someone to be her equal, to challenge her, and to stand by her. I am that person, so my role in the Bread Shop books is necessary, because every woman needs a good man behind her.
5.     Who's your favorite character? Why?
Ivy. She’s my future wife, after all. Penelope Branford runs a close second. Well, not that close, but definitely second.
6.     Who's your least favorite character? Why?
I can’t tell you that because it would spoil the mystery. I will say that whoever puts Ivy in a position where she is in danger is my least favorite person.
7.     What's next for you?
It’s no secret that Ivy and I are engaged. Next up for us is the wedding. Then we’ll have to decide which house to live in—her historical Tudor or my bungalow overlooking the Pacific Ocean. I think we have it figured out, though. You’ll have to wait and see.

About Bread Over Troubled Water 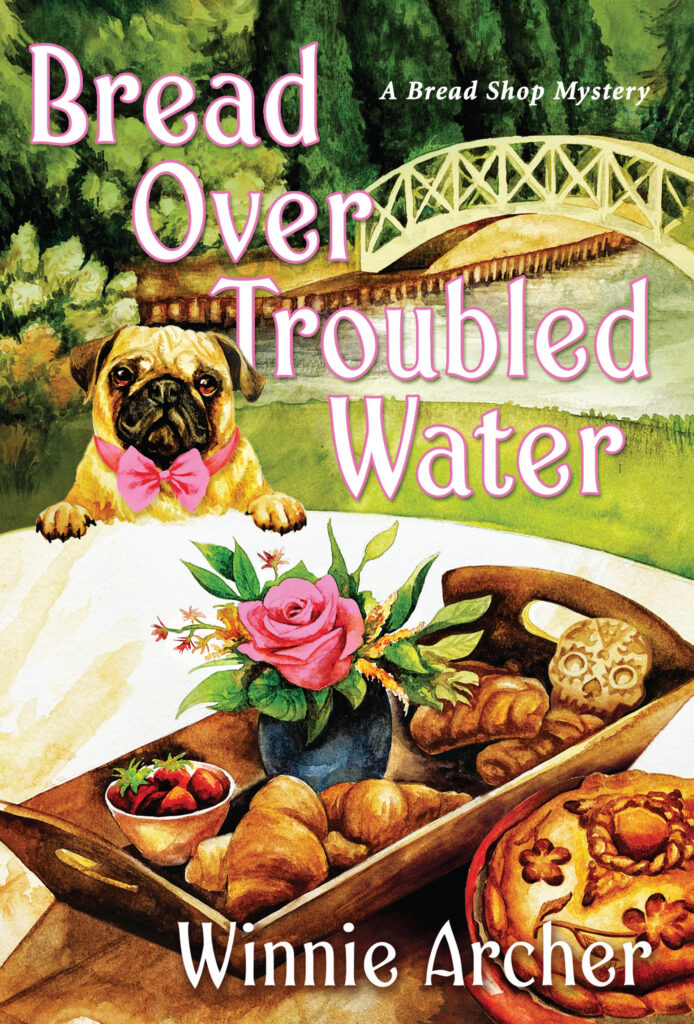 Photographer Ivy Culpepper is soon to make a home with her husband-to-be in the California beach town of Santa Sofia—but the Yeast of Eden bakery remains her second home. It’s not just a place to work, but a community. And now one member of the community has been murdered . . .

A regular who used Yeast of Eden as a workspace, Josh Prentiss always turned heads with his startlingly good looks and thousand-watt smile. But Ivy can’t help noticing one morning that he seems distracted and off his game. Later, during a visit to the park where she and Miguel plan to hold their engagement party—with plenty of baked goods on the menu—her rescue pug, Agatha, sniffs out Josh lying in a bed of poppies…scone cold dead.

There’s no reason for Ivy to get involved. She’s busy enough holding down the fort as the shop’s owner, Olaya, cares for her recently orphaned niece, not to mention the stress when a new employee is fired and storms out in a rage. Then a band of rabble-rousers starts picketing the bakery, claiming that Olaya’s sourdough roll is what killed Josh—and Ivy hears some salacious gossip about her beloved boss. She doesn’t think there’s a grain of truth to the seedy rumors—but to prove it, she’ll have to start sleuthing . . .

REVIEW
*I received a free copy of this book which I voluntarily chose to write an honest review for.
This series just keeps getting better and better with each new installment we get. We catch up with Ivy as she is getting ready for her engagement party. The shop is doing well but when a daily customer Josh starts acting off Ivy is concerned but due to being so busy she doesn't look into it right away. She regrets this when Agatha finds him later in a bed of poppies at the park. St first Ivy thinks she can stay out of things but sweet Olaya is accused of wrong doing she just has to find out what really happened. This gets the stage for a fun cozy mystery that is full of eclectic characters, surprise twists, and enough clues to keep the story moving. Makes for a satisfying read that is sure to delight cozy fans. I really liked it so I give it 4/5 stars. 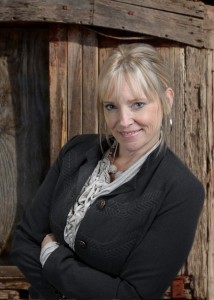 Winnie Archer is the nationally bestselling author of the Bread Shop Mystery series, as well as the Lola Cruz Mysteries and the Magical Dressmaking Mystery series written as Melissa Bourbon. A former middle school English teacher, lives in North Carolina with her educator husband, Carlos, and the youngest of their five children. Visit Winnie Archer online at www.MelissaBourbon.com!