Blog Tour & Review for Chutes and Ladder by Marc Jedel 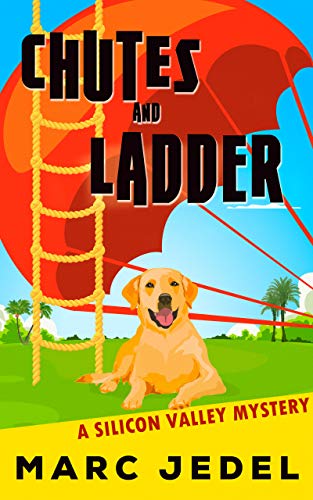 Dead friend. Free fall. Girl Scouts. Can Uncle Marty untangle the mystery before things really get out of control?
Juggling a budding relationship, demanding job, and mischievous nieces, Marty Golden struggled to keep his head above water — even before his friend’s death. Trying his best to be a good boyfriend and fun uncle, Marty had his own ideas for the weekend until his cunning sister tricked him again.
Convinced his friend’s death was no accident, Marty tries to summon superhero powers but merely manages to bumble along as an amateur sleuth. When Marty’s cousin shows up, she wreaks havoc with his plans and pulls him into yet another mystery.
As threats blossom, Marty doubles down now that his family’s involved. Besides, it’s poor manners to let your friend’s death go unsolved.
Can Marty figure out what happened before a killer, or his imagination, gets to him?
Chutes and Ladder is the second novel in a refreshingly modern mystery series set in Silicon Valley. If you like clever humor and wacky side characters, you’ll love this twisty mystery.

REVIEW
*I recieved a free copy of this book which I voluntarily chose to write an honest review for.

I have to admit that I don't read too many copies that have a male main character but I liked this one. Marty is a software engineer type persons with a strange sense of humor. He does not let anything stop him as he lives his life trying to keep those around him happy. Much to his dismay when his sister hurts her ankle he gets volunteered to fill in as a chaperone on a Girl Scout camping trip with his niece. It's comical as he proceeds to inadvertently mess up all kinds of stuff until he gets sent for busy work. Imagine his surprise when he stumbles across the dead body of someone he knows. What follows is an original take on an amateur investigation that kept making me giggle all the way to the  surprising end. Great for fans of cozies looking for something different. I really liked it so I give it 4/5 stars. 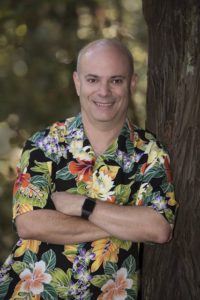 For most of my life, I’ve been inventing stories. Some, especially when I was young, involved my sister as the villain. As my sister’s brother for her entire life, I’m highly qualified to tell the tale of this evolving, quirky sibling relationship.
My writing skills were honed in years of marketing leadership positions in Silicon Valley. While my high tech marketing roles involved crafting plenty of fiction, we called these marketing collateral, emails and ads.
The publication of my first novel, Uncle and Ants, gave me permission to claim “author” as my job. This leads to way more interesting discussions than answering “marketing.”
My family would tell you that Marty’s character isn’t much of a stretch of the imagination for me, but I proudly resemble that remark.
Like Marty, I live in Silicon Valley and can’t believe that otherwise normal people would willingly jump out of an airplane and call it fun. Unlike Marty, I have a wonderful wife and a neurotic but sweet, small dog, who is often the first to weigh in on the humor in my writing.
Author Links