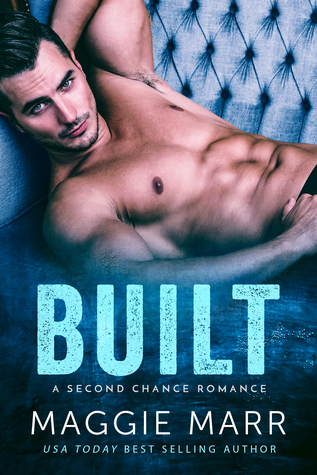 
I hate Jake Warner. Loathe. Can. Not. Stand. No matter how sexy he looks in his jeans with that low-slung tool belt. He had his chance with me and he blew it Big. Time. He’s not getting a second-chance no matter how long I stare into this ice-blue eyes and think about those full lips or his dimples when he smiles. We may have to work together, but that absolutely doesn’t mean that we’ll get back together. Nope. No way. No matter what my heart says, this time I’m listening to my head.

EXCERPT:
“I hate you, Jake Warren. Loathe. Detest. Can’t stand to be around you. I—”
A wicked-slow smile spreads over Jake’s face. A smile that I’m almost willing to risk losing my job over to wipe from his smug mug.
Almost.
One of the reasons I hate that face so damn much is that Jake’s face is perfect. Not perfect in the sense that it’s got nothing wrong with it, because there’s that tiny scar that cuts through his right eyebrow from when he fell out of the tree in Mrs. Gibson’s front yard trying to get my cat, Mr. Biggles, down from the maple tree. Jake was ten and I was seven. That moment, in my childhood, when Jake played Prince Charming to my weeping Damsel in Distress resulted in four stitches, a broken arm, and a saved Mr. Biggles.
But none of that matters now. None of it.
That was twenty years ago and ever since I returned home and took the job at Ryan & Sons Construction, my Dad’s construction company, there’s been nothing, and I mean nothing charming about Jake Warren. In fact everything about him has been downright loathsome.
I. Hate. Jake.
I should get a tattoo. Or maybe a t-shirt.
No matter how perfect his face and body are—those two things don’t matter because I can’t stand his full, cupid-bow lips and indented cleft chin, and I definitely detest his square jaw with high-cut cheekbones. And his dark brown, curly hair and ice-blue eyes that seem to see right through every part of me.
Like this very moment, he’s standing so close to me that I can practically feel his muscles pulsing beneath that sweaty white Stanford t-shirt he’s wearing.
Show off.
So what if you went to Stanford and have perfect biceps and work with your hands and wear a tool belt slung low on your hips.
So. What.
Jake stands in front of me with his hands on his hips, with those lips—those damned pillow-cushion lips—nearly even with my eyes, like he’s some kind of crown prince because he can lift a two-by-four, swing a hammer, and hang drywall…he stands there in his dirty Levi’s with that hip cocked, staring right at me. Knowing full well that he was the boy that saved my cat, kissed me when I was twelve, and saw me naked at sixteen.
And broke my heart at twenty-one.
Well, I’m not naked today. Nope, today I’m pissed. I stand in front of him just back from an afternoon meeting with a Chinese investor who may or may not want Daddy’s company to build two hundred new homes, with my hand on my hip, my tablet in my hand, ready to tell Jake Warren why he should never, never, never speak to a client because that is my job as the front-facing newly minted sales team at Ryan & Sons Construction, and while I’m deadly serious, Jake’s eyes are…are…wickedly playful.
Asshole!
His damn ice-blue eyes are wickedly playful in this completely inappropriate way that causes my nipples to harden and my lady-bits to tingle like they do nearly every day that I work with Jake. Which for the last ten months has been every damn day.
Nope. I hate him. Loathe. Detest.
“Becca”—he lifts an eyebrow and his gaze streaks up and down my body—“you know you love me.” His words are honey. Sweet and slow and slick and sticky and they pull me to him almost as certain as if he’d taken that big strong arm of his and snaked it around my waist and pulled me close.
Which he didn’t do, and in fact hasn’t done in what seems like nearly a lifetime, and another reason why I absolutely can’t stand this man.
“Love you? Ha! I just told you I can’t stand you. Do you even listen to me Jake Warren? Do you listen to anyone? Ever?” I wave the tablet for emphasis because the email I just got from a client—a very important client—proves yet again to me that a) Jake Warren never listens and b) he should be fired so that c) I can run Daddy’s construction company like I was meant to do without any interference from this clown.
“Oh, I hear you, Becca,” Jake says, those ice-blue eyes gazing right past me and toward the open doorway and the construction office filled with support staff and other guys that work for Daddy on various construction crews, all of which Jake Warren heads up. “I think everyone in the entire firm hears you too.”
“Fuck you,” I silently mouth. I take two steps backward, and press my stiletto to the office door, between us and the rest of the company and kick the damn door closed. “Private enough for ya?”
“Guess it depends on what you have in mind, Tiger.”
Heat floods my neck. No one. No. One. calls me Tiger—or no one has since Jake did all those years ago and there have been a whole lot of years, plus one college degree, an MBA, and a failed (very public) engagement since the last time Jake stood this close to me and called me Tiger.
“Becca,” I say between gritted teeth. “That’s Becca to you. Or, if you prefer, you can call me Ms. Ryan,” I say.
“Riiiiiight.” He takes a step closer. “And what if I prefer Tiger?”
I swallow and don’t move because deep down inside as much as I currently hate Jake Warren, I actually, if I’m honest, prefer him calling me Tiger too. 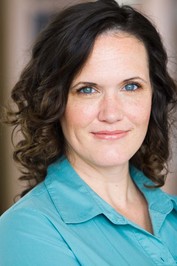 
Maggie Marr is the USA Today Best Selling author of hot contemporary romance. She spends her days working in entertainment and her nights writing. Maggie loves all things pop culture and when she isn't writing, she's reading or binge-watching Netflix. Never miss a new release, sale, bonus content, or extras by signing up for Maggie's newsletter here: maggiemarr.net