Book Blitz & Giveaway for The Abyss Trilogy by A.C. Ward 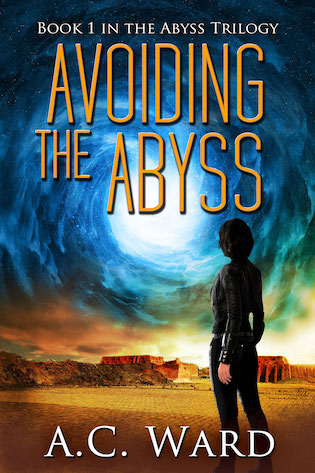 
Aubrey has always been told she isn’t special.
If only that had remained true.
Aubrey grew up as part of the rebel movement, protected but lonely. All she wants is her mother’s love, but without an ability she’s worthless in her mother’s eyes.
When she’s captured by the government, Aubrey sees an opportunity to prove her worth. Instead, she realizes that her mother has been withholding many truths. Aubrey experiences an acceptance outside of the rebels that her heart has yearned for, and a discovery. She has an immunity that has never been seen before.
But Aubrey isn’t immune, she’s absorbing powers as the key to the Abyss—a portal into the demon realm. Her mother finally sees purpose in her daughter and hopes to use it for her cause. Aubrey isn’t as certain. If she doesn’t gain control of her ability, she’ll open the gateway to hell and destroy everyone she’s come to care about. Including herself.
The first installment in the Abyss trilogy, a coming of age YA dystopian fantasy. Perfect for fans of dystopian worlds, apocalyptic prophesies, and demon lore.
Download now to find out if Aubrey will succeed in Avoiding the Abyss. 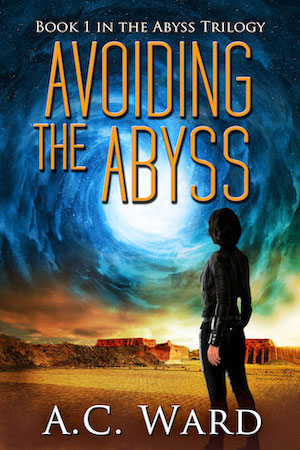 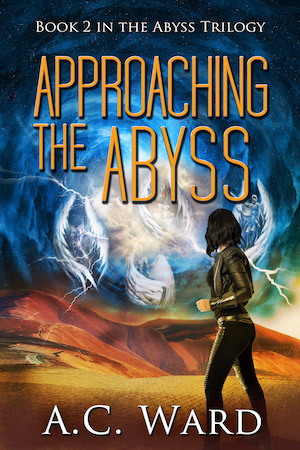 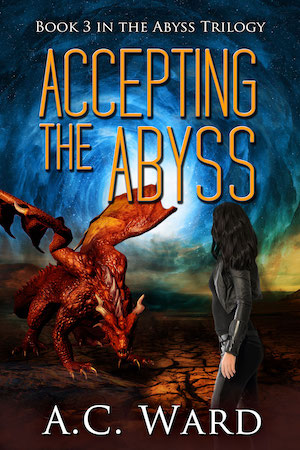 Goodreads / Amazon
—
EXCERPT:
It wasn’t the first time her mother had punched her in the face, and Aubrey doubted it would be the last. The most frustrating part was that she saw the punch coming. Not because it was slow—her mother, the paragon of the rebels, didn’t do slow—but because it was her typical move. Aubrey had fallen for the same thing in prior training sessions. She had learned tactics to avoid it, blocking the punch or turning to the side or even ducking, but indecision led to her freezing up.
Her mother’s controlled swing hit Aubrey in the jaw. She tasted blood. Trying her best to ignore it, Aubrey kept her feet moving, managing to pull back in time to evade the second swing. She had never been able to keep up with her mother but wanted to put up a good enough fight to avoid being a complete disappointment. Again.
Sparring matches were one of the few times Aubrey interacted with her mother. It had become a form of communication between them. The way her mother’s green eyes hardened to stone, the deep crease that formed between her brows, the firming of her lips as they turned down in displeasure, Aubrey could read them all. Her mother treated only her that way. A ball of tension twisted in her stomach, the pain of it worse than a connected blow could ever be.
Aubrey swung out at her mother, the punch a surprise even to herself, and sloppy. Her mother caught it in her own fist, the crease between her brows deepening. She used Aubrey’s own momentum against her, pulling her into the next blow. Aubrey tried in vain to turn it into a glancing blow, but the force of the impact snapped her head back. Dots danced in front of her eyes as Aubrey fell. Her mother released her grip to let her.
There were ways to fall to keep in the fight. Aubrey tried to get her body to do it, to roll back to her feet, but she flopped onto the rock ground instead with a sickening thud. She blinked, and the dots whirled, creating arcs of white light. Her mother stepped forward into the glow, pressing her advantage, and behind her an image formed.
Aubrey blinked but the figure remained. It was a man, and it was not. The scowl on his face was even fiercer than her mother’s. When he crossed his arms, Aubrey thought she saw three pairs of limbs folding over his bare ridged chest. He towered above her mother at an impossible height.
Aubrey lost her breath even before her mother’s kick connected with her side. What little air was left whooshed out of her lungs and she squeezed her eyes shut, giving in to the pain. The next kick popped them open wide again. Behind her mother, the figure was gone, burst like the figment of imagination he must have been.
The third kick had her body screaming in protest. Aubrey tried to roll away, to not just sit there and be beaten. Her mother was intent on her prey. The next blow to Aubrey’s side drained the last of her resistance. She curled in on herself, covered her head as best she could, and waited for the punishment to be over.
“Myra,” a voice interjected, warm and unhurried like the man it had come from.
Aubrey’s arms tightened even further around herself, wondering just how much of her shame he had witnessed.
Her mother paused, looking back over her shoulder to where he stood.
“They are asking for you, mi alma,” Tony said, the smile on his face one he reserved for Aubrey’s mother.
Myra frowned at him, her typical response to the pet name. “I’ve told you not to call me that.” She turned back to her daughter, her stance rigid. “Not good enough.”
Aubrey let the words pierce her, forcing her grip on herself to loosen. “I know.”
“You’re already at a disadvantage with no powers. You should be putting every effort into becoming useful in the one area where you have any chance.” Her mother stepped back and picked up a towel to wipe her face, though it wasn’t needed. Myra hadn’t even broken a sweat.
Aubrey’s own sweat ran in rivulets through her short-cropped hair. She used her trembling arms to push herself to a sitting position.
Myra tossed the towel, streaked with red dirt, into her lap. “This performance was even worse than last time.”
Aubrey tensed as her mother stepped toward her, half expecting another kick.
Myra crouched, forcing her daughter to meet her sharp eyes. “You’re becoming even more of a waste of time. If it gets any worse, we’ll end these sessions.” She stood again, turning her back on Aubrey.
Tony moved to the side of the entrance as she passed through, staring after her silently. When she was out of sight, he let out a heavy sigh and glanced at Aubrey where she was still frozen in place. “Happy fifteenth birthday, nena,” he said. Then he left to chase after her mother.
Aubrey stared at the rocky ground beneath her. Her hands curled into fists, the urge to hit something coming too late. She slammed them down hard enough to raise the dirt in plumes of red dust. 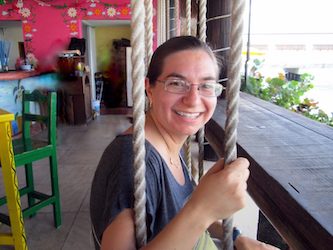 
Amanda Ward is a little worried that her internet search history is on some sort of watch list. For Death Daydreams, she researched serial killers, hidden rooms, death, suicide, and third-story falls. Her next work in process is only making it worse.
Amanda lives with her husband, daughter, and various pets - dog, cat, gecko, fish, and tarantula. When she's not writing she's watching Netflix or rereading her favorite manga. She'd love to hear from her fans. You can contact her at wardabooks@gmail.com.