Book Blitz & Giveaway for Begin With Me by Claudia Y. Burgoa 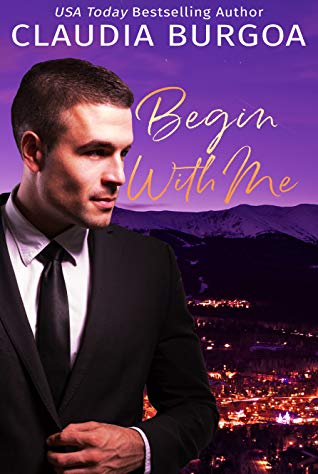 
From the outside, Abby’s life looks like a fairytale.
Loving family, wealthy lifestyle, education at a prestigious university. The truth? She’s barely managing to survive. Few know the nightmare she lived before she was adopted. And no one knows the secret agony that still haunts her nightmares.
With a degree from Berkeley, she could have gone anywhere, but she’s back in Colorado. Not for a fresh start—fresh starts are only an illusion—but for Wes Ahern. Her protector, who throws around words like “therapy” and “talk to me.” Her brother in every way but blood. The one man she wishes could be so much more.
Maybe, just this once, she can stop running from her demons.
But does she dare let Wes see inside the darkest closets of her pain…or will love be the biggest mistake of her life?

Goodreads / Amazon / Barnes & Noble / iBooks / Kobo
Only 99¢ for a limited time!
—
EXCERPT:
I can pinpoint the moment when Abigail Lyons lost her optimism. It was the day her grandmother died. That’s when I began to talk about myself in third person, imagining the worst that could happen and learning to dissociate when my brain couldn’t handle the input.
It was the same day I stopped laughing with ease and speaking my mind confidently. At sixteen though, that’s when I went quiet for good. The day I lost all hope, became swallowed by loneliness—leaving nothing more than a scared bundle of nerves who wanted to jump out of her own skin. At twenty-three not much has changed. But I try to hide my flaws and fears. Somedays I’m brave enough to fight against my mind to conquer the latter. Other days, I’m not so lucky.
Like my fear of flying with a bunch of strangers. As the plane takes off, I close my eyes, hold onto my bracelet, and count the crystals. I’m not a fan of airplanes. They’re too small, there are too many people on board and anything could happen during the flight. Though, according to my best friend, Wes, the probabilities of dying in a plane crash are one in eleven million. He once explained to me that it’s more likely to be hit by a meteorite, drown in my own bathtub, or get mauled by a bear in Yellowstone than die in a plane crash.
He might be right about those statistics. But logic doesn’t apply to my phobia. Every time a plane takes off, my heart beats faster than a cheetah hunting for her next meal and sweat drips down my back. Honestly, I’m not afraid that the plane will lose altitude or collide with another aircraft. I fear that I’ll crash emotionally during the flight. The question for me isn’t whether or not the pilot loses control. My mind is asking, what if I have a full-blown panic attack in an environment where I don’t have control or any means for emotional release?
When the pilot announces that we’re allowed to turn on our laptops and move around the cabin, I put on my wireless headphones and turn on my music. If I’m lucky, the two glasses of wine I downed before boarding, plus the one I drank before takeoff, might help me sleep during the almost three-hour flight. If I’m asleep, I won’t have to think about the people around me. Or the possibility of him finding me once I’m back in Denver.
My throat tightens at the mere thought of seeing him again. I shut my eyes, squeezing them hard. My body trembles. It’s been so long that he shouldn’t have any effect on me. I count, controlling my breathing. But it’s impossible to calm myself when the images of what happened that night come back. The voices are back too. My heart beats wildly.
Please, God, help me.
Not now. 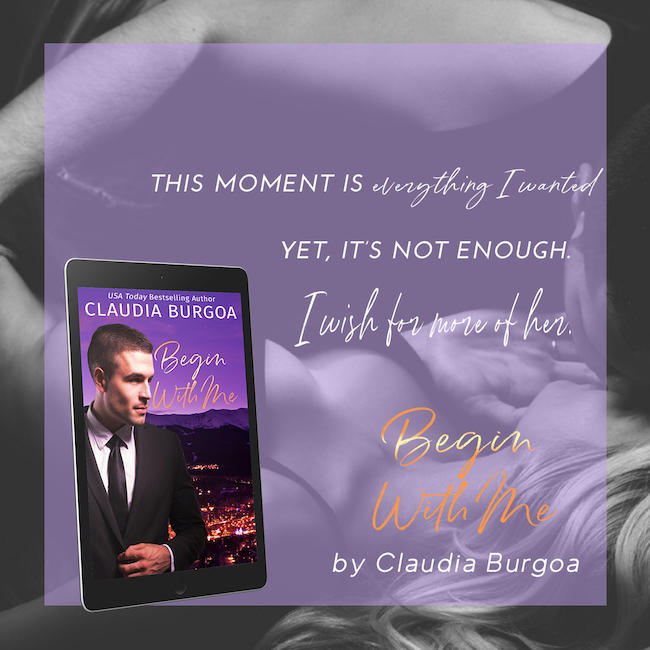 Author Bio:
Claudia is an award-winning, USA Today bestselling author. She lives in Colorado, working for a small IT. She has three children and manages a chaotic household of two confused dogs, and a wonderful husband who shares her love of all things geek. To survive she works continually to find purpose for the voices flitting through her head, plus she consumes high quantities of chocolate to keep the last threads of sanity intact.