Blog Tour for A Stolen Heart by Kayelle Allen

A Stolen Heart by Kayelle Allen 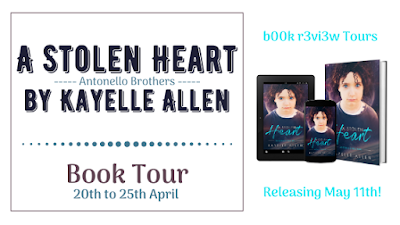 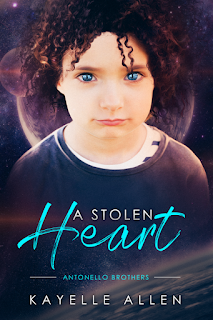 An immortal warrior whose villainous past keeps him in hiding.

Two monsters in need of a family.


A Stolen Heart transports science fiction fans to the fantastic Tarthian Empire in the distant future; a wealthy but deliciously seedy corner of the galaxy. Here, powerful immortals comingle with genetically-enhanced humans and animals, aliens and androids, and secret societies are commonplace.

After rescuing a half-alien / half-human child who's running for his life on the planet Kelthia, a glorified space pirate turned entrepreneur named Luc Saint-Cyr stumbles onto a conspiracy at the highest levels of the powerful Thieves' Guild.

As if that's not enough, an unseen enemy is undoing every good thing Luc accomplishes.

But, when it comes time to give up the child to a family who can care for him, how will Luc bear to part with the adorable little boy who has stolen his heart?


Read an Excerpt from A Stolen Heart


The word arcane conjures up magic and sorcery, but its definition is "requiring secret or mysterious knowledge." To Luc, who's an Arcane Master in the Thieves' Guild, those secrets are the lifeblood of the skill. Here, he explains one of the basic rules to Senthys, who is three.
In this scene, Luc and Senthys are riding in Luc's hoversine, a limousine that flies right above the ground.


Senthys swung his feet, which, on the short rise of the hoversine's safety seat, meant he kicked the main seat with his heels.
That was already old and it had just started. Luc leaned down close to distract him. "Let's learn some thief rules."

"Why?" Senthys tilted his head. "Don't you already know them?"

Luc stopped himself from reacting. After all, he was talking to a child, not that different from talking to Pietas. "Yes, I do, and I'm going to teach them to you. I told you there would be two rules inside the store and if you obeyed them, you could pick out a toy."

"Oh. I 'member." Like Luc, Senthys folded his hands before him. "Ready."

"You are to stay next to me at all times. You may hold my hand if you like, but do not leave me to look at things, or to see things unless I give you permission. Is that clear?"

Luc decided against counting--to any number. "Tell me what you understood."

The child bounced in his seat.

How delighted this boy was to do well. Luc must encourage that. "The other rule is not to steal anything in this store. Say it back to me."

"Don't steal in the store?"

"That's right!" Luc patted his hands together. "What a good job."

"I'm going to tell you something and I want you to always remember it. Honorable thieves do not steal unless under contract. If an honorable thief cannot afford something, then he must work a regular job to earn the money." Luc placed a hand on the boy's arm. "My Deshai are honorable. They do not take things without a contract. Understand?"

"Oh." The boy nodded as if impressed. "Is that better than thirteen?"

Amusing, however deflating that might be. "Quite a bit better," Luc told him. "It's the highest in the Guild. Arcane Master."

Senthys cocked his head. "Then that's what I want to be. A Arcane Mister."

"Arcane Master. I want to be that. Brinn says I can be anything."

True words. Luc held up a hand, reached across the seat, and Senthys high-fived him. "Your brother is absolutely right."

Want to know when this book is available? Like to have a free read before it's out? Join one of Kayelle's reader groups. You'll also get free starter books right away. https://kayelleallen.com/reader-groups/

Kayelle Allen writes Sci Fi with misbehaving robots, mythic heroes, role playing immortal gamers, and warriors who purr. She is the author of multiple books, novellas, and short stories. She's also a US Navy veteran and has been married so long she's tenured.