Book Blitz & Giveaway for Find You There by Brianna Bennett 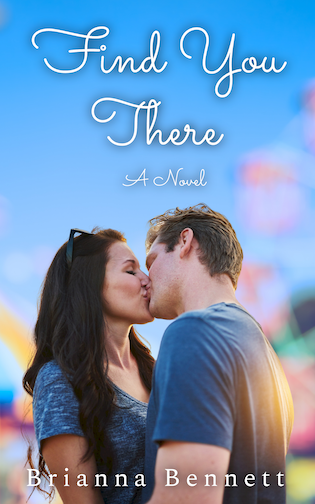 Lyric Meadows is used to being overlooked.

Lovingly called Peanut for as long as she can remember, she uses ceramics to escape the high expectations of her parents. It also keeps her from having to tell them that she’s asexual, thereby disappointing them twice because she has no intention to work in music like they want or give them grandchildren. It’s not easy to conceal a part of who she is, but she’ll do it if it means maintaining some privacy.

Luca Sherwood is used to having his privacy invaded.

As the son of controversial politician Richard (Dick) Sherwood, the paparazzi is always up in his business, just waiting for a scandal to blast all over the social media. Unfortunately, Luca’s brother Rider does have something to hide, and it is something that could destroy their father’s career if the public ever learned of it.

Lyric and Luca are an unlikely duo with far more in common than they think.

One day, all of Lyric’s work at the studio is shattered by an apparent vandal. Devastated, she begins to wonder if her parents were right all along and she should just settle for singing. That is, until Luca volunteers to help her figure out the vandal’s identity. Her resulting romantic & sexual attraction to him is startling, but she’s going to need all the help she can get once she learns that the person who destroyed her artwork may be closer than she thinks.

“And that means what, exactly?” Lyric huffed. “I’m just trying to understand,” he added placatingly yet somehow managing to mock her at the same time. Why is it my job to explain this crap to him? she thought resentfully.

“You know, there’s this wonderful invention out there. It’s called Google.”

“You’re insufferable, you know that?” She cut him off, and he just grinned. “It means that I don’t feel sexual attraction toward anyone. I’m not even a little bit interested in it.”

“You don’t know the half of it. Anyway, being ace doesn’t mean I never ever feel sexual attraction. It just doesn’t happen as often for me as it does for others,” 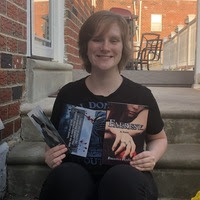 Fanfiction was where it all began. It gave me the opportunity to stretch my creative muscles and work out crucial lessons in the craft. I spent several years writing for free, which helped me understand the realities of the writing world early on.

Once I got to college, I did the one thing that most advisors tell you not to do: I majored in what I was passionate about, not what would be most practical.

After graduating from college with a degree in Professional Writing, I took a year off and then enrolled in a double Master's program. In the 3 years that followed, I dedicated myself to learning as much as I could about all areas of writing and publishing.