I am thrilled to be hosting a spot on the THE BEAR HOUSE by Meaghan McIsaac Blog Tour hosted by Rockstar Book Tours. Check out my post and make sure to enter the giveaway! 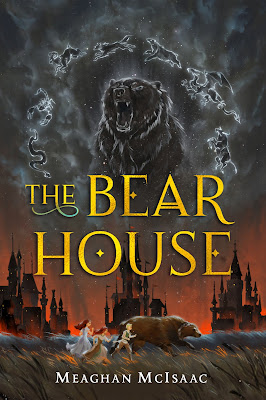 Pre-Order The eBook now for 99 cents!

In a gritty medieval world where the ruling houses are based on the constellations, betrayal, intrigue, and a king's murder force the royal sisters of the Bear House on the run!

Moody Aster and her spoiled sister Ursula are the daughters of Jasper Lourdes, Major of Bears and lord of all the realm. Rivals, both girls dream of becoming the Bear queen someday, although neither really deserve to, having no particular talent in... well, anything.

But when their Uncle Bram murders their father in a bid for the crown, the girls are forced onto the run, along with lowly Dev the Bearkeeper and the Lourdes's half-grown grizzly Alcor, symbol of their house. As a bitter struggle for the throne consumes the kingdom in civil war, the sisters must rely on Dev, the bear cub, and each other to survive--and find wells of courage, cunning, and skill they never knew they had.

"The stellar worldbuilding is both expansive and accessible, and the action never falters. . . . Thrilling adventure set in an enchanting world makes this an easy pick for high fantasy fans."—Kirkus Reviews

REVIEW
*I received a free copy of this book which I voluntarily chose to write an honest review for.
This is a fantastic start to a new middle grade fantasy series. We get to follow two extremely spoiled sisters as they are forced to run for their lives after their Uncle killed their father so he could be the leader of the bears. This leads to quite the adventure full of wonderful characters that are sure to keep the readers attention. Makes for quite the fun read. I really liked it so I give it 4/5 stars. 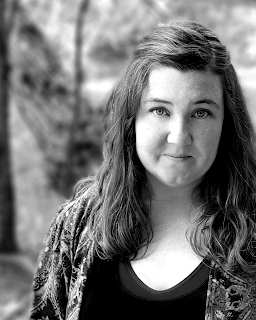 3 winners will win an eBook of THE BEAR HOUSE, US Only.