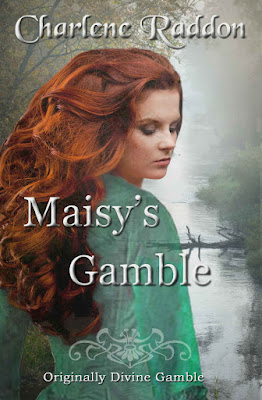 Women Earning a Living in the 19th Century

In 1841 occupations were included in the census and provided some of the best information about working women, but it is more accurate for men than for women. Women's work was often part-time, casual, and not regarded as important enough to declare.
It might have been illegal (as with prostitution) or performed in unregulated sweatshops (a further reason for failure to record). Women may have also have preferred that their husbands not know about their income-earning.
Female employment in the 1850s, 60s and 70s appears to have been higher than any recorded again until after World War II. Family budget evidence suggests that around 30-40 per cent of women from working class families contributed significantly to household incomes in the mid-Victorian years. This might have been even higher during the industrial revolution decades, before the rise of State and trade union policies regulating female labor and promoting the male breadwinner ideal.

Domestic service was the largest employer for women, closely followed by work in clothing and textiles. Other work included confectionery, brewing, sewing, mending, seamstressing, laundry work, cleaning and waitressing.
For my heroine in Maisy's Gamble, dealing faro in saloons proved a better choice not only for its earning power but for safety since her nemesis considered ordinary saloons beneath him. Being born in a brothel and raised in a gutter gave Gold Kingsely an exaggerated disdain for the type of life his mother lived. Maisy used this to her advantage.
Dealing faro also gave her the freedom to move around a lot, making her more difficult to find. She spent her adult years finding ways to evade Gold. But time is against us all, and she knew he would find her someday. Fortunately, that day waited until the hero, The Preacher, came into her life.
The Preacher spent his adult years allowing the vagaries of life to rule him. That ended once Maisy entered his life. Bonded by a common enemy and the need to stay alive, Maisy and Preacher joined forces to battle Gold but only time could calculate their odds of winning the biggest gamble of their lives.

EXCERPT:
In this scene, a patron in the saloon where Maisy works is mistreating his dog.
On impulse, Maisy stood and said, "Play me for him, Mr. Siddens. One hand of Draw. I'll wager twenty dollars I can beat you. If you lose, the animal is mine, and you leave Pandora."
Crude laughter burst out of the man, splattering her with spit. "Ya joshing me, Maisy? He ain’t worth a plugged nickel."
Marshal
Harker moved to her side. "What are you doing?"
She ignored him. "Well, Mr. Siddens...?"
The drunken bully looked from her to the marshal and shrugged. "Why not? I don't mind takin' money from a woman."
Harker leaned close and whispered, "He's drunk, and he cheats."
"I know. Don't worry. I can beat him."
Shaking his head, the marshal lifted his hands in resignation. "Fine. One hand of Draw. But win or lose, Mr. Siddens, you're done for tonight."
"Whatever ya say, Marshal." With that, Siddens righted the chair he'd knocked over, sat down and gathered up the scattered pasteboards.
Taking the opposite seat, Maisy drew a sealed deck from her skirt pocket. "You don't truly think I'd let you use your cards, do you? I've known too many gamblers who cheat."
"Why, you..." He raised a hand, ready once more to strike out. At the cocking of a six-gun, Siddens dropped his arm and sat back.
Maisy looked up in surprise to see Preacher slip his Colt back into its holster. He tipped his hat, and she acknowledged it with a nod. Why had he protected her? Did it mean he didn't work for Gold or had Gold ordered that she be kept alive until he got his hands on her?
"Maisy?" Jake said, bringing her back to herself.
Determined to finish what she'd started, she reached into the small drawstring purse dangling from her wrist to find a gold eagle which she placed on the table.
Eyeing the coin, Siddens sneered, "Want me ta put the dawg on the table, too?"
She forced a smile. "We'll just pretend, shall we?" She shuffled and offered him the deck to cut. After dealing, she picked up her cards. An ace, two jacks, a ten and a five. After setting the ten and the five aside, she placed the remaining three cards face down on the table. "How many would you like, Mr. Siddens?"
"Three shiny new ones," he said, tossing down his discards.
She dealt the cards. "Dealer takes two."
Aware of the throng gathered around the table, Maisy let her eyes roam the faces, quickly passing over Preacher's. The spectators murmured among themselves and money exchanged hands.
"Well, Mr. Siddens, what do you have?" she asked.
He grinned as he spread out three queens on the table. "Three ladies. Can't top that, now can ya, sugar?" He laughed and swapped looks with a few men.
She smiled and laid down her cards. Three aces and two jacks. A full house.
"What the...?" Siddens leaped to his feet. "Marshal, arrest her. She musta cheated."
Jake gave his head a firm shake. "No, she's just a damned fine player."
Grumbles erupted from losers as bets were paid off. Maisy called for paper and a pencil. When they arrived, she set them in front of Siddens and ordered him to write out a bill of sale.
"Bill o' sale!" he ranted. "I didn't sell the mutt. I got cheated out o' 'im."
"Write."
Siddens did. "Damned dawg ain't no good nohow."
The crowd dispersed. A deputy appeared to escort the gambler from the saloon.
Back at her table, she settled the dog on the floor in the warmth of the stove and called for food scraps and a wet cloth to clean the animal's wounds. "I think I'll call you Hock," she told him, "after the last card played in a hand of faro. When we go home, you'll meet Soda. She's named after the first card played."
He wagged his tail as if he approved.
Jake Harker returned and took his usual seat, grinning at her. "Dammit, Maisy, I can't believe you pulled that off. That piece of crap is a good card player, even without cheating."
"Yes, well, two can play at that game."
He stared at her a moment. "You mean what I think you mean?" Leaning forward, he gave her a stern look. "Did you cheat, Maisy?"
Avoiding his gaze, she began arranging her faro gear on the table. "Someone had to get the poor animal away from him. He's a brute, and you know it."

Author Bio:
Charlene Raddon is a bestselling author of western historical romance novels. Originally published by Kensington Books, she is now an Indie author. She grew up on old western movies and loved them, but never intended to be a writer. That part of her life just happened. Besides writing and reading, she raises orchids, designs book covers, and spoils her grandchildren.