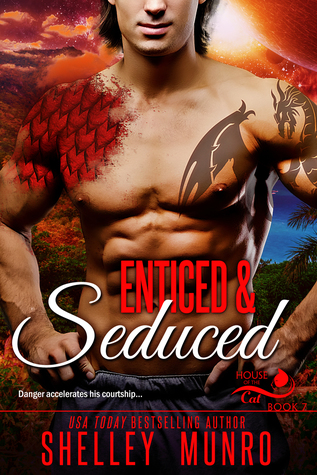 Some days, getting out of bed is a mistake…
Kaya Ignatius loves her job, working as part of the Indefatigable crew. But this isn’t a normal morning. Gryffnn Drake, a hunky dragon shifter, has a problem with another clan and wants her to act as his betrothed. It’s a chance to smash a dry spell and help the man who has become a good friend. After all, what’s not to like about steamy sexual encounters?
But everything after that is downhill.
She’s slimed by a stinky plant, her brother arrives with bad news and dumps a huge, scary responsibility in her lap. Suddenly, her life is full of drama and nasty surprises.
Gryffnn has always lusted after Kaya, but she only saw his older brother. Now things have changed, and he has a plan to capture the sassy Kaya and woo her to his way of thinking. A move by an opposition clan forces him to escalate his romantic plan. Things proceed well until the past struts in to say hello and creates havoc with his love life and his dragon clan.
Never mind bed, Gryffnn and Kaya are too busy putting out dangerous fires and trying to stay alive to worry about the future…

Goodreads / Amazon
—
SPECIAL ENTICED & SEDUCED RELEASE DEAL – For a limited time.
Aliens kidnap troubled jockey. A plot to overthrow the royal family. Aliens visit Earth for Christmas. Read all about it!
Purchase the House of Cat Box Set, which includes books 1 – 3 for $2.99 instead of the normal price of $8.99. That’s a 67% saving!
—
EXCERPT:
A servant tapped for entry. He approached Gryffnn. “The dragons from Dalcon have arrived,” he said instead of announcing dinner.
Damn and blast. This was typical Aideen, always doing the unexpected.
“I’ll meet them at the spaceport. Kaya and I will leave now.”
“Their ships have landed on the training field,” the servant said.
“What do you need us to do?” Ry asked.
“I need two guards on Ransom’s chamber. The visitors must not see him. I also need Hallam kept away from them. I don’t trust Aideen.”
“Mogens and I will take care of Hallam,” Camryn said. “Does he understand why he must avoid the Gwilym dragons?”
“Yes,” Gryffnn said tersely. “He understands, but can you reinforce that Lys is his sister and he mustn’t mention her either—to keep them both safe.”
“Nanu and I will watch over Ransom and free up your guard,” Ry said. “Anything else? Where are you housing them?”
“Decorum states I must have them here at the compound. I’ll decide on the exact arrangements once I see who has arrived. Kaya, with me.”
Gryffnn stalked from the communal room, his mind racing in a dozen directions at once. Kaya strode at his side and her silent solidarity shored up his fears. He refused to let Aideen and her clan get the better of him, and he’d protect his brother and their clan to his dying breath. His only regret—he and Kaya hadn’t cemented their bond yet.
“Aideen will scent we’re not mates,” he said.
Kaya winked. “Maybe not. She’ll take one whiff and avoid me.”
“I get a lungful now and then.” A burst of humor shot through him. “With luck the stench has transferred to me, and Aideen will keep her distance.”
Goddess, he wasn’t looking forward to this meeting.
“You’ve got this, Gryffnn,” Kaya said as they stalked outdoors and headed to the training field.
Gryffnn’s chest swelled, and he tugged Kaya to a halt.
“What?”
He hauled her into his arms and kissed her with all the desperation he’d felt when he’d thought Ransom wanted Kaya. He caught her gasp with his mouth and teased her lips with his tongue before he took the kiss deeper. Sweetness burst over him at Kaya’s acceptance of his rough and unrestrained ardor.
“Well,” a strident feminine voice declared. “A fine meeting to be sure. You’d rather dally with your doxy than greet us. With Ransom out of commission, I expected disarray, and I wasn’t wrong.” 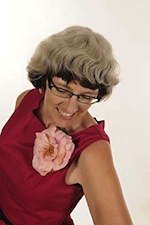 
USA Today bestselling author Shelley Munro lives in Auckland, the City of Sails, with her husband and a cheeky Jack Russell/mystery breed puppy.
Typical New Zealanders, Shelley and her husband left home for their big OE soon after they married (translation of New Zealand speak – big overseas experience). A twelve month long adventure lengthened to six years of roaming the world. Enduring memories include being almost sat on by a mountain gorilla in Rwanda, lazing on white sandy beaches in India, whale watching in Alaska, searching for leprechauns in Ireland, and dealing with ghosts in an English pub.
While travel is still a big attraction, these days Shelley is most likely found in front of her computer following another love – that of writing paranormal and contemporary stories of romance and adventure. Other interests include watching rugby (strictly for research purposes), cycling, baking bread and curling up with an enjoyable book.