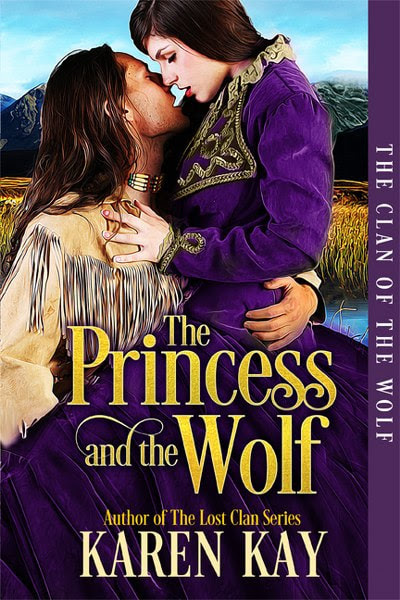 The Princess and the Wolf
The Clan of the Wolf Book 1
by Karen Kay
Genre: Historical Romance

Refusing to believe the rumors that the European prince she was forced to marry had died in a far-off land, the princess, Sierra, sets sail to America, bent on revenge and determined to learn the truth. Because she will require a scout to guide her through the wilderness, she calls in a favor from the man who had betrayed her long ago, the man she had once loved deeply and had hoped to wed, the noble Cheyenne scout, High Wolf.

Many years before, a European prince had invited High Wolf to travel an ocean and as a brother, to live as a member of the royal family. There High Wolf had fallen in love with the princess, Sierra. But instead of an engagement and the planned wedding, the princess had treacherously married his friend, the prince. Betrayed and broken-hearted, High Wolf sailed back to America, determined to forget the princess. But a promise given to her years earlier brings her back into his life, igniting a desire he must resist, for to surrender to her again is unthinkable.

Forced into one another’s company, with the threat of life or death around every corner, overcoming their prejudice might be their only means of survival. But can either of them trust in a love, once betrayed? Or will their past force them apart again, this time forever?...

This book has been previously published.

Warning: A sensuous romance that might fan the flames of desire. Be warned. You might fall in love all over again.
Goodreads * Amazon 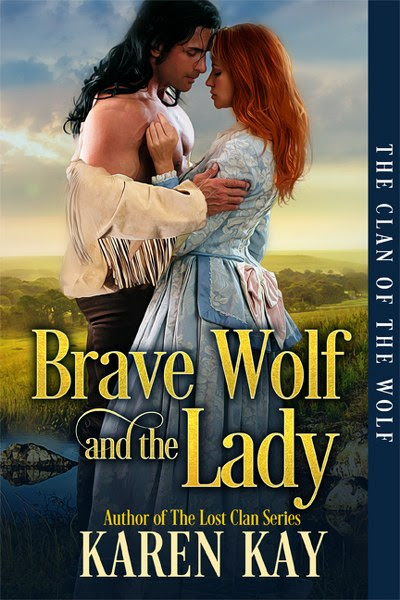 He saved her life, then stole her heart….

To escape an arranged marriage, Mia Carlson, daughter of a U.S. senator, instead elopes with the man she loves. As they are escaping from her Virginia home, heading west, their wagon train is brutally attacked, leaving Mia alone and in grave danger. Rescue comes from a most unlikely source, a passing Lakota scouting party, led by the darkly handsome Indian, Brave Wolf.
Although Brave Wolf has consented to guide Mia to the nearest trading post, he holds himself apart from her, for his commitments lie elsewhere. But long days on the trail lead to a deep connection with the red-haired beauty. Yet, he can’t stop wondering why death and danger stalk this beautiful woman, forcing him to rescue her time and again. Who is doing this, and why?
One thing is clear, however: Amid the flurry of dodging assassin bullets, Brave Wolf and Mia come into possession of a powerful love. But is it all for naught? Will Brave Wolf’s obligations and Mia’s secret enemy from the past finally succeed in the sinister plot to destroy their love forever?
Goodreads * Amazon 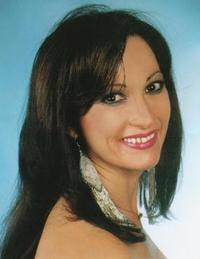 Writing under the pen names of Karen Kay and Gen Bailey, Karen is a multi-published author of Native American historical romances. She has been praised by reviewers and fans alike for bringing the historic American Indian culture to life, and she has been nominated for several different awards. Karen's great-grandmother was Choctaw Indian, and because of this, she is honored to be able to write stories that depict the Native American point of view.

All of her books concern the Native American culture, and says Karen, "With the power and passion of romance, I hope to bring about an awareness of the vital forces that helped shape the American Indian culture. There are some things that should never be forgotten."
Website * Facebook * Facebook * Amazon * Goodreads