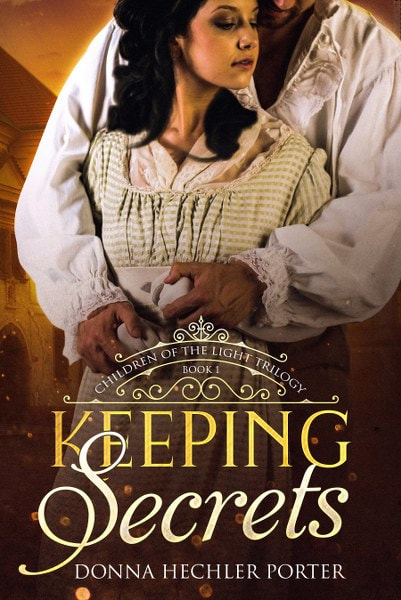 A woman with a past, a man determined to uncover the truth, and a secret that could tear them apart forever.

A Grieving Husband: Amon Cayle needs a seamstress. He has spent the last year rebuilding his life after the tragic death of his wife in a kitchen fire, the same fire that nearly took the life of his eldest son as well. The business of grieving their loss, as well as the work of his tobacco plantation, has caused him to neglect the simplest of tasks. His family now needs clothes and despite his dislike for Mary McKechnie, and their shared past, he offers her the job.

A Desperate Mother: Mary McKechnie needs a job. Her brother has threatened to take her daughters and place them into indentured service if she can’t provide for them. He hasn’t made it any easier by insisting she work only for fellow Friends. When Amon Cayle offers her a job, she has little choice but to accept.

A Devastating Secret: The last time Amon spoke with Mary, after she walked away from him into the arms of another man over twenty years ago, she assured him she was not keeping secrets. He didn’t believe her then, and he doesn’t believe her now. While she is working for him, he is determined to find answers. She is just as determined to not give them.

Will Mary be able to save Amon from the past? Or will his love threaten to destroy them both?

Keeping Secrets is the first book in the Children of the Light Series. The Society of Friends (Quakers) and 1750s colonial Virginia, on the cusp of the French and Indian War, provide the backdrop for this sweeping historical about families trying to live their faith in a new land. Fans of series books will enjoy this series of faith, love, and redemption.
**On Sale for only .99 cents!! ** 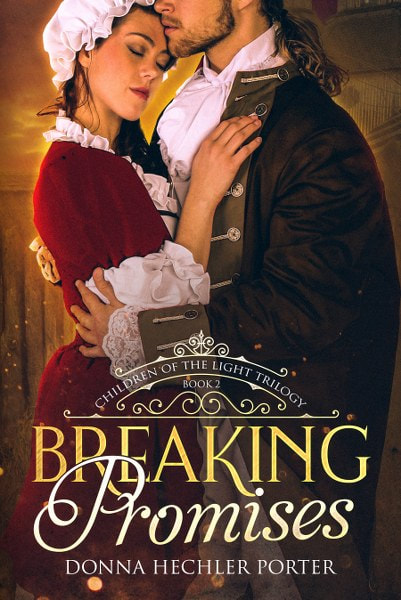 A woman dedicated to peace, and man destined for war, and a journey that will change them forever.

A Haunted Young Woman
Annie McKechnie is desperate to go to the backcountry to her twin sister, Katie McKechnie Sawyer. She is convinced doing so is the only way to end the dreams that haunt her nights and follow her days. The one man who can help her find peace is David Cayle, and she hates him for it.

A Devoted Son
David Cayle, back from a tour of duty with the Virginia militia, is determined to mend the breach he created his with father. Taking the man into the backcountry to rescue his wayward sister, however, was not what he had in mind. Annie’s insistence on going makes matters worse, until it becomes obvious that leaving her behind is more dangerous than taking her along. Or is it?

A Harrowing Journey
A young nation fights for its destiny, and the backcountry is no place for the faint of heart. Only the stoutest souls and strongest minds endure.

But can David keep his promises? And what secrets is Annie still keeping?

Breaking Promises is the second book in the Children of the Light Series. The Society of Friends (Quakers) and 1750s colonial Virginia, on the cusp of the French and Indian War, provide the backdrop for this sweeping historical about families trying to live their faith in a new land. Fans of series books will enjoy this series of faith, love, and redemption.
Goodreads * Amazon 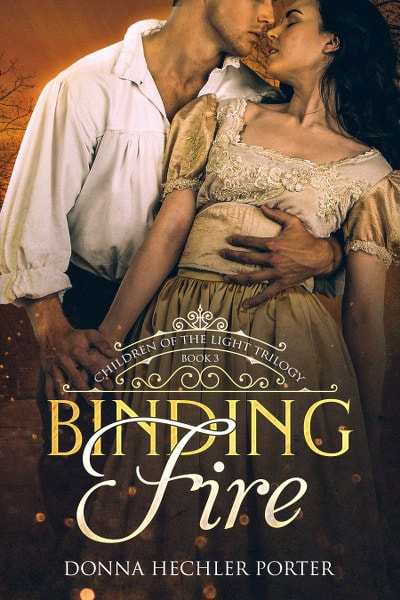 A woman without hope, a man determined to save his family, and a past that could forever change their future.

An Estranged Husband
David Cayle wants nothing to do with his wife. He may have broken promises, but she kept secrets. Important ones. His only hope to mend his shattered self is to start over in the backcountry far away from her and Cayle Farms. But walking away from her is not as easy as he thought, for she is not done with her secrets, and this one will change his life forever.

A Frightened Mother
Annie Cayle faces an unknown future. Despite her last days at Cayle Farms and the danger she left behind, she is desperate to return home. When David Cayle arrives unexpectedly in Richmond, she asks him to change his plans for the sake of her unborn child. But home is not safe, and neither is David Cayle.

A Child that Binds
With their friendship torn apart, and their marriage shattered beyond repair, David and Annie must forge a new destiny for the sake of their child. But when old enemies exact revenge they are forced to confront past secrets and broken promises.

But can David face his deepest fears to save his wife? Or, in the end, will the past destroy them both?

Binding Fire is the third book in the Children of the Light Series. The Society of Friends (Quakers) and 1750s colonial Virginia, on the cusp of the French and Indian War, provide the backdrop for this sweeping historical about families trying to live their faith in a new land. Fans of series books will enjoy this series of faith, love, and redemption.
Goodreads * Amazon 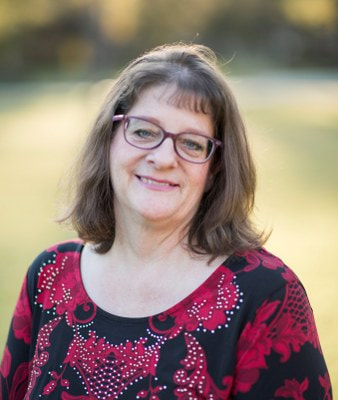 Donna Hechler Porter graduated from Texas A & M University with a B.S. in Education. After many years of teaching, she now homeschools her twin sons and is active in her local homeschool group. Her first foray into fiction, her "Children of the Light Trilogy," has already won numerous awards. She is a member of Romance Writer's of America, as well as the subchapters Hearts Through History and Northwest Houston's Lonestar Chapter. In addition to fiction, she has published five genealogy books and a short biography on her struggles with hypothyroidism titled "Will Someone Please Shoot the Cuckoo?" She is currently working on her fourth novel. You can visit her at her website/blog at donnahechlerporterbooks.wordpress.com. 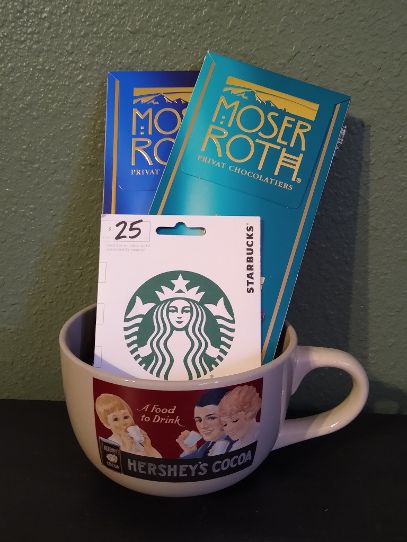 Large mug, 2 candy bars, and a $25 Starbucks gift card
Follow the tour HERE for special content and a giveaway!