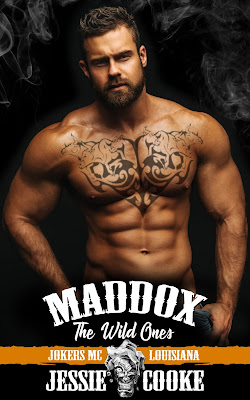 A man and a woman with no apparent connection go missing from the French Quarter on the same day. The president of the Jokers MC is desperate to find his sister, and one of the Westside Skulls is worried about his missing friend.
A group of men who rarely ask for any help turn to Brock Maddox, an ex-soldier turned PI, and Maddox will soon find himself embroiled in a mystery where all the clues seem to lead back to a group of dangerous men involved in organized crime.
For Maddox that might just be any other day in the life...except that something about the missing woman will trigger the nightmares from Maddox's past that he thought he'd lain to rest, and his intense attraction to the daughter of the leader of an organized crime family might just put them all at risk.
New Orleans, Louisiana is a beautiful city and the French Quarter is full of tradition and mystery.
Get out that Harley and ride along as Maddox as he investigates the mystery, falls in love, and tries desperately to stay on that narrow path between the right side of the law...and the laws of the swamp, that only the Jokers live by.

Welcome to the world of the Jokers. When Blackheart's sister goes missing he goes on a rampage but finds nothing. The Westside Skulls send Maddox, a P.I., to help him out. At the start he meets Carmella though he tries his best to stay away from her he just cannot help himself. As he looks into things the stories just do not line up making him suspicious though things kind of stall until he gets insider information then things blow up all together. This all leads to one doozy of a conclusion. A great mix of alpha men, steam, romance, and plenty of suspense/danger. A great addition to this series. I really liked it so I give it 4/5 stars. 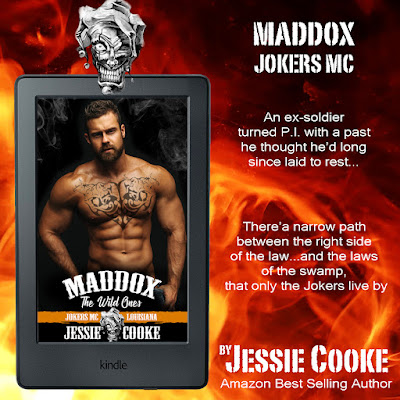 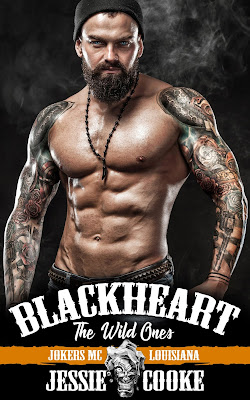 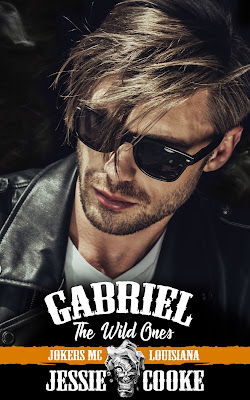