Blog Tour & Review for Claimed by the Moon by L.P. Dover 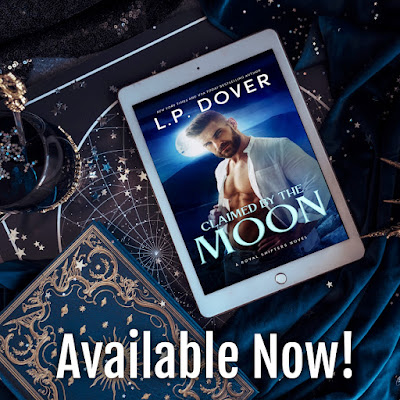 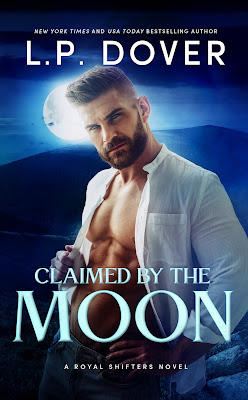 In his 200 years of life, Zayne Lyall has made his share of enemies. The most ruthless of all being Knox Channon, who seeks vengeance for a pack war that took place over a hundred years ago.To gain information he can use to bring Zayne down, Knox reconnects with Amelie Graye, a past love who joined the Royal pack Zayne belongs to. Unfortunately, Amelie doesn't know much about the royal arctic... despite a longing within her to be near him.Amelie and Knox have a tumultuous past that ended after she and her family went rogue following an attack by the Sierra pack. While she has no details to offer about Zayne, Knox sniffing around her leaves his inner wolf snarling.More than anything Zayne wants to charge in and protect the woman his heart aches for. But he has a secret... and it could cost him everything. Amelie is his fated mate. If Knox were to discover this, he would know hurting her would be the key to destroying Zayne. Torn between his desire to claim Amelie as his own and his ferocious passion to protect her, can Zayne find a way to bring down his malicious enemy? Or will an age old vendetta rob him of a blissful future with his bonded mate?

*I received a free copy of this book which I voluntarily chose to write an honest review for.
I have been looking forward to Zayne's story after the last couple books and now it is here. After all he has been through he deserves to find his mate but.no one said it would be easy. Thanks to his stone he knows it is Amelie but that doesn't mean she knows. She has also had some horrid things happen in her past but is determined to move forward. Just as things start to progress they both get a surprise from there past that they will have to overcome. This makes for a great story as they figure it all out. Perfect for fans of shifter romance. I totally loved it so I give it 5/5 stars.

I watch Colin and Zayne on the back porch, and it’s hard not to notice how handsome Zayne is. He’s over a hundred and fifty years older than me, but he doesn’t look a day over thirty. His beard is short and well-kept, maybe even slightly rugged. He’s not your typical wolf. But, I’m not going to lie, he fascinates me.Colin walks in through the back door, and I turn away to make it look like I wasn’t staring. I figured Zayne would follow him, but when the door doesn’t open again, I peer over my shoulder to see him still on the deck, his attention turned to the mountains.“Is he coming in?” Kami asks Colin.“Oh, yeah,” Colin answers. “He said he just needs a minute.”Colin busies himself with helping Kami, but I can’t take my eyes away from Zayne. An idea pops into my head, and I smile. Moving over to the wine, I fill up my glass and turn for the door.“Where are you going?” Kami asks.I wink at her over my shoulder. “You say people love talking to me, so I’m going to see if it’s true.”Her eyes widen. “You’re going out there?”Both her and Colin stare at me as if I’m about to walk into the lion’s den. But, then again, that doesn’t scare me. Nothing does anymore. Zayne’s just a wolf who doesn’t like to socialize with people. Unfortunately for him, I’m not going to give him a choice.“Hopefully, he doesn’t leave me hanging,” I say, backing up out of the room.Their mouths gape, but they don’t try to stop me. When I get to the door, I take a deep breath and walk outside. Zayne tenses when I step onto the deck, but he doesn’t acknowledge me. I move closer, but there’s about three feet of distance between us. Bringing the wine to my lips, I slowly sip some down, wondering if he’ll speak to me first. Of course, he doesn’t, but that doesn’t shock me.Turning my body toward him, I smile and wait for him to look at me. “I’m Amelie. I don’t think we’ve been formally introduced. I’m a good friend of Laila’s.”Being around royals is always interesting. Zayne slowly turns his head my way, and it’s the first time I’ve noticed how blue his eyes are. I can feel his power more so than any other wolf I’ve been around. He’s strong.“I know who you are,” he says, his voice low in that sexy sort of way. “It’s a pleasure to meet you.” 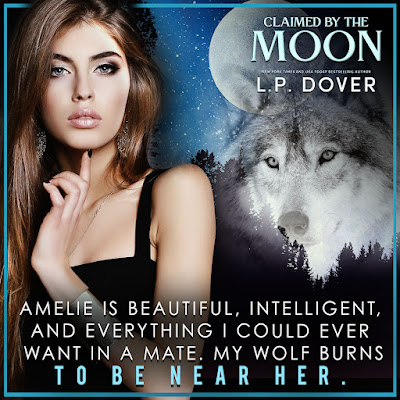 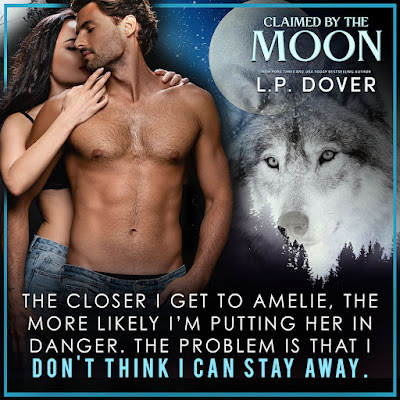 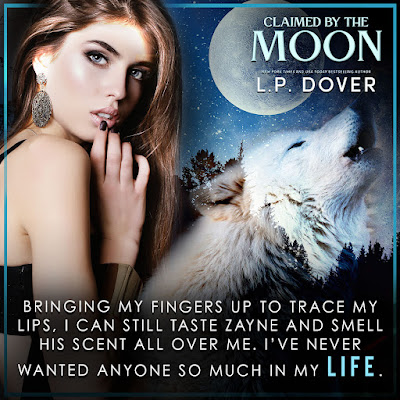 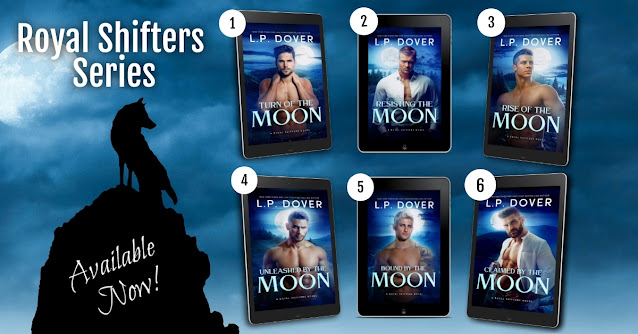