Blog Tour, Review, & Giveaway for Murder at the Mushroom Festival by Janet Finsilver

Murder at the Mushroom Festival 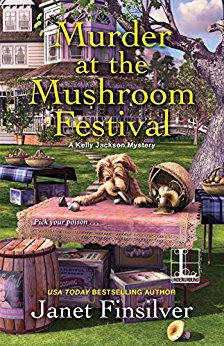 Murder at the Mushroom Festival (A Kelly Jackson Mystery)

There’s a corpse among the chanterelles!
Redwood Cove Bed and Breakfast manager Kelly Jackson is hosting a cooking class during the Week of the Mushroom festival to attract guests, not drama. But soon after she finishes foraging for an edible mushroom species on sacred Native American land, a local newspaper reporter gets shot dead at the same site. With suspicions spreading like fungi in the quaint Northern Californian community over the culprit’s identity, Kelly and a savvy gang of sleuthing seniors known as the “Silver Sentinels” must uncover the truth about the secluded property before a tricky killer prepares another lethal surprise . . . 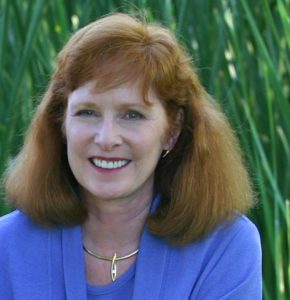 Janet Finsilver is the USA TODAY bestselling author of the Kelly Jackson mystery series. She worked in education for many years as a teacher, a program administrator, and a workshop presenter. Janet majored in English and earned a Master’s Degree in Education. She loves animals and has two dogs–Kylie and Ellie. Janet has ridden western style since she was a child and was a member of the National Ski Patrol. One of the highlights of her life was touching whales in the San Ignacio Lagoon. MURDER AT REDWOOD COVE

, her debut mystery, was released on October 13, 2015. Her second book, MURDER AT THE MANSION

What a cute new addition to this wonderful series. Kelly is fairly settled by this point and highly involved in the tight knit community. There is a mushroom festival going on that sounds like great fun if it wasn't for the dead body that was found. When a friend ends up the main suspect she starts asking questions with the help of the Silver Sentinels who are a hoot I must say. Add Tommy, his dog, and a pig to get a cozy that you won't want to put down. The mushroom info was just an added bonus. I really enjoyed so I give it 4/5 stars and I highly recommend it to fans of the genre.