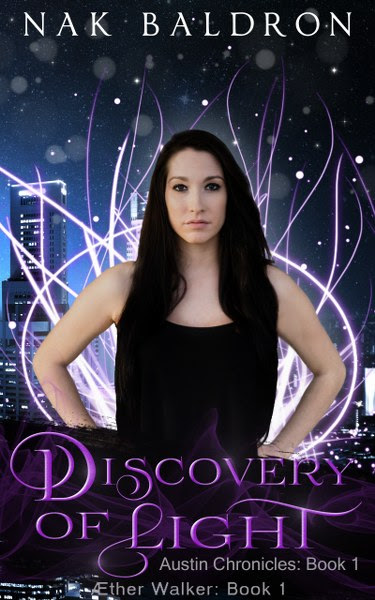 Aether Walkers plague the city!
Kandice sees the creatures throughout her city, but no one else seems to care.

She watched as an Aether Walker killed her mother. Now regret fuels her need for vengeance. Forced to live with her aunt - Kandice must hide her nightly hunts. How could she explain the need to kill these creatures when they appear human to everyone else?

Kandice struggles to attend school by day, and hunt by night. She meets a fellow hunter and discovers just how little she knows. Now she's confronted with a choice - to trust him or not. Vengeance isn't possible alone.

Can she manage to pull off her double life - avenge her mother, and keep her 4.0 GPA? The weight is crushing her, and something is about to break.

Discovery of Light is a lightning-paced urban fantasy - gripping adventure - with a strong heroine, a mysterious hero, and unique magic.
Goodreads * Amazon 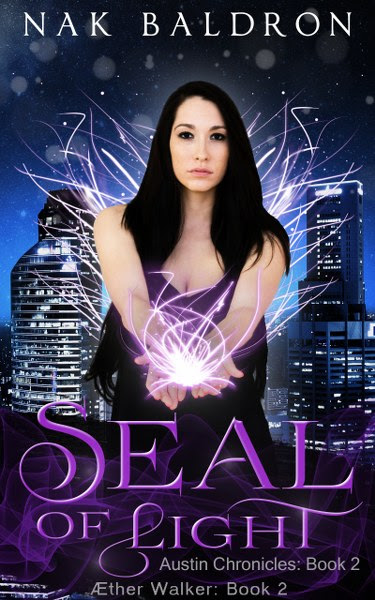 Aether Walkers still plague the city, but at least Kandice is not alone.

After discovering that Lance can see the Aether Walkers, Kandice has decided he will teach her. However, he doesn't know it. She struggles to pull off her double life, but it hasn't fallen apart. Yet!

Kandice's issues with her aunt heat up and she must choose between family and honor. Her skills as a huntress are at an all time high, but they're still not enough. She needs help, and only one man can provide it. Will her feelings for him get in the way?

When Kandice learns the truth about the Aether Walkers, will she be able to make the right choice? She stands in the eye of the storm. One wrong step and she'll lose everything she has left.

Seal of Light is a lightning-paced urban fantasy - gripping adventure - with a strong heroine, a mysterious hero, and unique magic.
Goodreads * Amazon 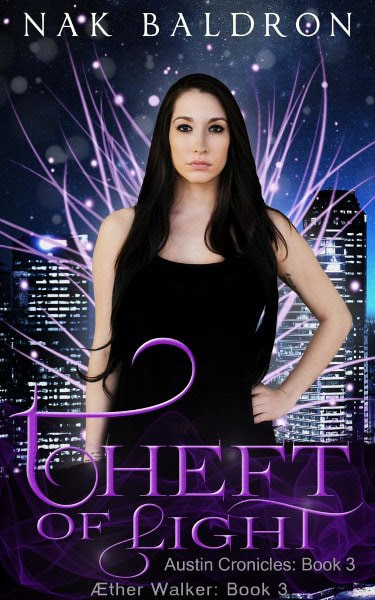 The mayor is an Aether Walker!

Kandice and Lance must save the city, but they can't do it alone. They're putting their team together, while at the same time the mayor is preparing to take over the city.

Kandice has made her choice, moved out from her aunt's house, and left school behind. She is committed to fighting the Aether Walkers, but now it's more than revenge for her mother's death. If she fails the whole city will suffer.

Will Kandice and the team be able to pull off their mission? If they fail it will cost more than their own lives.

Theft of Light is a lightning-paced urban fantasy - gripping adventure - with a strong heroine, a mysterious hero, and unique magic.
Goodreads * Amazon 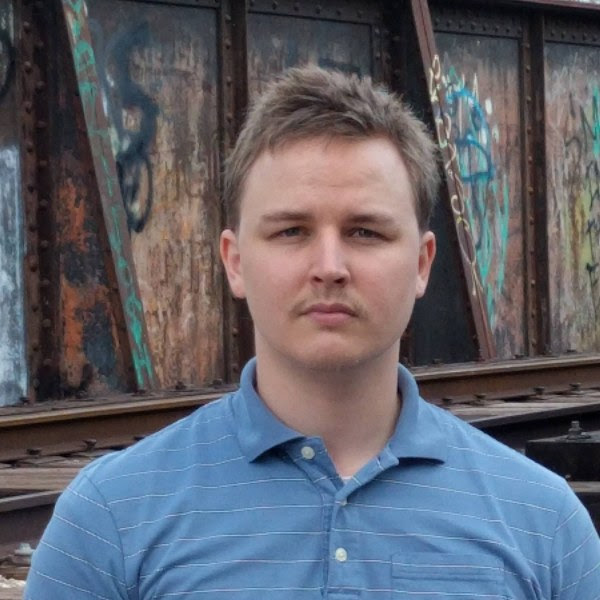 Nicholi (N.A.K. Baldron) is an author and avid reader. He likes stories that take place in fictional worlds, with memorable characters.
He spends his days debating between whether it’s coffee or tea time, and pecking away at his keyboard to produce stories for his readers. He can be found strolling through one of the many wooded areas in the small town outside of Austin, Texas that he calls home.
If he could have any power, it would be the power to control time; then he could freeze it and find enough reading time. One of his deepest regrets in life, is knowing he’ll never get around to reading all the books on his to-be-read list.
Knowing how precious reading time is, he’s always honored when his readers choose to spend their time on his stories.
Website * Facebook * Twitter * Instagram * Pinterest * Goodreads * Amazon