When you're teased and tormented as a kid about everything you're not able to change about yourself, you grow up tough on the outside, but shattered in a million pieces on the inside. Steve was a poor kid, thrust into a world where people had everything he thought he wanted, but couldn't have. He was bullied for being “different” and made to believe he was “less than” everyone else.
Ten years later, Steve is now Sledge, an enforcer for the Westside Skulls. He found a place where he could put his tough skin to use, and people weren't constantly judging him. He loves life in the MC. He works hard and he plays harder and he never lacks for female companionship. For once in his life he has everything he wants or needs. Well...almost everything.
Daria Ford had it all growing up. Money, looks, popularity...everything except what she really wanted, the one thing that would make her happy. Daria wanted Steve and since she was used to getting what she wanted, she was shocked when her plans went sideways, and she was left feeling embarrassed and rejected.
Ten years later Daria is still searching for fulfillment. She has a good life, but she's not happy. She's always felt like something was missing and when she started writing romance novels for a living, it seemed to fill the void, at least for a while. Funny thing was that all the heroes in her books looked and sounded a lot like Steve, her high school crush.
When Daria accidentally crashes head first back into Sledge's life, will these two people come together and find what they've both been looking for all along? Or will Sledge's insecurities rule his heart and Daria's imagination fool hers?
* * *
Book 5 in the Westside Skulls MC Series.
This is a Standalone Romance Novel but characters from the previous stories in this series appear in this and future books in the series.
HEA and No cliffhanger.
Intended for Mature Readers.
* * *
The Westside Skulls MC Series is about members of the MC club, their friends and associates.
Each story, while focused around one main character, is not necessarily about a Westside Skulls club member, but the story is related to Skulls members and the club.

Cooke has written yet another amazing MC romance that will keep you hooked and wanting more. This time we get Sledge's story as he has to deal with his horrid childhood when confronted with Daria. Maria has always wondered what happened to him and regrets her role in his past. It was riveting as these two fought, pretended, and so much more on there way to be together. Having the MC in it as well just takes to the next level. Perfect for fans of the genre. I really liked it so I give it 4/5 stars. 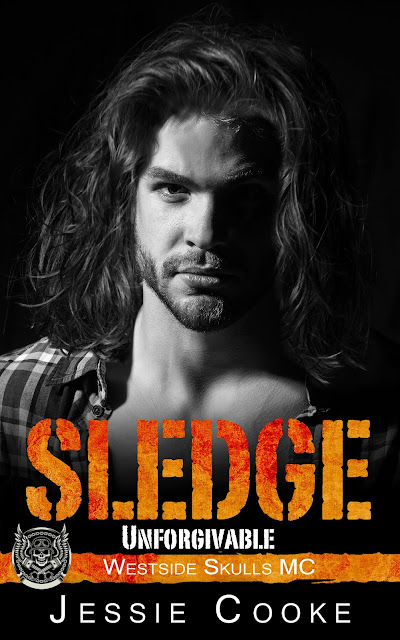 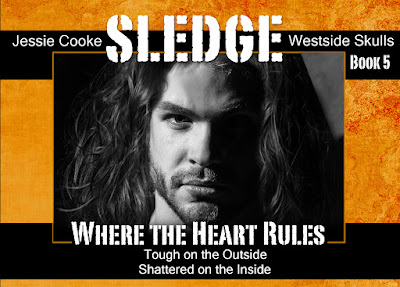