Blog Tour & Giveaway for The Silver Series by Cheree Alsop 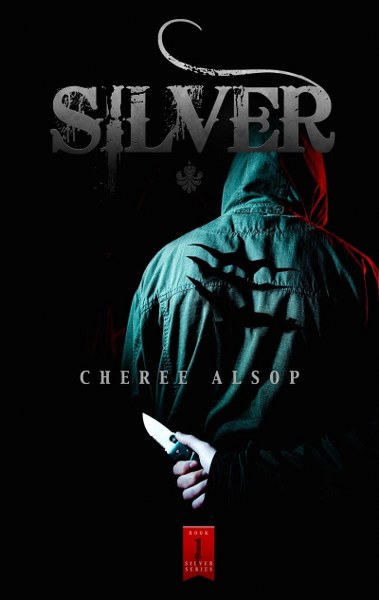 His Father Is Murdered By Werewolf Hunters

After his father is murdered, Jaze and his mother are forced to flee and start new life. On top of adjusting to a new school and trying to make new friends, he must try to stop a killer from striking again.

Moving to a new place is difficult for any teenager. Being a werewolf, Jaze must make peace with the territory’s pack. Falling in love make his new situation even more perilous.

Silver is the first book in a fast paced and exciting series unlike any werewolf books you have read before. It shows that with love, there truly are no limits.

˃˃˃ “All around this book was such an awesome read. If you enjoy books with suspense, fighting, and romance you'll love this one.” Niala- Goodreads Reviewer 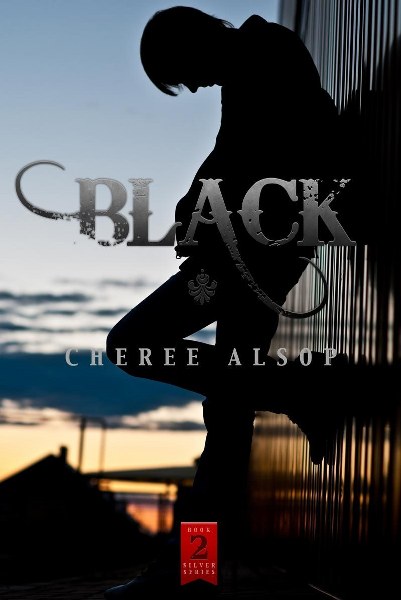 A Werewolf Stolen From His Family And Forced To Fight

Black tells the story of Jet Black, a young werewolf who was kidnapped as a child and raised for combat in a werewolf fighting ring. Through it all Jet becomes a ruthless and brutal fighter.

˃˃˃ A Chance For A New Life

When Jet is rescued by Jaze on the brink of death, he is given the chance for a new life, but haunting reminders of his past follow him as he tries to make a fresh start. He must confront his dark history in order to protect the girl he loves, or risk being swept away into the pain and humiliation of the arena once more.

˃˃˃ Black is the second book in the fresh, new Silver werewolf series

It is fast paced, dark, and shows that love is something worth fighting for
Goodreads * Amazon 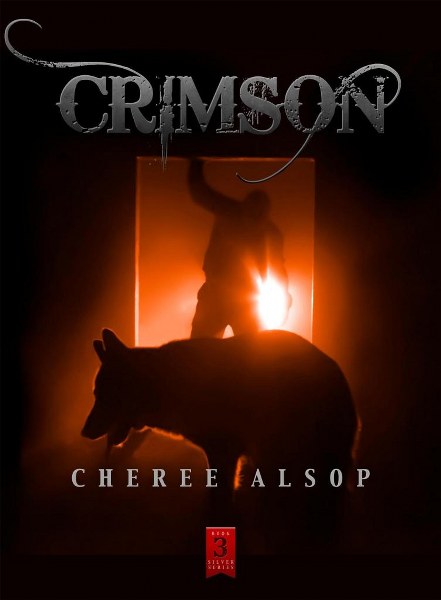 After Dying In A Car Accident He Returned As Someone, Something Different

Kaynan was a teenager whose life was cut short by a car accident. That is, until he woke up as a werewolf. He is forced to quickly adjust and learn how to survive in his new form.

˃˃˃ Can He Find Redemption Apart From Death?

Burdened with heavy guilt over his sister’s death in the same accident, Kaynan escapes with a blind girl named Grace who gives him purpose and direction. They seek shelter with a pack of werewolves who brave dangerous odds to help them. Kaynan is given the ultimate chance to make up for his poor decisions, but dying again might be the only way to redeem himself.

˃˃˃ Crimson is the gripping third installment in the Silver werewolf series!

It is a story of love and redemption amid danger and violence, a story where accepting change may be the only way to survive.
Goodreads * Amazon 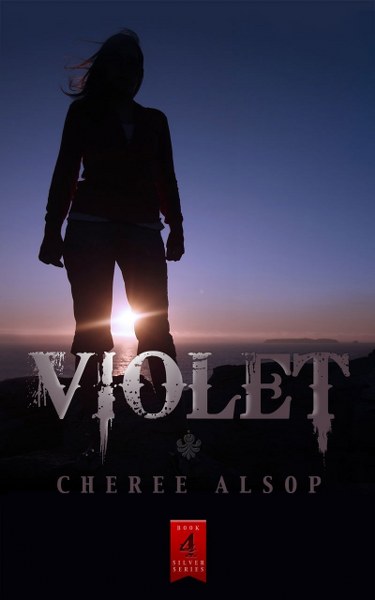 A Teenage Girl Awoken as a Werewolf

Colleen awakens to the harsh reality of life as a werewolf.

˃˃˃ Solace in an Unexpected Ally

Protected by a wild werewolf with golden eyes, Colleen finds solace in his forest and control over her rapidly changing life.

˃˃˃ Another Welcome Chapter to this Fresh, Exciting Werewolf Series

Colleen’s control is put to the ultimate test when her loved ones are in danger, forcing her to choose between freedom or returning to the source of her nightmares.

˃˃˃ “I really enjoyed the wild element that played a key role in this book. Rafe may be one of my favorite secondary characters ever created. Read this book!” Jennifer Ekins- Goodreads Reviewer 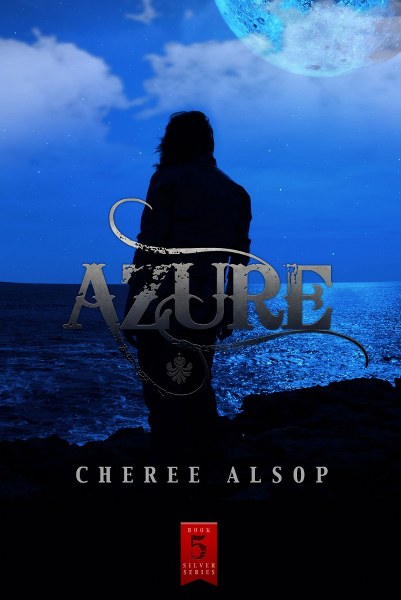 A Werewolf Rescues a Human

An alpha werewolf who rescues a human from the vengeful grasp of his pack.

˃˃˃ Against All Expectations

Nora is the only person who is not afraid of Vance’s size or strength, and in return she gains his respect.

˃˃˃ Another Welcome Chapter to this Fresh, Exciting Werewolf Series

When Vance is pushed to the edge of survival, his heart is torn between loving Nora and a werewolf who befriends him with the kindness that is greatly lacking in his life.

˃˃˃ “I instantly enjoyed watching the interaction between Vance and Nora. They don't always agree/ get along and sparks fly. I found them so real. I could see myself doing and saying some of the same things Nora did. . .this is an amazing read!” Tiffany, Tifferz Book Review- Book Blogger 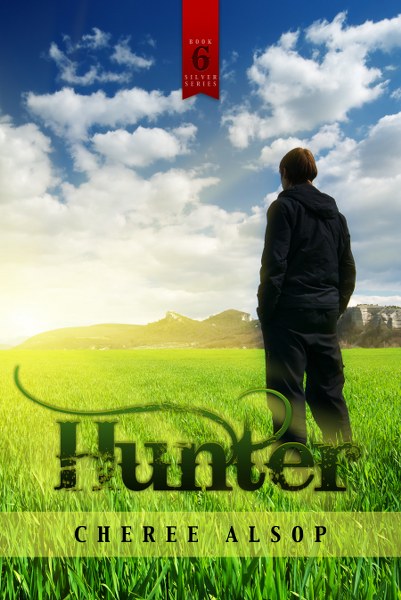 He Thought He was Alone

Dray, a werewolf who feels trapped and alone in his small farming town. He struggles to find his place and fit in despite his differences.

then Dray’s world is shaken when a cute girl shows up the same time as a vengeful wild werewolf pack. With Jaze’s help, Dray fights to protect his town, but when Jaze is in trouble, Dray puts everything on the line to help the werewolves who changed his life.

Hunter is about finding the courage to step into the unknown. It is a story of risking life for love, and discovering the truth about one’s self in the heart of adversity.

˃˃˃ “This is another great book in the series. I loved it and am getting very little sleep while reading the series. It's so hard to put my kindle down, I just want to know what happens next and am so entranced by these books.” arlc- Amazon Reviewer 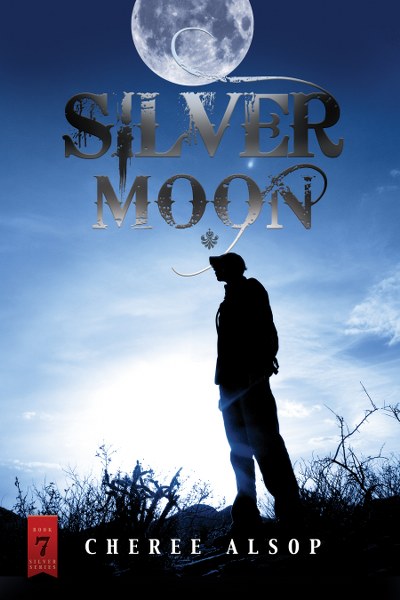 The Culmination of a Hero’s Journey

Jaze he fights to hold onto the peace he has achieved for the werewolves.

˃˃˃ Tensions Rise and Ultimatums are Made

Jaze is forced to make a decision that will change everything for werewolves, hunters, and humans alike. Hearts are broken, lives are forfeit, and Jaze’s pack is called upon to save those who survive.

˃˃˃ The Gripping Conclusion to This Fresh, Exciting Werewolf Series

You have journeyed with Jaze and the other werewolves through their adventure. Join us to find out what happens.

˃˃˃ “I was hooked from the very beginning of this series with Jaze's story. This book had me going in so many different ways with my emotions. My heart broke with Jaze's in some of the parts of the story. But, I loved the ending.” Patricia- Amazon Reviewer 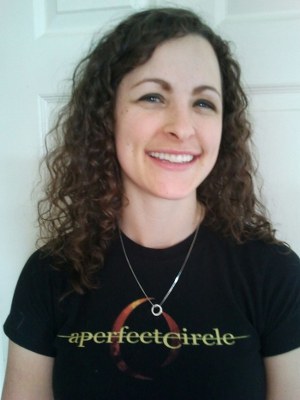 Cheree Alsop is an award-winning, best-selling author who has published over 40 books. She is the mother of a beautiful, talented daughter and amazing twin sons who fill every day with joy and laughter. She is married to her best friend, Michael, the light of her life and her soulmate who shares her dreams and inspires her by reading the first drafts and giving much appreciated critiques. Cheree works as a fulltime author and mother, which is more play than work! She enjoys reading, traveling to tropical beaches, riding motorcycles, playing the bass for the band Alien Landslide, spending time with her wonderful children, and going on family adventures while planning her next book. Cheree and Michael live in Utah where they rock out in their garage band, enjoy the outdoors, plan great quests, and never stop dreaming.
Website * Facebook * Twitter * Instagram * Amazon * Goodreads