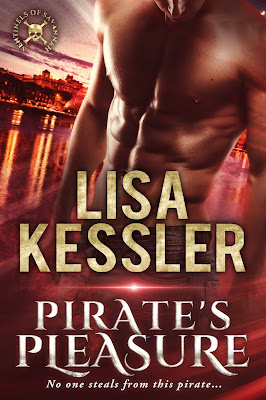 No one steals from this pirate...

John Smyth has survived mutinous pirate crews, wars, and the passage of centuries by keeping his life as he did his ships, organized and well stocked. But when his crew is tasked with stealing Pandora’s Box for the government, it opens a door to destruction, and her name is Harmony Andrews.

Harmony is a risk-taking investment broker by day, and a thief by night. As a member of the underground Digi Robins crew, she steals relics to sell on the dark web and donates the money to people without insurance who need life-saving medical treatments. After taking a box from the docks in Savannah, she finds herself being hunted on multiple fronts, but she never expects the chaos trailing her to lead directly to her boss, the sexy, infuriating John Smyth.

The fearless thief has tangled with the wrong pirate, but he will be forced to choose: will he keep his heart safe at port, or follow it into the storm of pleasure.

Grab the first 2 books in this companion series! 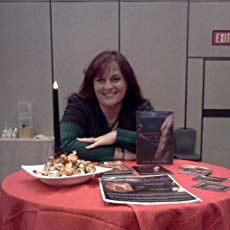 Lisa Kessler is a Best Selling author of dark paranormal fiction. She's a two-time San Diego Book Award winner for Best Published Fantasy-Sci-fi-Horror and Best Published Romance. Her books have also won the PRISM award, the Award of Excellence, the National Excellence in Romantic Fiction Award, the Award of Merit from the Holt Medallion, and an International Digital Award for Best Paranormal.

Her short stories have been published in print anthologies and magazines, and her vampire story, Immortal Beloved, was a finalist for a Bram Stoker award.

When she's not writing, Lisa is a professional vocalist, and has performed with San Diego Opera as well as other musical theater companies in San Diego.