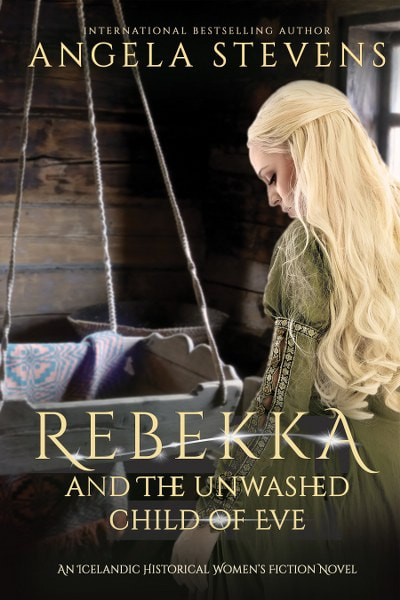 Rebekka and the Unwashed Child of Eve
by Angela Stevens
Genre: Historical Fantasy

A childless couple’s lives are changed forever by the miraculous discovery of a little girl entombed in ice on the Langjökull glacier.
1870: A bleak Christmas Eve night is made all the more pitiful by the recent death of a baby. Having buried five stillborn girls in shallow graves next to the croft, Rebekka becomes captivated by a storyteller’s tale of the Icelandic hidden people.
Finnur, will do anything to restore his wife’s happiness, even if it means encouraging her decline into madness. But when the impossible fairytale turns into a reality, the couple’s impulsive decision to foster the child from the ice, is met with fear and superstition, and threatens the well-being of the whole farmstead.
Rebekka and the Unwashed Child of Eve is an enchanting and compelling story of desperation and need. Reminiscent of The Snow Child and The Secret of Lost Stones, it’s painfully human, yet full of hope, unconditional love, and magic.
If you enjoy the magical realism of Melissa Payne and the charming fairy tale style of Ruth Hogan then you will fall in love with Angela Stevens’s lyrical and emotional storytelling.
**Only .99 cents until Dec 7th!!**
Goodreads * Amazon 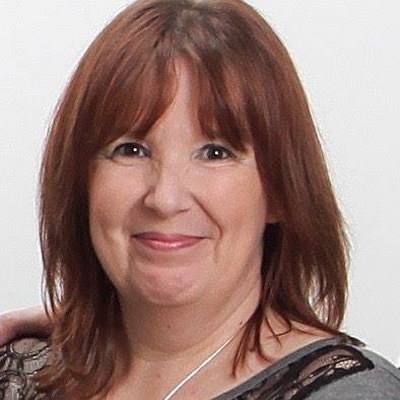 Angela Stevens is an Amazon International Bestselling Romance Author. She also writes Contemporary fantasy and magical realism under her pen name Sadie Collins
Her steamy romance novel, Nolan’s Resolution, from the highly popular multi-author series, ‘After Hurricane Nina’, hit #1 New Release on Amazon in America, Canada, and the UK.
Her 5 book debut series, Hockey Punk, is a sports romance series set around her adopted town near DC and revolves around her favorite sport of ice hockey. Writing in both contemporary romance and contemporary fantasy genres, Angela portrays gritty characters with emotionally charged plots and is not afraid to tackle difficult social issues in her fiction. If you pick up one of her romances, you may have to order an extra supply of tissues, but Angela Stevens will always deliver you a HEA and some smoldering hot scenes to get you there.
In 2020 Angela Stevens rebranded her Fantasy collection and put them under a new pen name–Sadie Collins.
Sadie Collins writes contemporary fantasy. The emphasis is on character and emotion and she has a fascination with folklore and bending the what ifs…
Her six book Vargr Clan Series combines Lycan myth and Native American lore.
Rebekka and the Unwashed Child of Eve is a new venture into a new genre, and Angela and Sadie argued as to who should get their name on the front cover. Ultimately, Angela won out, as she claimed that Sadie did not exist when she first wrote the book. Sadie is still sulking, and at some time in the future there may be a mutiny. In all honesty, this book might need a third pen name, but it came down to the fact that Angela already has more than she can handle without splitting her personality further. If only Angela could pull off a stunt like Finnboga in the story, and cleave herself in two, the ‘team’ could be twice as efficient.
Website * Facebook * Twitter * Instagram * Bookbub * Amazon * Goodreads