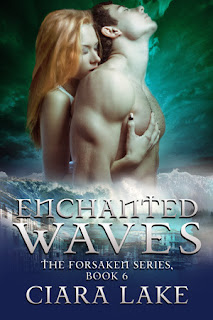 Tabitha Lock's mundane life changes when her future walks out of the sea into her arms.

Attorney Tabitha Lock has put her career before everything, including her love life. Exhausted from too many late nights, early mornings, and endless days spent in court, Tabitha is at the end of her rope. Add to that the sensual dreams and voices that haunt her sleep, and she's driven to the edge of her sanity.

Jax Aquila, Mer prince and son of Poseidon, is ordered to locate a mortal female in the twenty-first century. Although this woman is unaware of it, she has vampire heritage, but her immortality was forsaken to her due to the sins of her ancestor. Old hatred and prejudice toward vampires push Jax toward pursing his own agenda and avoiding his assigned task.

When Jax meets Tabitha, he has no idea this enticing woman is the one he was sent to find. The magic of their attraction drives him to pursue the beautiful woman. When he discovers the truth, can he accept Tabitha for what she is? And can Tabitha accept herself? As they struggle with the issues at hand, an ancient evil stirs, waiting in the darkness to reclaim their lost position among the immortals. When the evil ones make their move and Tabitha's life hangs in the balance can Jax find her in time, or will she be lost to him forever?

Read an Excerpt:
Calypso's breasts heaved with each breath she took beneath the supple black leather. Stretching out beyond the full-length windows, lightning ripped through the night sky as Calypso opened the french doors and stepped out onto the patio. The subtle glide of leather-overheated flesh sent shards of heat through her.

A fine shiver raced over her body and she gasped. Somewhere out there he waited…the culmination of all her lust. From behind her the sound of Angrail and his mate's passion could be heard and it fired her own. Long denied, her lust stirred, slithering through her body like some beast she longed to kill.

She closed her eyes, the image playing across her mind… Sweat slicked skin heaved with each swing of a massive blade. Thin, black lines danced across his chest, swirling down into the curve of a hip, the bulge of his shaft behind his pants teasing her. Muscles bunched and flexed with each step, each blow. Powerful, deadly, his essence called to her, seduced her with its warmth and need.

Calypso stepped to the edge of the balcony and peered over the ornate banister. Beneath her the roaring of the falls drifted upward in a silvery cloud of noise and mist.

She glanced over her shoulder, her fists clenching with emotion. Centuries of service, of loyalty, had been rewarded with freedom, yet she didn't yearn for such a gift. Nay, she yearned for what was beyond her. Angrail was content, he was loved, and out of her grasp. Accepting it hadn't come easy, long nights of bitter envy and tears had come before she'd realized it was necessary.

Come to me. As soft as the wind playing with her braid, the whisper slipped through the chinks in her armor and shot straight to her heart.

With a soft sigh, Calypso hopped onto the banister and inhaled a breath. Arms outstretched, she stepped into mid-air, years of training and skill set in her muscles. Fresh, sweet wind flowed along her body, wrapping her in a warm shawl of familiarity. Without a sound, she landed on the rocks below, her knees folding beneath her as her body coiled in to brace itself. 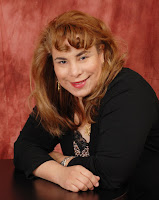 Welcome to Ciara Lake's World. Meet Gorgeous Werewolves, Vampires, Dragons, Mermaids, Wizards, Witches, Mythological Gods and Goddesses, Mere Mortals And More! Fiction has always been a passion of mine. Creating worlds and developing characters is a great way for me to relieve the stress and strain of my everyday world. In fantasy (paranormal) and sci-fi stories, the author has the unique ability to invent wonderfully exotic places and people. I do that in my books. These fantastic genres provide a limitless ability to be creative and inventive. My stories provide an escape into a special world filled with unique and otherworldly things. And there is always a happy ending.