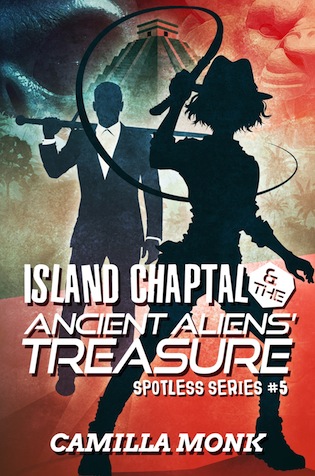 Island and March are back, this time to rescue Joy—Island’s BFF—who ended up in a Cancún jail after nearly killing her boyfriend’s side chica with a three-feet tall birthday cake. Ancient aliens somehow get involved in this mess, and also a guy name Angel Somoza, who hates sloths. There’s gunfights, frenetic capering from Mexico to Cairo, passionate sex, Roomba cats, and a lot of questionable science thrown in.
It’s the final chapter of the Spotless series, and just another Monday for March and Island.

Previous books in the series: 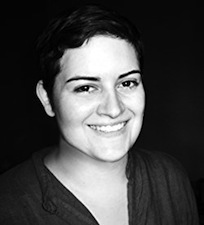 
Camilla Monk is a French native who grew up in a Franco-American family. After finishing her studies, she taught English and French in Tokyo before returning to France to work in advertising. Today, she builds rickety websites for financial companies and lives in Montreal, where she keeps a close watch on the squirrels and complains on a daily basis about the egregious number of Tim Hortons.
Her writing credits include the English resumes and cover letters of a great many French friends, and some essays as well. She’s also the critically acclaimed author of a few passive-aggressive notes pasted in her building’s elevator.