Book Blitz & Giveaway for Hart of Darkness by S.B. Alexander 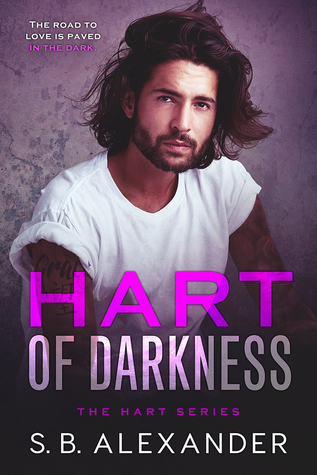 
The road to love is paved in the dark.
Former gang member Dillon Hart abandoned the streets to join the US Merchant Marines. He feels his life is finally on track until he returns home to discover that his sixteen-year-old sister is missing. With his younger brother in jail and his older brother living a life of crime, it’s up to Dillon to find Grace. After four years of searching, a phone call from a morgue gives him a lead that he can’t pass up. Enlisting the help of a cutthroat reporter may be his only hope.
Crime reporter Maggie Marx has just the right mix of grit and sex appeal to get anything she wants, even the darkest stories on the street. Growing up in a gang, she had her fair share of setbacks and obstacles. When Dillon Hart seeks her help, she’s more than ready to take down the street’s biggest enemy. Her actions could help her exact revenge or land her in the belly of the beast.
As Dillon and Maggie team up to search for Dillon’s sister, they aren’t prepared to find what lies ahead. One family is torn apart. Another is brought together. Hearts are shredded, secrets are uncovered, and love takes on a whole new meaning.
Intended for audiences 18+

Goodreads / Amazon / Barnes & Noble / iBooks / Kobo
—
EXCERPT:
I parked two blocks from a sea of red and blue flashing lights. I grabbed my bag, hopped out of my car, and ran up to the crowd that had gathered around.
I sidled up to an older lady. “What’s going on?”
She didn’t even look my way. Instead, she lifted up on her tiptoes to see over others’ heads. “Word is the cops are in a standoff with some gang.”
My internal radar was firing on all cylinders. “What gang?”
She clutched the robe she was wearing. “Not sure.”
I plowed through the throng to get a better view. Some protested as I wiggled my way up to a man in blue, whose name read Miladin on his uniform shirt. I knew some cops but not him.
Police cruisers and unmarked cars littered the street on the other side of the police barricade.
I flashed my reporter credentials. “I’m here to see Detective Ted Hughes.” I scanned the men in blue and some in plain clothes. Ted was tall, lanky, and sometimes hard to miss with his thick mustache that was similar to the actor Tom Selleck’s. I did another once-over and spotted Rick. He wasn’t as tall as Ted, but he was husky, compliments of the gym he lived at during his off-duty hours.
Officer Miladin narrowed his dark eyes. “Civilians are not allowed past this barrier.”
“I work for the paper, so let me through.” I knew working as a reporter held no clout to get me into an active police scene, but most cops knew I was close to Ted.
Officer Miladin stabbed a finger at another police barrier along the sidewalk in front of the brick homes that lined the street. “The media is over there.”
I didn’t budge from my spot. “You’re new. Aren’t you?”
Miladin’s voice dropped an octave. “I said over there.”
I huffed and decided it wasn’t worth arguing. Ted would only kick me out anyway.
I spotted Deidre, a news reporter for CBNT, a local station in the city. If anyone had a lead, it would be Deidre. She was relentless in her hunt to get the big story. I was about to make my way over to her, when a shot rang out through the humid night.
People screamed and scattered.
The cops took cover behind their vehicles.
I managed to duck behind one of many cars parked along the curb. The lady in the robe joined me, breathing heavily, while the crowd scattered to take cover.
Then silence ensued.
I slowly peeked through the car window, when the lady in the robe nudged me.
She pointed a red-painted nail toward the driveway of the house across from us. “Look.”
A girl with bold red hair darted from the back of the house, setting off the motion sensor.
Miladin, who had abandoned his position, edged along the base of the house and down the driveway. He said something into his radio, when the redhead climbed the chain-link fence.
Considering the girl was running, I suspected the cops didn’t have the house completely surrounded. Or if they did, then their attention wasn’t on the girl.
The crowd seemed to be holding its breath. 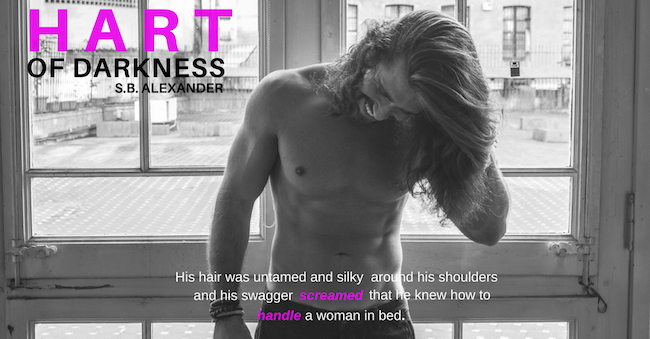 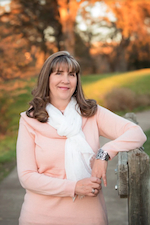 
S.B. Alexander is a bestselling romance author of the Maxwell Series. Her books are filled with stories that tug at your heart, and are filled with romance, drama, action and suspense. As much as she loves to write, she also loves to read. Some of her favorite authors growing up were Stephen King and Edgar Allen Poe. She stills enjoy reading Stephen King. In fact, she loves most genres, although in the past three years she has gravitated toward the romance genre, which is when she started her journey to write her first book. Her motto: write what you love to read.
Aside from writing, she’s a huge sports fan, in particular, baseball. Since she hails from New England, she is a diehard Red Sox fan. She’s also a navy veteran and former math teacher, loves white powdered donuts, and handbags. Her husband calls her the bag lady. When she’s not writing, she enjoys playing golf and hanging out with friends and family.