Blog Tour & Giveaway for Children of the Fifth Sun: Echelon by Gareth Worthington 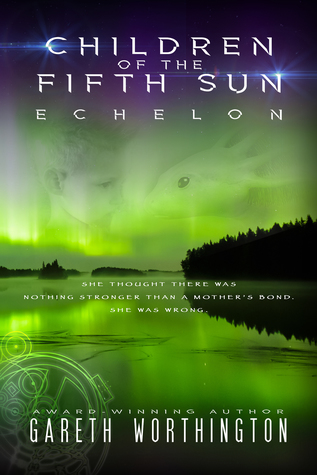 
***SEQUEL TO THE AWARD-WINNING CHILDREN OF THE FIFTH SUN***
SHE THOUGHT THERE WAS NOTHING STRONGER THAN A MOTHER’S BOND.
SHE WAS WRONG.
Fifteen thousand years ago, the knowledge bringers—an amphibious, non-humanoid species known as the Huahuqui—came after a great global flood, gifting humans with math, science and civility. We killed them all.
Seventy years ago, we found one of their corpses preserved in ice and eventually created a clone, named K’in. Our governments squabbled over the creature and we killed that, too.
Now, a sinkhole in Siberia has opened revealing new secrets and humans may once again have a chance to prove we deserve the gifts the Huahuqui bestowed.
***
Freya Nilsson has spent the last five years trying to forget her role in the Huahuqui cloning program. Instead, she hid her son, KJ, from the regimes and agencies who she believed would exploit him for the powers he acquired through his father’s bond with K’in.
An innocent trip to help KJ understand his abilities results in the global conspiracy she fought to bury exploding back to life. Chased by new foes, and hounded to put the needs of the world first, all Freya can think of is protecting KJ—at all costs.

Goodreads / Amazon / Barnes & Noble / Kobo
—
EXCERPT:
Location: Somewhere on the Southern Indian Ocean
No one saw the attack coming.
The first blast tore a hole in the hull at 1:37 in the morning. By 2:15 the aft portion of the supply vessel, Marion Dufresne II, was pointing to the starless sky, while its nose was dipped below the frigid black ocean. A cutting wind battered the exposed keel and the remaining crew who managed to hold on to the outer railings.
Freya Nilsson clung to the thick frame of the eighteen-ton oceanographic crane, though it too was already slipping beneath the waves. She cried out, but her voice was drowned by the howling Antarctic maelstrom and the ship’s three, huge, Wärtsilä diesel engines, now churning nothing but air. Freya shivered uncontrollably, her hair and clothes frozen to her skin. “KJ!” she cried out, again.
Her son didn’t answer.
Freya sobbed, tears freezing halfway down her cheeks. “KJ, where are you?”
A flash of lightning illuminated the angry ocean and a thick layer of clouds covering the heavens, but the attacking vessel was nowhere in sight. A deafening clap of thunder filled the air followed by a wave of needle-like raindrops that shattered across her face. The vessel reared up and the engines roared. A muffled explosion beneath the water cleaved the ship in two and the nose began to sink.
Have to jump, Freya thought. Can’t let them take KJ! She pushed off the crane and dropped into the icy ocean below.
Despite already being frozen, the shock of the glacial water stole the breath from her lungs. Before she could swim to the surface, Freya was sucked under. Tumbling down, down, down, she struggled to find her bearing. Her lungs burned, poisoned with carbon-dioxide. Instinctively, she kicked and fought and pulled until somehow, as if pushed upward, she eventually broke the surface.
Freya took a massive gulp of life-giving salty air, only to be pulled beneath again as a piece of the ship crashed into the ocean beside her. The falling debris dragged her farther and farther into the deep. She jerked and thrashed, but it only served to steal the energy from her stiffened limbs.
Blackness enveloped Freya’s mind, the cold claiming her will to fight. Yet, even as death stalked her, she couldn’t let go. KJ needed her. She couldn’t die. Refused to die. Freya summoned her last drop of power and kicked. Once. Twice. Three times. And then, she could breathe again. The wind whipped her jet-black hair about her face, and the rain stung her eyes. But she was alive.
The silhouette of the supply vessel bobbed in the distance, ass up, before gurgling down into its watery grave. Gone. Still the attackers were invisible. With only the lasting image of where the Marion Dufresne II had just sunk as a destination, Freya paddled forward. Fighting against the chop of the ocean, she inched along. The spray blinded her and the salt burned, but she had to find him.
“KJ where are you?” she called. “Answer me, baby. Please.”
Only the squall howled back.
Her legs tightened and Freya plunged below the surface again, choking on yet another mouthful of seawater before once again scrambling upward—to a light. A bright circle of light rippling on the surface.
A strong hand clasped her under the armpit and pulled. Freya was lifted from the water, her hip smacking into the hull of the lifeboat. She fell backward into the bow, panting and coughing. “KJ … have to find KJ.”
“Cover her. Someone cover her,” a familiar voice said from above.
“I got it. Are there any more?” a woman asked. “We’ve got to get the hell out of here.”
“I don’t think so. I only saw her,” the first voice answered.
Freya lay in the boat, covered in a thermal blanket, her eyes screwed shut. “I’m sorry, Kelly,” she whispered. “Our son. I’m sorry …” 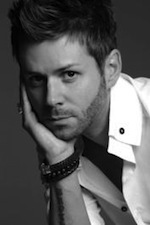 Author Bio:
Gareth holds a degree in marine biology, a PhD in Endocrinology, and currently educates the World's doctors on new cancer therapies for the pharmaceutical industry. He has hand-tagged sharks in California; and trained in various martial arts, including Jeet Kune Do, Muay Thai, and MMA at the EVOLVE MMA gym in Singapore and Phoenix KampfSport Switzerland.
As an author, he is represented by Renee C. Fountain and Italia Gandolfo of Gandolfo-Helin-Fountain Literary Management. His debut novel, Children of the Fifth Sun, won the Sci Fi category at the London Book Festival 2017 and has been optioned by Vesuvian Entertainment for TV/Film. His second novel, It Takes Death to Reach a Star co-authored with Stu Jones, will be published by Vesuvian Books in 2018 and has optioned by Vesuvian Entertainment for TV/Film. Book two in both series is forthcoming.
Born in Plymouth UK, he currently reside outside of Zurich, Switzerland.