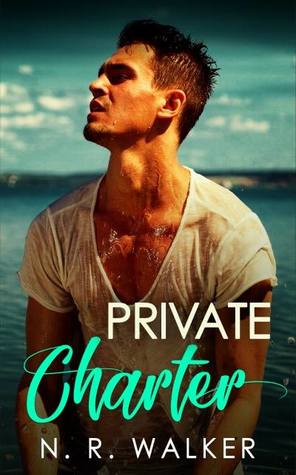 
Stuart Jenner’s job is high stress, high stakes, and everything he’s strived for. So why, when the apex of his career is within reach, does he stumble? At his doctor’s insistence, he books a privately chartered yacht to sail around the Whitsundays for two weeks of sun, surf, and sex. When his friend-with-benefits bails on him at the last minute, Stuart decides to go alone.
Foster Knight left the rat race behind six years ago, bought a yacht, and now calls the Great Barrier Reef his home. Sailing tourists around tropical waters is all in a day’s work, and he’s never been happier. When his next client arrives alone, the two-week charter will be the most private job he’s ever had.
Foster can see how stressed and exhausted Stuart is, and he promises him extensive rest and relaxation. Stuart slowly realises his original plan for two weeks of sun, surf, and sex might not be lost yet. Confined to a yacht, isolated by aqua-coloured oceans and the sweltering sun, Stuart and Foster are about to find out just how hot the tropics can get.

Goodreads / Amazon
—
EXCERPT:
While he ducked downstairs to grab his things, I dropped anchor and pulled over the sun visor. Stuart came back up, vest gone, towel draped over his arm, and the bottle of sunscreen in his hand. He held it out to me. “Would you mind?”
I took it and rolled my eyes. “It’s not exactly a hardship.”
He chuckled and turned around, giving me his back. I applied sunscreen, covering his back and the nape of his neck, rubbing his shoulders, and even giving him a little massage. “You’re not so tense today,” I said.
“Imagine how relaxed you could get me,” he said, his voice low. I dug my thumbs into the knot of his shoulders, intending it as a jab to what he said, but he moaned instead. “Jesus, your hands…”
I dropped them and took a small step back. “You’re done.”
He turned to face me, his imploring gaze full of mischief. “Would you mind terribly doing my front? I’d hate to get sunscreen on your yacht.”
I stared at him. And Jesus, he was being serious.
“I don’t think that’s a good idea.”
He looked around the cockpit. “I know. That’s why I asked. I’d hate to get sunscreen on your seat or your ladder when I hold on.”
I fought a smile. “That’s not what I meant.”
“Oh, I know.” He sighed dramatically. “Well, if you won’t do it for me, could you watch me do it and point out any parts I miss? I’d hate to get sunburnt.” He dropped his towel onto the seat and made a show of pouring sunscreen onto his palm. How could he make that sexual? God, it may as well be honey, or lube, or any-fucking-thing I’d like to lick off him.
And as if that wasn’t bad enough, then he rubbed it all over his chest, his abs, down below his navel… and his eyes never left mine. His tongue peeked out at the corner of his mouth, and he stretched his neck and rubbed one hand over his throat while his other hand slipped just under his Speedos. It made me look at the bulge barely concealed by his swimmers. “Did I get everywhere, Foster?”
I swallowed hard and forced myself to make eye contact. “You were pretty thorough, yeah.”
One corner of his mouth rose in a sexy-as-hell smirk. “I’ve been told that before.”
My nostrils flared. “You don’t play fair.”
He shook his head slowly. “I’m not playing.”
Fuck.
Sure, it was summer, and sure it was the tropics, but that had nothing to do with the sweat that beaded all over my body. I let out a shaky breath and reached up to a line of sunscreen he’d missed under his eye and smeared it with the pad of my thumb. I wanted to slide my thumb across his lip. I wanted to slip it into his mouth, let him suck on it…
“Join me,” he whispered. “You know you want to.”
I knew exactly where we’d end up if we got into the water together. “I was going to make a start on an early lunch,” I replied. There was no conviction in my voice, and he knew it.
He leaned in and whispered in my ear. “I’m not hungry for food.” Then he turned, collected his towel, which he dropped near the ladder, and dived into the water.
I all but collapsed onto the seat, taking in deep breaths. I wiped my forehead, my face, and felt my heart hammering in my chest. Jesus, Lord have mercy, he was going to kill me.
I shouldn’t encourage this. I should have told him when this whole playful flirting thing started that it was a no-go. I had rules in place for a reason. I had a business, a reputation.
I also had a hard-on that wasn’t going away any time soon.
I had urges and desires that I hadn’t wanted to act on with anyone else. Then Stuart Fucking Jenner boarded my yacht and everything went to hell.
I should go down to the galley and prepare some lunch. I should turn on the TV for a distraction, or read a book, or go into my bathroom and take care of my aching dick, thinking about anything but him.
Him in the water, just a few metres away. Him, with the come-fuck-me eyes, who wants me to join him—and not just join him in the water. Him, with the scorching hot body who’s offering himself to me. Him, yes him.
I should not want him. I should not want this. And most of all, I should not get into the water with him. I knew how it would end. I would dive into the water with him, and he’d swim over to me with that devastating smile, and he’d reach out for me and I’d pull him close. He’d wrap his legs around me and I’d tread water, holding us both up, and he’d crush his mouth to mine. I’d finally get to taste him, to have that gorgeous pink tongue of his in my mouth, and then we’d bring it on board. On the deck, on the cockpit seat, down in the cabin, on the floor, on the table, in his bed, in mine.
“Fuck.”
I stood up, pulled my shirt over my head, took two long strides, and dived headfirst into the water. 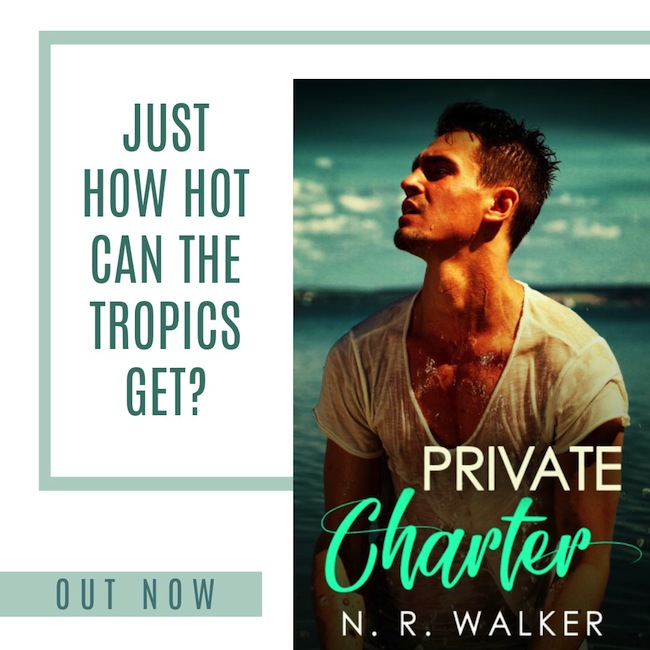