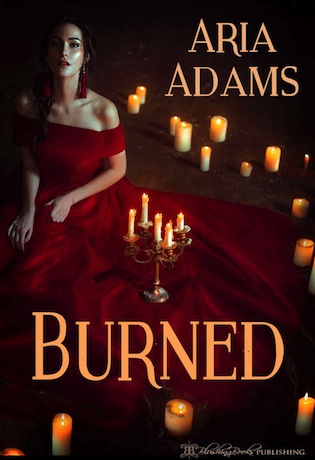 
His tastes are dark and terrifying.
Freezing and broke, Eve succumbs to the whims of one man, Mr. Ignis. He offers her a warm bed and food, as long as she agrees to do anything he requests.
Thrust into a world of dominance, pain, and edgy fire play.
Will he ever see her as anything more than his submissive plaything, or will he simply tire of her one day and cast her aside?
Publisher’s Note: This dark Victorian romance features sensual scenes, extensive fire play and dangerous situations, but the HEA is guaranteed.

Goodreads / Amazon
On sale for 99¢ today only!
—
EXCERPT:
The brush tickled as it danced over her clitty, before moving back until it swirled around the entrance to her bottom. Having never seen that part of her, she wondered whether there was any hair there to remove, but he seemed intent on doing this, so she didn’t ask any questions.
Anyway, a moment later, the blade scraped against her outer labia and she was filled with surprising sensations. She sighed in amazement and made herself be still. She didn’t want him to have any accidents. Not down there.
Gradually, he worked his way back, and she knew she probably made his task more difficult because she felt her slick liquid escaping from her opening. When he was finished, he fetched her flannel and dipped it into the bathwater, and pressed it against her entire nether regions with his big hand. The warmth made her moan quietly.
“Tell me, Eve, have you been touching yourself in the night?” She hesitated for a moment. How did he know? “Yes, sir,” she replied. He removed the flannel and took her clit between his thumb and forefinger, filling her with urgent tingles of light. She moaned once more. “Here? Is this where you have been touching yourself?” he asked. “Yesss… yes, sir,” she replied through the haze of warmth. He was silent for a moment, but then he squeezed her delicate flesh harder, so the pressured sparks were more immediate as her body twitched, but his grasp grew painful, and she gasped in fear as he pressed the razor blade against her unprotected clit. It was throbbing so hard that she was sure it would cut itself on the sharp metal even if she were still.
“In the asylums, if they find women touching themselves, do you know what they do, Eve?” His voice was hypnotic as the fear paralysed her.
“No, sir,” she breathed, too afraid to speak any more loudly. Any slight move and he would cut off her clitty.
“They remove the part of a woman that causes her to feel desire. The part she touches. The part I have a razorblade to, right now. One little cut, and I can rid you of ever being able to find release again. I am told the pain is so immense that most women pass out from screaming.”
Eve held her breath and hoped he wasn’t going to do it. The blade lingered, and she wondered if she should say something, beg for mercy, but he didn’t seem to like it when she did that. Instead, she waited.
She was his from the moment he found her. She trusted him implicitly, now. If he wanted to do this to her, that was his choice to make. He had taken her in from certain death. Her life belonged to him, and so did her pleasure… and that was when she realized that by touching herself, she was stealing her pleasure from him.
“Do you understand, Eve?” he prompted.
“Yes, sir. I’ll never touch myself again without your permission. Please, I’m so sorry, sir.” Her voice was a whisper. Would he decide to teach her a lesson, this time, or let her off with a warning? 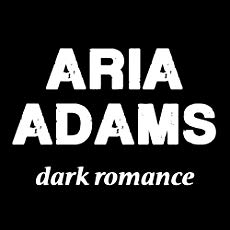