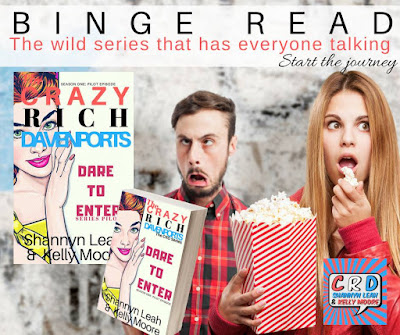 
About the Davenports : “Meet the Davenports a rich family who is dysfunctional messed up more than the average. They have more money than they need and problems galore.” ~Reviewer


“Some of their actions left me shaking my head and laughing out loud. “ ~Reviewer


“I got invested in this family and want them to find their happiness through the pain and threats to their family. “ ~Reviewer 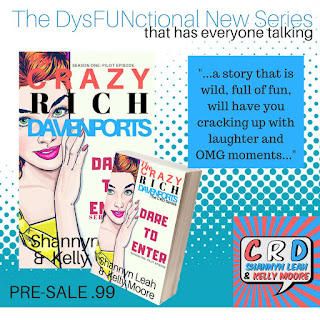 
Warning: If you are looking for a sweet, sensitive book with a happily ever after, this isn’t it. It is a totally inappropriate book about a completely dysfunctional family. The F word flies free along with many other curse words. Feel free to get drunk (because the Davenports sure are!) while you’re reading it, and prepare to wet yourself laughing. If sex scenes are not your thing, this book might not be your thing. But, if you have a crazy sense of humor and like raunchy comedies - you’re in the right place. Join in on the craziness of The Crazy Rich Davenport Family.


Lucy’s husband Mark, died a year ago. Her life and her families has been steadily going downhill and things have gotten a little out of control, to say the least. When her daughter plans a birthday party for her half-sister. Lucy decides it’s time they all get their act together, but not everyone is on the same page.


There will be dildos and strawberries flying in the air, along with firecrackers, curse words, and little blue pills being slipped into drinks - hard-ons for everyone! Lucy’s hope for normal in her dysfunctional family will never happen and things only get worse when Mark’s snooty parents drop a bombshell that will only spark more insanity from The Crazy Rich Davenport family.
Hold on for the ride and laughter that ensues.
REVIEW
*I received a free copy of this book which I voluntarily chose to write an honest review for.
Okay this book is absolutely hilarious and if you are looking fro a good laugh with some inappropriate humor you so have to read it. Each member of the Davenport family is quite crazy in their own way with each being very very unique. Add in some extras with things like multiple personalities, drug dealing, sex toys, and a few more surprises and you never know what will happen next. I know I need a grandma like Yaya she is awesome! I really liked it so I give it 4/5 stars. 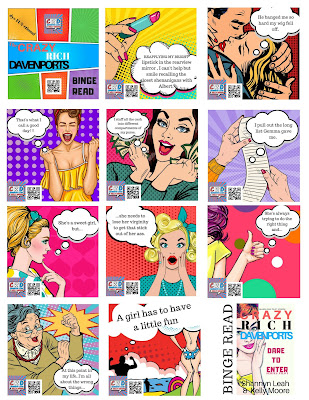 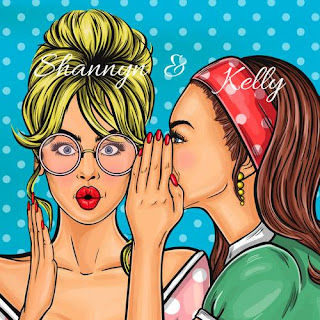 
Kelly writes so the characters inside her head can come to life. She writes sexy, steamy, suspenseful romance stories, laced with a touch of humor.
Her true addictions include traveling, exploring old books stores for treasures, laughing with friends and family, eating mint Oreo ice cream, and spoiling her grandchildren rotten.
She’s a critical care nurse by day and an author by night. Writing settles her mind and spirit, plus she gets to spend her days in her pajamas and sipping on Dutch Bros coffee.


If you would like to join her Newsletter and keep update on all her shenanigans join her here https://goo.gl/3s4XsP


Her website has up to date information and a blog site www.kellymooreauthor.com


If you just want to chat, email her at barefeetrn@gmail.com


Contemporary romance author Shannyn Leah loves olives, lip gloss and reading (and writing) romance novels. Her love of words started at an early age and soon grew until, during her teenage years, she’d started writing her own novels. When her mom pushed to finally publish some of the stories, she quickly amassed two complete romance series (By The Lake and Caliendo Resort series) and, in 2016, released her first Fantasy Romance entitled The Gatekeepers (Part One of the Winters Rising series).
When she's not writing contemporary romance books into the early hours of the morning, Shannyn can be found antiquing with her two favorite people, her momma and sister, in their picturesque London, Ontario hometown.


Get 3 FREE books and never miss special promotions, brand new release or the inside scoop by signing up for her newsletter. https://goo.gl/JiHvXD