“This couple may very well be one of my favorites by this author.” -Rose Reads

“I have read everything from L. Wilder and I can confidently say that her writing gets better and better.” -Donna Parrott

“Awesome storyline with phenomenal twist. This one is a definite must read.” -Julie Jackson/Goodreads Reviewer

Even as a kid, I knew the kind of hell the world could dish out. I grew to expect the worst and learned to face it head on. When I became Satan’s Fury’s new enforcer, I knew I could handle whatever came my way—until Alex Carpenter, the gorgeous book store owner who brought color into my world of gray.
The club was at war, fighting an unknown enemy, and she was a distraction I didn’t need nor want. My focus should’ve been on my brothers and our latest adversary, but I felt an unexplainable pull towards her. Her beauty and innocence captivated me, and just being near her made the shadows of my past seem less daunting. Without even realizing it, I let her in, but as we grew closer, I quickly realized that her walls were even more guarded than my own.
Like me, Alex had a past filled with secrets. Could our broken souls find a way to mend together, or would we remain imprisoned by our past?

Shadow had one rough childhood which gives him some issues that make him feel damaged. So when he meets Alex and she felt like home he keeps her at arms length. That's fine until events force a change in the situation. Romance and suspense wrapped up in a great MC club. If you like the genre then you will like this book. I really liked it so I give it 4/5 stars.

I heard the loud rumble of several motorcycles approaching, and as they got closer, I noticed something familiar about one of the men. Even in the pitch black of night, I knew it was him—the hot biker from the bookstore. I stood frozen in place as he and his friend whipped past me.
A black SUV pulled in right behind them and they all parked near the front door of Newman’s. I watched in awe as he got off his motorcycle and removed his helmet. He turned to look in my direction, and as those penetrating blue eyes locked on mine, all my sense of reason seemed to just wash away. I couldn’t move. My pulse was racing, my palms were sweating, and my hormones were raging. He looked so damn good with his dark hair tousled, and it was impossible not to notice how his jeans clung to him in all the right places. I was a complete mess. No man had ever had such an effect on me. I didn’t like it. I wanted to get into my car and shake it off, but when I realized that he was leaving his two friends to walk in my direction, my mind and body just wouldn’t cooperate. I simply stood there like a total idiot.
After he finally made his way over to me, I was surprised by his furrowed brow and intense expression. He just stood there staring at me for several seconds, and having no idea what else to do, I mumbled, “It’s you.”
“Yeah. It’s me.”
“I’m sorry … I don’t actually know your name.”
“It’s Shadow.” Before I could respond, he took a quick glance around the parking lot and asked, “You out here alone?”
“Yeah … I was just about to head home.”
“You shouldn’t be out here by yourself. It’s not safe,” he growled.
Surprised by his fierce tone, I became even more nervous and started to ramble. “I’m okay. My friends are inside. We were watching the band. I’m not sure if you’ve heard of them … the Smoking Guns. They’re pretty good. Not exactly my thing. A little loud for my taste. Not the loudest one I’ve ever been to, but close. At least I had an excuse to leave early … I have a shipment coming in tomorrow morning, so I need to be at the store early. What about you? Are you here to see the band, too?”
“Not exactly.” Without giving further explanation, he asked, “Where’s your car?”
“Um … it’s right over there,” I answered as I pointed in its direction.
He leaned to the side as he looked around me and grimaced, clearly not impressed by the state of my vehicle. “That’s your car?”
“Yeah. I know it’s not much, but it gets me to where I’m going.”
Just when I thought the moment couldn’t get any more uncomfortable, Jason stepped out of the bar, and as he glared at the burly biker standing next to me, he shouted, “Hey, Alex? You okay?”
“Yeah. I’m good. I was just about to leave.” When he didn’t move, I said, “You’re going to miss the closer if you don’t go back inside.”
“You’re sure you’re okay?”
“Yes, Jason. I’m fine.”
“Okay. Don’t forget to text me when you get home.”
“I will. Don’t worry.”
Once he was gone, I turned my attention back to my biker. He studied me for a moment, his eyes lingering on my mouth for only a fleeting moment; then, without saying a word, he started walking towards my car. Having no idea what he was doing, I just stood there trying to wrap my head around exactly what was happening. He turned around and looked over at me then said, “I thought you were leaving.”
“I am.” He cocked his eyebrow as he motioned his hand towards the driver’s side door. Feeling like a complete idiot, I rushed over to him and quickly unlocked my door.
He watched me get inside and asked, “You okay to drive?”
“Yes, I’m fine.” He again stared at me for a moment like he was trying to decide if I really was okay. “Seriously. I had one beer two hours ago. I’m fine.”
“Good.”
I expected him to step back, but he just stood there looking down at me. I felt warm all over, my heart was pounding so loudly that I was certain he could hear it. I felt my face turning red, and not wanting him to see my body’s reaction to him, I said, “Your motorcycle is really something. I bet it’s awesome to ride on a night like this.”
“It is.”
“Okay, well … I guess I better get going.” With a bit of hesitation, I put my hand on the door handle and as I started to close it, I said, “Thanks for walking me to my car.”
His expression softened as he moved out of the way and said, “Be careful.”
“I will. Thanks.”
After I closed the door, I gave him a smile and a quick wave goodbye, then started my engine. As I pulled out of the parking lot, I glanced up at my rearview mirror, and a chill ran down my spine when I noticed he was still standing in the same spot, watching intently as I drove out onto the main road.


“Damn,” I muttered to myself. 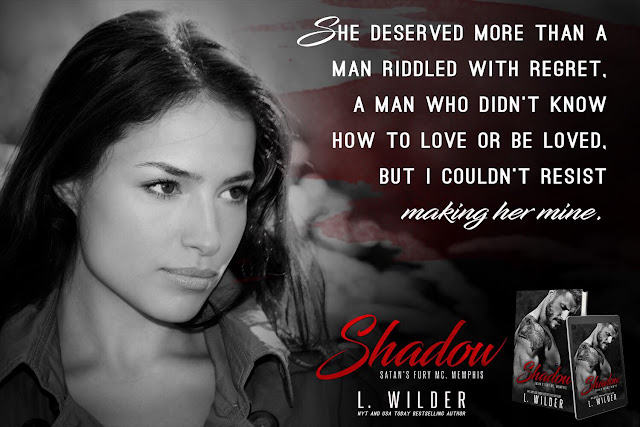 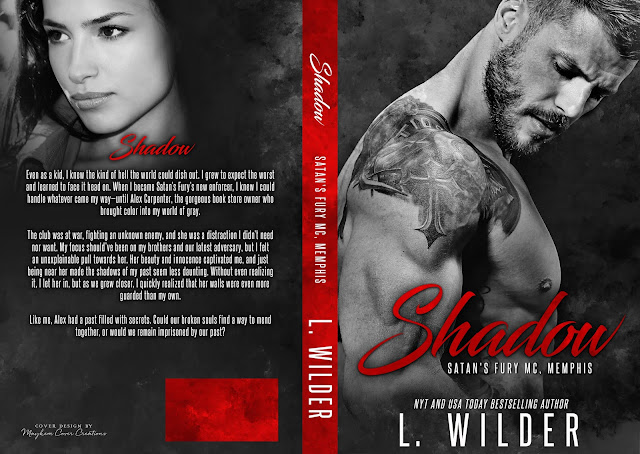