18+ for language and sexual situations...  Andrew “Wasp” Marshall, VP of the Dead Presidents MC, rides life like it’s his bike, at full speed with no real destination. But when he sets his sights on an irresistible new bartender with a comical little kid, Wasp will have to decide if he’s willing to give up his carefree lifestyle and buckle down to become the man she needs.
Carly Cooper is a survivor. When an old friend turns from protective to possessive she packs up her five-year-old son and flees to Seattle, leaving everything and everyone she knows behind. Carly has neither time nor energy for Wasp’s advances, despite his panty-dropping smile and made-for-sin body.
As things between Wasp and Carly heat up, Carly’s past catches up to her and she must decide whether to trust Wasp and the Dead Presidents, or to pack up and run again.


Carly is hiding with her son and has to work two jobs to barely make ends meet. Wasp meets her at the bar where she works where she shoots him down over and over again. Just when he is about to give up her son gives him a way to hang around and what follows is a remarkably sweet romance. I enjoy seeing the big bad bikers as teddy bears at heart when it comes to their family. Great character development and a nice romance that I really enjoyed so I give it 4/5 stars. 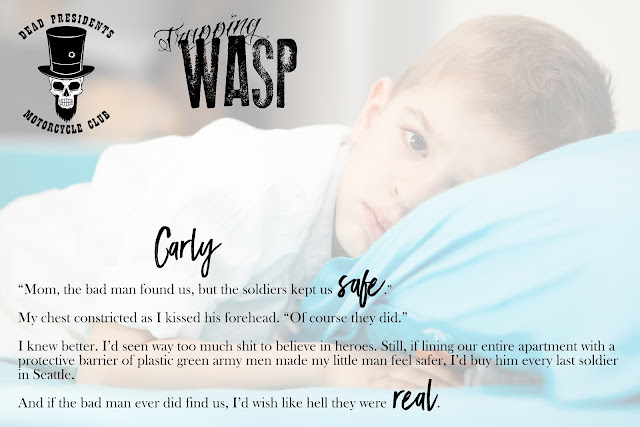 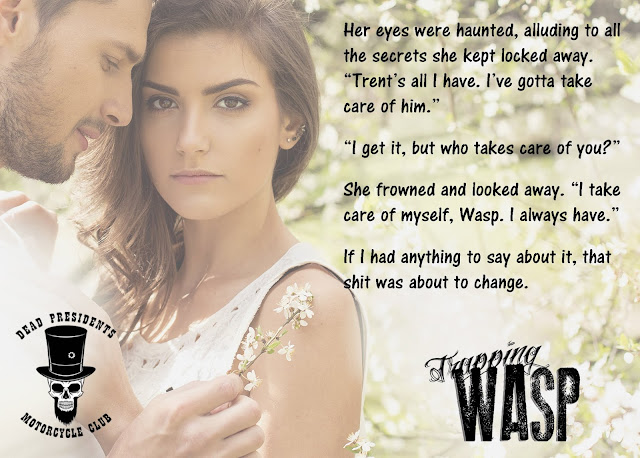