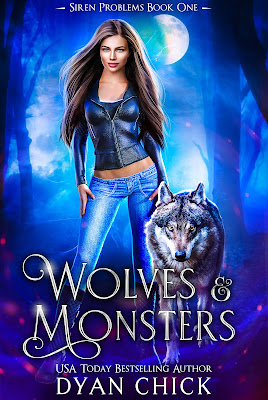 They call me a monster but I’m nothing compared to the other things that go bump in the night.

Sirens have a bad rep. I know that. They say we lure men to their deaths with our songs. But I promise you, I’ve never lured a man. They always come to me willingly. Is it my fault that once they spend the night with me they seem to have bad luck? They make the choice to be with me. At least that’s what I tell myself. If I let myself think about the bodies I seem to leave behind, I would start to feel guilty. And nobody has time for that.

I’ve only got one shot at staying alive and it’s going to involve finding the one that got away. The only guy I ever loved. The problem is, when I left, I broke his heart. And werewolves don’t take kindly to being dumped. I’m sure nothing about this plan is going to go wrong.

I fell in love with Chick's writing while reading her other series so when I heard about this new one I was more then excited to get my hands on it. I was not disappointed!!! Angie is a Siren with some wonky powers I must say. She has been living a pretty celibate life after running from her mate when she caves one night going for a one night fling. Things go pear shaped when she wakes up the next morning only to find the guy dead in her bed. The problem is that he has connections making it necessary for him to disappear. This forces her to go back to the Ex whether she wants to or not. Fascinating world building with all kinds of twists that were new making this a fantastic read. Totally loved it so I give it 5/5 stars. 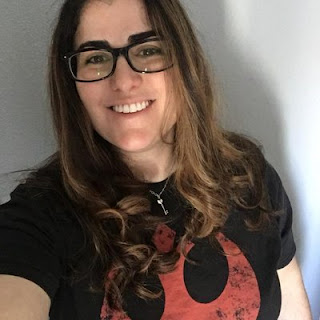 My story is probably similar to a lot of other writers out there. As a kid, I was creative, imaginative, and loved to write. I’d write scripts for plays and make my sisters act them out. I got excited about the writing prompts for standardized tests in elementary school. I started writing my first (unfinished) novel in 5th grade. Then started another one in middle school. For a long time, I was a closet writer. I didn’t tell anybody that I had a hard drive full of abandoned stories. After years of not finishing anything, I finally took the plunge and started taking writing, and myself as a writer, seriously. My first novel, Heir of Illaria, published January 23, 2017. Book 2 is right around the corner. It’s gone from closet hobby to full on addiction. Thankfully, I have a wonderfully supportive husband who doesn’t look at me like I’m crazy when I talk about my characters as if they’re real.