Cover Reveal for The Unadjusteds by Marisa Noelle 
Sixteen-year-old Silver Melody lives in a world where 80% of the population has modified their DNA. Known as the altereds, those people now possess enhancements like wings, tails, and increased strength or intelligence. Although Silver’s parents created the nanite pill used to deliver these genetic modifications, Silver is proud of her unadjusted state.
However, when the president declares all unadjusteds must take a nanite, Silver has no choice but to flee the city with her father and some friends to prevent the extinction of the unadjusteds.
With Silver’s mother in prison for treason, Silver’s father is the unadjusteds’ only hope at finding a cure. But time is running out as Silver’s father is captured by the president’s almost immortal army. Vicious hellhounds are on Silver’s trail, and her only chance to recover her father involves teaming up with a new group of unlikely friends before all humanity is lost. 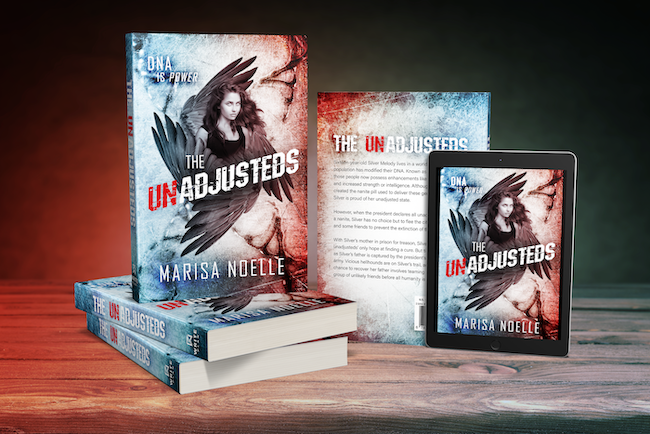 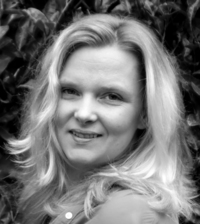 
MARISA NOELLE is a writer of young adult and middle grade novels. She leans towards grounded science-fiction, urban fantasy and paranormal but mental health issues are important to her writing too.
Her first book, THE SHADOW KEEPERS is due out JULY 30TH 2019 and her second, THE UNADJUSTEDS, NOVEMBER 1ST 2019. There is also a forthcoming series, THE MERMAID CHRONICLES: SECRETS OF THE DEEP, due at the end of 2019.
Marisa had plenty of ideas for career and still regrets not moving to Hawaii to train dolphins and pretend the real world didn't exist. Struggling with anxiety led her to the field of psychology. Heavily influenced by underdog movies such as The Karate Kid she realized her mission in life was to help other people, through any medium. Embarking on a psychology degree, she wanted to emulate her hero, Jodie Foster, from Silence of the Lambs and actually tried to secure work experience at Broadmoor. Thankfully she left the idea of criminal profiling behind, but uses many of these aspects in her novels.
Now a full-time novelist, she lives in Surrey, UK with her husband and three children.