Cover Reveal for Tides of Time by Luna Joya 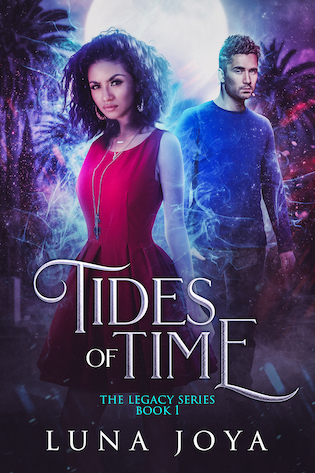 
A “good girl” witch hiding secrets from her family…
Cami wants a normal life. Or at least as normal as a life in a family of witches can be. She can’t tell her sisters about her violent ex. Or that she broke the first rule of magic to “harm none.” When her youngest sister asks for help unraveling the death of a 1930’s star abused by those she loved, Cami can’t say no.
A reformed bad boy who doesn’t know his own family’s secrets…
Sam lives for his restaurant and coveted screenplay expertise of Hollywood history. He avoids the entanglements of relationships since even his own parents didn’t want him. But when the enchanting Cami needs his help to crack an unsolved mystery, he can’t resist. The closer they come to finding a killer, the more they crave each other. But someone is determined to stop them.
Can they solve the mystery before history repeats itself? 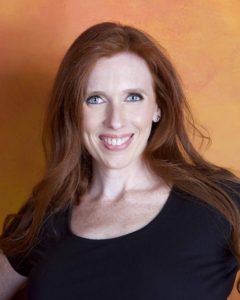 Author Bio:
Award-winning author Luna Joya writes hex and sex in The Legacy Series, a witch family saga of romances about kickass heroines and the men who love them.
Fluent in sarcasm and penal code, Luna prosecutes sex crimes and homicides by day and writes paranormal romance at night. She loves history, especially Los Angeles and Hollywood lore. A survivor of traumatic brain injury with steel body parts, she lives in SoCal with her combat veteran husband and their two-pound terror of a rescue pup.
Her debut novel TIDES OF TIME releases from City Owl Press in August 2019. The next two novels in The Legacy Series will be released from City Owl Press with dates to be announced later this year.
In 2018, her manuscripts won First Place Speculative Fiction in the San Francisco Heart-to Heart Contest, Second Place Paranormal Romance in The Cleveland Rocks Contest, Third Place Paranormal Romance in the 2018 The Catherine Contest, Third Place in the FF&P On The Far Side Contest, and Honorable Mention in The Daphne du Maurier Award for Excellence in Mystery/Suspense.