Release Blitz for Chasing the Chambermaid by Lucy Felthouse 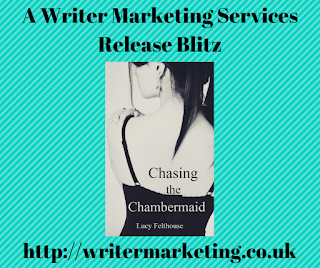 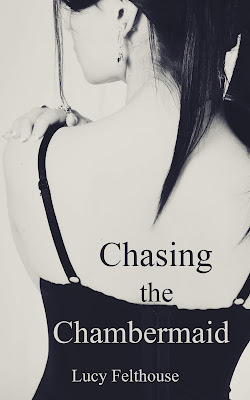 Blurb:
Can an exciting new outlook on life help Connie heal her damaged heart?
Connie White is running away from an abusive relationship. Fear and desperation have driven her to Bowdley Hall Hotel in the Scottish Highlands, where, despite an unceremonious start, she appears to have fallen on her feet. The owner, Frances McKenzie, is kind and understanding, and seems happy for Connie to hide out in her hotel for a while.
With a roof over her head and a job as a chambermaid, Connie is in a better situation than she could ever have hoped for. Her workmates seem nice, but she’s determined to keep them at arm’s length. After all, how can she form connections if she’s unwilling to divulge anything about herself?
Her apparent mysteriousness doesn’t faze her gorgeous new colleagues Will MacIntyre, Nico Moretti, and Ashley Fox. All three show a keen interest in her, but Connie has absolutely no intention of going there. She hasn’t fled one relationship, only to get involved with someone else, no matter how gorgeous. She simply isn’t ready for that.
When an epiphany of sorts makes her realise she’s living a half-life by keeping herself so cut off from everyone, she finally lets someone in. That someone shows her there can be something between singledom and a full-on relationship. And when casual dating is on the cards, anything is possible…
Note: This novella has been previously published as part of the Duty Bound anthology.

Excerpt:
Prologue
Only the slop, slop, slopping sound of her painfully slow footsteps through the thick, sucking mud convinced Connie White she was actually making any progress. Her limbs and extremities had long since gone so numb that she couldn’t be sure otherwise.
Come on, Con, just a little bit further. That sign said something about an estate, and an estate means buildings. A bloody cowshed will do—anything for some respite from this infernal sodding weather.
She pushed on for several more minutes, then gasped with shock and relief when her next step met not with sloppy mud or waterlogged grass, but a track. A rough track, but a track nonetheless. And it had to lead somewhere, surely? It ran left to right across the line she’d been taking, so Connie had to make a decision. Which way would lead her to… something? She was already soaked to the skin and freezing cold, so a couple of seconds of rumination wouldn’t make the slightest bit of difference to her physical state. She really didn’t want to end up going in the wrong direction and heading further away from any semblance of civilisation.
She took a breath and remembered her gran’s—long since dead, bless her—nonsensical motto—or one of them, anyway: If in doubt, turn left.
Connie shrugged, and another of her gran’s daft phrases flitted into her brain. In for a penny, in for a pound.
She hoiked her backpack higher, hunched her shoulders against the relentless wind and rain, and turned left. Moments later, she was rewarded as the hulking shape of a building appeared from the sheets of wind-buffeted rain. Excitement gave her a burst of energy, spurring her on. Fifty feet. Forty. Twenty-five. God, what was this place? It looked so old and decrepit the Vikings could have left it behind. Doesn’t matter. If it provides even a modicum of shelter, it’s an improvement on where you slept last night. The wooden bench on the tiny village’s green hadn’t exactly been the warmest or most comfortable place to lay her head. And she shuddered to think about what would have happened if someone unsavoury had happened across her, alone and vulnerable. She’d been very glad to wake up and hurriedly continue on her journey that morning.
The last few feet went by in a blur of motion, her body still numb and not entirely under her control. At least the track was easier to walk on. It wasn’t particularly smooth, but at least it wasn’t trying to pull off her walking boots, like the sucking mud had been.
Finally, she burst through the building’s heavy door, only the adrenaline pumping in her veins making it possible to even shift the thing. Fuck, I’m exhausted.
The last thing she remembered was shucking off her backpack and slamming the door against the elements. Then silence. 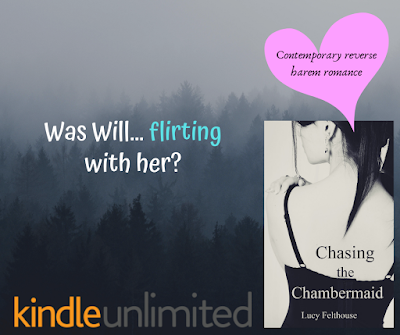