Book Blitz & Giveaway for All This Could Be Yours by J.V. Speyer 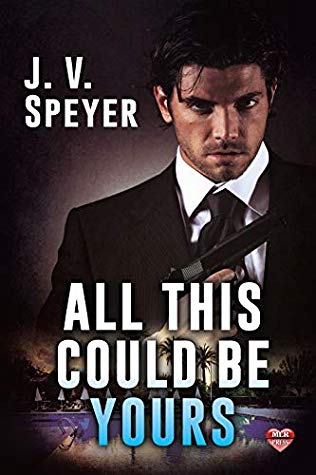 
Can a straightlaced FBI agent fake a relationship with a mob rat long enough to close the case?
There’s only one way out of this family, but Tanner thinks he’s found another one. He’s going to fake a relationship with a straightlaced undercover FBI agent and help him take the organization down from within. That is, if the two of them don’t strangle each other first.
Maddox hates the Mob. He doesn’t have a lot of respect for mob rats either. He knows why he was stuck with this case, and he’s not thrilled about it. He wants the win, but having to play nice with gorgeous criminal Tanner might be more than he can take.
When secrets come out, Tanner and Maddox will have to trust each other with everything they have. They may be opposites, but they’re exactly what each other will need to get through this job with their bodies and souls together.

Author Bio:
J. V. Speyer has lived in upstate New York and rural Catalonia before settling in the greater Boston area. She has worked in archaeology, security, accountancy, finance, and non-profit management. She currently lives just south of Boston in a house old enough to remember when her town was a tavern community with a farming problem. (No, really. John Adams complained about it. A lot.)
When not writing, J. V. enjoys watching baseball and seeking out all of New England’s creepiest spots. Her Spawn has turned her into a hockey enthusiast. She can be bribed with gin, tequila, and cats.