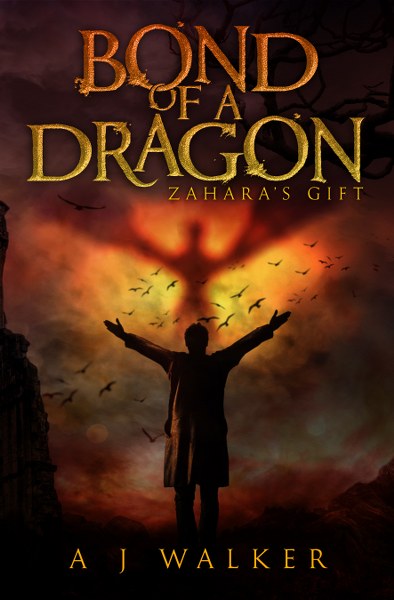 Zahara's Gift
Bond of a Dragon Book 1
by A J Walker
Genre: YA Fantasy Adventure

A young man forced into action. A juvenile dragon alone in a new world. Whispers of a terrible evil returning to power.

Nineteen-year-old Anders lived a fairly normal life until the only family he had was taken away from him. When he finds himself forced to embark on an action packed adventure, he discovers there is more to the world than he was told. The magical force that flows within everything around him becomes revealed. Dragons, elves, orcs, and goblins lurk around nearly every turn along the path as he pursues his two kidnapped cousins.

As Anders discovers more about his family’s past, he learns of their involvement in The War of The Magicians and the circumstances leading up to the attack of his hometown. When Anders is told about his potential involvement in a prophecy involving dragons and their powerful magic, he will need to make a difficult decision. Will he continue to follow the path that is laid out for him or can he make his own destiny? Will he ever be reunited with his family again? And if he succeeds, will he ever be able to return to the life he once knew?

Bond of a Dragon: Zahara’s Gift is the first book in an adventure fantasy series.

If you like fast-paced adventure novels, fierce dragons, powerful magic, and a hero fighting for justice, then you’ll love the fantastic starter in A. J. Walker’s new page turning series. 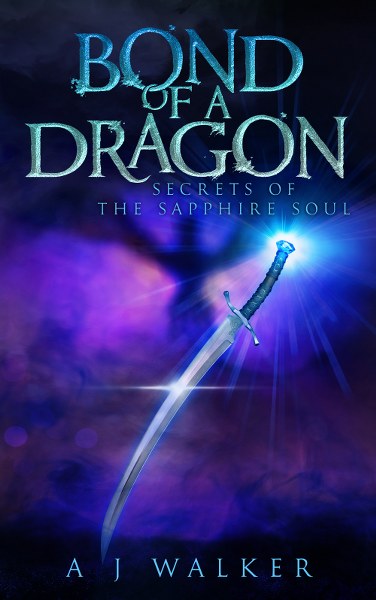 Secrets of the Sapphire Soul
Bond of a Dragon Book 2

A dragon and her rider put to the test. Betrayal among allies. With Kartania’s fate in the balance, who will take control?

Anders knows the war to stop Merglan from reclaiming his grip on the world is just beginning. With no certainty about where or when Merglan will attack next, Anders and his companions must take action to stay one step ahead of the cruel sorcerer and his evil dragon.

As he searches for ways to stop Merglan’s domination of their world, Anders discovers more than he expected. With several nations of Kartania on the brink of collapse, he must make a difficult decision. Is the young rider ready to deal with the consequences he’s facing? Can Anders overcome the odds and unravel the secrets of the sapphire soul?

Bond of a Dragon: Secrets of the Sapphire Soul is the second novel in an adventure fantasy series.

If you like gripping suspense, bold dragonriders, and page-turning action, then you’ll love A J Walker’s latest installment in the Bond of a Dragon series.

Discover Secrets of the Sapphire Soul by picking up a copy today!
Add to Goodreads
Amazon * Apple * B&N * Google * Kobo 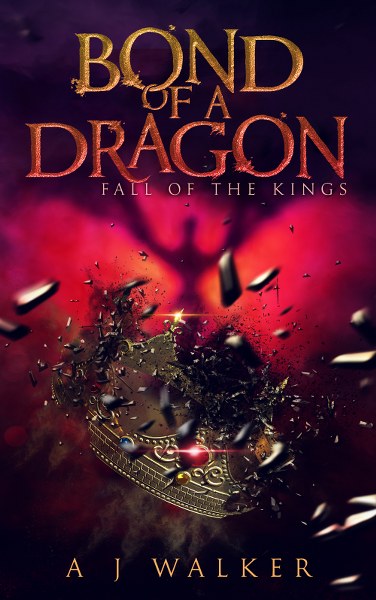 Fall of the Kings
Bond of a Dragon Book 3

Lost and without guidance. Merglan’s imperial grip tightens on the free nations. Venomous magic penetrating the resistant. In the end, all kings must fall.

With Anders displaced from the campaign in Southland, he must navigate through more than just the foreign land he awakes in. The sapphire’s intoxicating grip has given him more than just a craving for power. Its tainted magic pushes him closer to the precipice of becoming more like the evil that he is foretold to destroy. As he attempts to resist the darkness, Anders must work through his pain and return to the fight he abandoned so suddenly.

After the allied armies are forced to disband, the five nations begin to feel the effects of the dark sorcerer’s imperial rule. With Westland occupied by foreign invaders and Southland flooded with orcs, the humans must band together in resistance. Unlike the elves, who can hide behind their magically protected walls, the other races in Kartania’s kingdoms are drastically affected by the absence of an allied dragonrider. Without a united army to combat Merglan’s expansion, the fate of Kartania hangs in the balance. Can Anders resist the urges he feels to allow the evil inside? Can he work with his dragon to gain back what advantage they once had? Will Kirsten survive long enough to see Westland’s revolt? What will become of Ivan and those left behind in Southland?

Bond of a Dragon: Fall of the Kings is the third installment in the Bond of a Dragon series. This highly suspenseful and emotional tale comes to a crescendo in the final chapters; don’t miss out on this epic by A J Walker.

Get your copy of Fall of the Kings to continue the dragonrider’s experience!
Add to Goodreads
Amazon * Apple * B&N * Google * Kobo 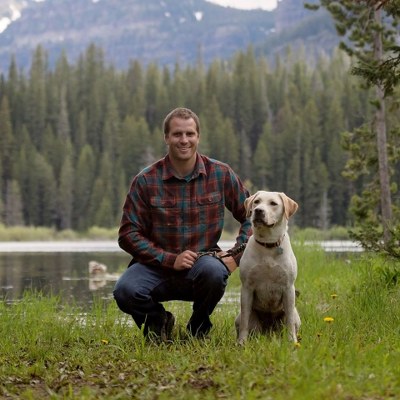 AJ Walker is a fantasy author whose first works is the Bond of a Dragon series. Growing up in western Montana and spending most of his time outdoors has given AJ plenty of adventures to draw from when he's creating his stories. AJ Walker is an avid outdoor enthusiast, a world-class whitewater kayaker, and former wildland firefighter. His personal experiences, just to name a few, include grizzly bear encounters in northern Montana, a life-threatening winter survival experience, and several whitewater rescues. Using the influences from his many personal adventures, AJ Walker loves to transport readers into his mythical world of Kartania, where his characters find themselves embarking on the most epic of journeys. Kartania is home to magical creatures, bold heroes, and evil sorcerers who are sure to keep you on the edge of your seat.

AJ Walker writes stories inspired by other fantasy authors like his person favorites Brandon Sanderson and fellow Montanan Christopher Paolini. Walker aspires to emulate the creativity of these works, and the works of many other great fantasy writers. AJ's unique and exciting personal experiences combined with his wild imagination create an exciting world that is sure to please anyone who loves fantasy adventure or fast-paced adventure stories.
Website * Facebook * Instagram * Bookbub * Amazon * Goodreads

Follow the tour HERE for special excerpts, guest posts and a giveaway!
a Rafflecopter giveaway