1)      Tell us a little bit about yourself--both something we learn from [the story] and something that readers might not guess?
Well, the whole world knows that I have a love of horses and coffee; what you might not guess is I have a mild fear of high heels. Wait. Everyone might know that, too.
2)      How did you first meet your writer?
According to her, I just appeared in her brain and took over. She was at the gym and the first scene came to her, and then, there I was. Demanding that I get my dream barn, and a hunky detective.

3)      Want to dish about him/her? About my author?
Well, she gets distracted more than I would like on other characters, but she tries hard to let me be real.

4)      Why do you think that your life has ended up being in a book?
Well, that really depends on who you talk to. Jen would tell you it’s because I’m crazy. Gran would say that people have always been interested in our family. We’re important people (we’re really not). Alice would just laugh at me. I’m going with nervous laughter and my best awkward smile.

5)      Who's your favorite character? Why?
Well, my daughter, Hailey is first, but after that it’s Jen, my best friend, confidant, and fellow gossipy troublemaker. She makes my life complete. Missy also needs to be in this list because, well, she runs my life — I mean barn.

6)      Who's your least favorite character? Why?
Tough call. I want to say Lindsey, but that isn’t really honest. I only dislike her when she’s writing about me. Other than that, I really like her blog. And she might be funny in person. Sometimes.

7)      What's next for you?
Well, it turns out that not everything is going to stay calm in Barrow Bay for long. The next Lark Davis Mystery will be out hopefully some time late next year. 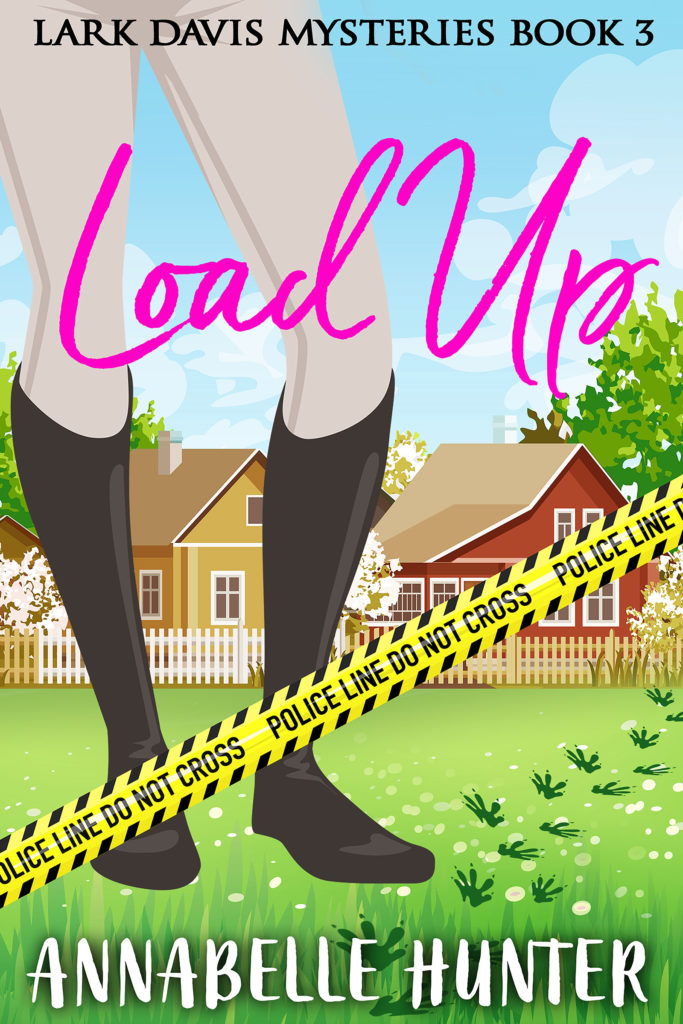 Too many suspects can be as bad as no suspects at all…
Lark Davis, horse trainer and reluctant amateur sleuth, is sure that her crime-solving days are behind her. At least that’s what she told her grandmother. However, when her Homeowners Association President and owner of the local hardware store is found dead the day after she had a public fight with him, Lark is back in the last place she wants to be — the middle of a murder case.
But this is Barrow Bay, and things are never as they seem. Gerald Pratchett had a list of enemies a mile long, and each one had a very real reason for wanting to see him gone. When the police get overwhelmed with too many suspects, including herself, Lark realizes that it is up to her to bring his killer to justice.
Nothing can stop Lark from finding out the truth — and getting her man.

About the Annabelle Hunter

Annabelle Hunter is a stay-at-home mom and an avid fan of classic mystery shows and dressage. She lives in Southern California with her husband, two children, and too many animals. Visit her Amazon Author Page here.