No Way to Die, a Ming Dynasty Mystery is a historical novel set in late 14th century Imperial China. This was a time when there was a sharp division between men and women. Women had virtually no rights outside of the home and within the home they were legally subordinate to their fathers or husbands, if married.

In poor families it was common for girl children to be married at a young age in order to relieve the family of the burden of feeding them. The parents could also sell their girls to wealthy families as servants or even sell them to brothels.

While all women were subject to the rule of their men and were supposed to be limited in their contact with men who were non-relatives, there was by necessity some variation in how strictly these expectations were applied. Peasant women lived in simple houses, often only one room, and had to go out into the fields to work. Therefore, while they were expected to avoid contact with men outside of their family, they probably had casual contact with neighboring men, for example, in their everyday life. On the other hand, women in wealthier homes were essentially walled off from the outside world. They didn’t leave their homes to even go shopping on their own. They could visit friends and relatives but would travel in a palanquin, a closed carriage, to their destination and back again. So much about a woman’s life depended on the family she was born into and on her family’s values and expectations. All of these things were beyond the girl’s or woman’s control.

When thinking about A Ming Dynasty Mystery series, I wanted a woman who could move freely through the town and among the different social classes. Old, widowed women were free of many of the shackles social conventions placed on women, but I didn’t want an old woman to be my main female character. I wanted a young woman. Then I ran across a real person who lived in the Ming Dynasty. A women’s doctor named Tan Yunxian. She was born into a famous medical family.  Her grandmother was a women’s doctor and trained her granddaughter to be a doctor as well. As far as I know, in all of Imperial China, Tan Yunxian was the only woman doctor who wrote a book about her work. She described her cases and how she treated her women patients. While women doctors were important, they weren’t common. These women weren’t midwives. Midwives were usually older, often widowed, women who only assisted in childbirth. Women doctors dealt with the myriad of problems women had outside of childbirth. Because of the gender divide, men doctors were restricted in how they could examine their female patients. Often, they could only touch the patient’s wrist to check their pulse. In more conservative homes, the male doctor couldn’t even see the woman. His female patient would demurely put her hand through a curtain for him to check her pulse. From this, and talking to her husband about her illness, the male doctor had to make a diagnosis. None of these restrictions applied to a woman doctor and her examination of her female patient. As a doctor, Tan Yunxian went everywhere, to attend to patients in all social classes—from the wealthiest to the poorest.

Thus, Tan Yunxian became the model I based Xiang-hua on. Through Xiang-hua’s grandmother’s training she becomes a women’s doctor. As Xiang-hua joins the local teacher in searching for a murderer, she moves freely through the town to visit women in all social conditions, from the prostitute to the peasant to the wealthy.  Through her eyes, we see the resilience and strength of these women, no matter what their lot in life.

About No Way To Die 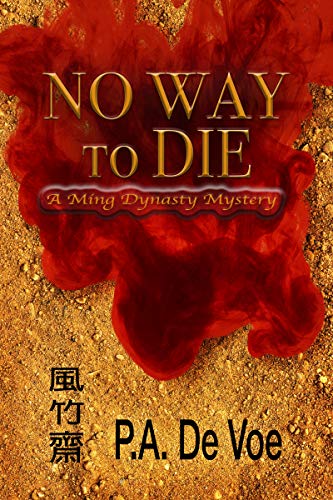 No Way to Die: A Ming Dynasty Mystery

Through mystery and intrigue, No Way To Die transports the reader into the complex and engaging world of early Ming China.
When a peddler finds a partially mutilated body of a stranger, the unlikely duo of a young scholar and a local women’s doctor once more join forces to discover who killed him and why. In probing the highly gendered world of early Ming China, unanticipated questions surface, complicating their investigation.
As their case rapidly transitions into the unexpected, they find all roads leading away from the victim, forcing them to consider alternate routes. Was the death the result of inexorable bad karma and beyond their purview, or merely the result of mortal foul play? Was the murdered man the intended victim? If not, who was and why? The investigation leads to a growing list of potential suspects: a lustful herbalist, an unscrupulous neighbor, a vengeful farmer, a jealous husband, a scorned wife, and a band of thieves. Who is innocent and who is the culprit? To solve the murder and bring peace to the victim’s spirit, the duo must untangle the truth and do it before the murderer strikes again. 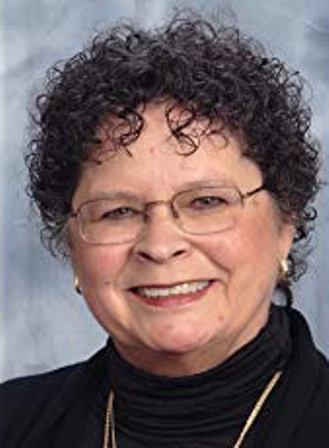 P.A. De Voe is an anthropologist with a PhD in Asian studies and a specialty in China. She has authored several stories featuring the early Ming Dynasty: The Mei-hua Trilogy: Hidden, Warned, and Trapped; the A Ming Dynasty Mystery series with Deadly Relations and No Way to Die; Lotus Shoes, a Mei-hua short story; and a collection of short stories: Judge Lu’s Case Files, stories of Crime & Mystery in Imperial China. Warned won a Silver Falchion Award for Best International Mystery; Trapped was a finalist for an Agatha Award and for a Silver Falchion Award. Her short story, The Immortality Mushroom, (a Judge Lu story) was in the Anthony Award-winning anthology Murder Under the Oaks edited by Art Taylor.