Teaser for The Harder You Fall by L.A. Cotton

We are excited to share a new teaser for 𝙏𝙝𝙚 𝙃𝙖𝙧𝙙𝙚𝙧 𝙔𝙤𝙪 𝙁𝙖𝙡𝙡 the highly anticipated final book in the Rixon Raiders series from bestselling author L A Cotton. 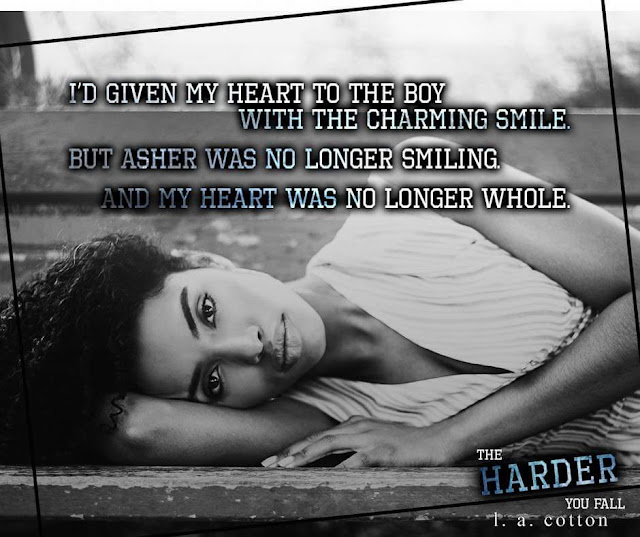 The kind that run deep and leave marks.
Rixon is only supposed to be a temporary place to hide, but it's quickly becoming something more.
She's almost certain it has nothing to do with the blond-haired, blue-eyed football player who makes her laugh. Who makes her believe in fairy tales again.
Even if she knows her life is destined to be nothing more than a tragedy.

Not the scandalous kind, but the ones that fester, slowly eating away at your soul.
On the face of it, he's Mr Popular, always down for a party and causing a little mayhem.
But on the inside, he just wants someone to see him. Really see him. Too bad the one girl who sees past his facade has already friend-zoned him.
It's probably for the best though.

She's different.
A fighter.
She's everything he wants but can never have.

Until Mya's past and Asher's present collide in ways neither of them saw coming.