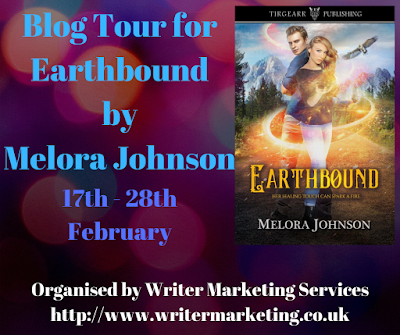 Melora: Hi, thanks for having us here today. I’ve brought along Ally Reynolds. Hi Ally, thanks for joining me.
Ally: Oh, well, it’s my pleasure. Thank you for asking me.
Melora: Tell everyone a little bit about yourself.
Ally: Well, I’m a veterinarian and a raptor rehabilitator. I love working with all animals but raptors hold a special place in my heart.
Melora: For those who aren’t quite savvy to the avian terminology, what constitutes a raptor?
Ally: Raptors are any birds that hunt for their food source like hawks, eagles, and owls.
Melora: So, what we think of as big, strong, hunting birds. What would you say gave you your strength in all you’ve gone through lately?
Ally: I guess I don’t see it as much of a choice. I just faced whatever came my way and dealt with it. (blushing) Matt helped a lot, he was fantastic, so strong and . . . . (bites her lip) But he wasn’t always there. I think, that maybe my desire to help animals and people kept me going forward, carried me through.
Melora: Would you say you grew through this whole process?
Ally: Oh, definitely. I learned a lot and became much more confident in my own capabilities. I also learned that I was capable of a lot more than I ever thought possible.
Melora: That’s fantastic. I’m so happy to hear it. Would you say your journey made you explore any new ideas or look at things from a different perspective?
Ally: Oh, sure. I mean, I grew up going to church but it wasn’t something that was talked about in my house much. I kind of just let it slide, but I’ve learned there is so much more going on out there than I ever knew and it has made me think about what I believe. I’ve settled into a much more comfortable acceptance of the mystery of faith.
Melora: Mystery of faith?
Ally: Yeah, I mean, I know now for certain that there is more going on out there than I can comprehend from the limited perspective of a human existence and I’m okay with that.
Melora: Do you have a perspective on the whole fate versus free will question?
Ally: I would say I come down much more on the free will side of things. I don’t think there’s much that’s “fated” per se, that we can’t have an effect on. People need to choose what effect they’re going to have on those around them and the world.
Melora: What do you want your effect to be?
Ally: In a word, kindness. I believe in forgiveness and starting over and building a better world.
Melora: Thank you, Ally. I think that’s an excellent note to end on. If you want to learn more about Ally, her journey and what brought her to these conclusions, check out Earthbound, available on all ebook platforms.
Ally: Thanks! 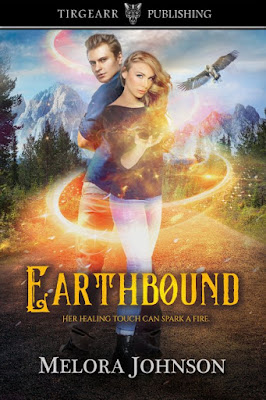 For the rest of dinner, dessert, and then coffee, Matt regaled me with stories about the beauty of the different countries he had lived in, and told me funny little anecdotes. I found myself laughing and relaxing more than I had in ages with another person. I realized dinner was over with something akin to regret, and Matt drove me back to my hotel. He insisted on walking me to the room door.

I slid the card through the reader. The door unlocked with a click. I grasped the handle and pushed it open, then turned back to him. “Thanks for dinner and a great evening. I had fun.”

I looked up at him. Something about him drew me like light draws a moth. I had been surprised by his air of familiarity at first, but I had begun to feel it too. Impulsively, I leaned in to kiss his cheek, surprising even myself.

When I pulled back, the longing on his face arrested my movement and sent an answering echo through my entire body. Oh, Shit. What am I doing? Before I could give it too much thought, I pressed my lips to his.

He didn’t move at first, then he gently held me in place by my upper arms and stepped back, putting me at arm’s length this time.

It took a moment for the fact that he had pulled away to filter into my mind. Heat rose in my cheeks as I backed further away. “I’m sorry. I… you seemed to be having a good time, and I thought… but I guess I was wrong?”

The fact that he seemed embarrassed did nothing to assuage my own feelings of abject horror at what I had done.

Then my mind finally put it together: his avoiding Shelly… using me to avoid Shelly. Oh, damn, I just threw myself at a gay man.

Warmth crept up my neck. “I’m sorry, I…” I grabbed his hand, pumped it up and down three times, then released it. “I had a really good time. Thank you for dinner.” I turned and fled into my room, closing the door behind me. I pressed my back against it, breathing and waiting for my heart rate to return to normal. I have never been so embarrassed in all my life.

Her healing touch could start a fire.

Ally Reynolds is a veterinarian specializing in raptor rehabilitation in New Hampshire. Other than one horrific incident in her childhood and a little extra “spark” for healing in her hands, both of which she has kept secret from even her best friend, her life has been singularly boring. It has also been extremely lonely. Ally longs for someone to share her life with, but how can she trust anyone with her secret?

Matthew Blake, an ornithologist at Cornell University, calls Ally, asking for her help with an injured raptor. Matthew grew up in New Zealand and has lived around the world. He has read about Ally’s high success rates in raptor rehabilitation and suspects there is more to it than is generally known.
Matthew has some secrets of his own; he is a demon hunter. He suspects Ally’s healing powers could benefit him. He wants her to join him and thinks they’d make a great team.

Can Ally trust him or is he just using her? Matthew definitely has more secrets, and some of them are about Ally.

Author Bio:
Melora Johnson is a poet and novelist living in Upstate New York with her husband, daughter, a black cat, and quite a few chickens. Her most recent published work includes A Sanctuary Built of Words: Poems of Peace, Grief, and Passion, and publication in The Sexuality Poems from Foothills Publishing. She also runs a large and thriving writer's group for adults. Of course, into every life a little rain must fall as well as the occasional tornado, but you'll find that amply covered in her writing. Find out more about Melora and her writing -
Website
Facebook
Twitter
Goodreads
Instagram
Pinterest
Blog
*****
GIVEAWAY!

To Follow the tour find the schedule HERE!!!
Posted by Books a Plenty at 3:00 AM