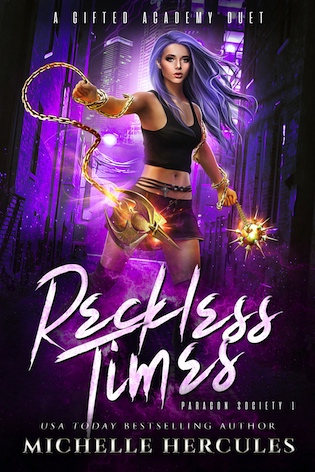 
A GIFTED ACADEMY DUET
Weak.
Useless.
Freak.
Those are the words used to describe me. I’m an Idol who can’t see, and in this savage world where power is everything, being born with a disability makes me an aberration. Idols are the direct descendants of the gods. We’re supposed to be perfect.
My parents kept me protected behind walls most of my life. They fear I won’t survive in the real world. They have no idea what kind of power runs through my veins.
Stephan Silverstone—the most perfect Idol I’ve ever met—does. He’s cocky, annoying, and pushes my buttons like no other. But he sees me, the real person behind all the preconceived notions. Without effort, he’s breaking all my barriers; he’s claiming my heart.
When I’m with him, sparks fly. I want to be reckless and forget everything. If only things were that simple. We’re both keeping dangerous secrets that could tear us apart. War is coming, and I’m not sure if what we have will survive.
*This is a spin-off of Gifted Academy Series. This is not an RH romance.


USA Today bestselling author Michelle Hercules always knew creative arts were her calling but not in a million years did she think she would write a novel. With a background in fashion design she thought she would follow that path. But one day, out of the blue, she had an idea for a book. One page turned into ten pages, ten pages turned into a hundred, and before she knew, her first book, The Prophecy of Arcadia, was born.
Michelle Hercules resides in The Netherlands with her husband and daughter. She is currently working on the Legends of Gattica series.