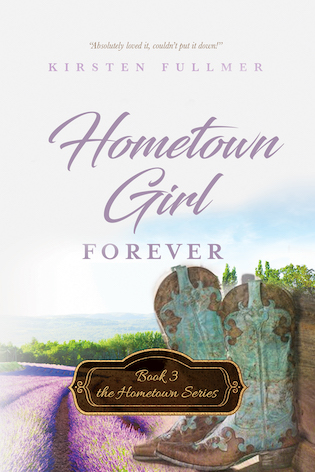 
Lizzy is making changes. Her recent move to Smithville and her job at the spa, as well as her boho-chic alpaca farm, are perfect. However, her overbearing socialite mother will not stop interfering with her plans. The woman may have run her life back in Boston, but Lizzie is determined that those days are in the past!
Elliot, a successful big-city architect, is visiting Smithville to check on his latest Spa design. The last thing he expects to find is a gorgeous gypsy-style spa manager and her demanding mother. Elliot is instantly drawn to Lizzie, but doesn’t understand her mixed signals. Unused to small town life, he is completely out of his element and in for one surprise after another.
Lizzy can’t help but be attracted by Elliot’s charms, but he’s exactly the type of man her mother would choose for her. Once Again, Smithville folk interfere with plans at every turn, forcing Lizzy and Elliot to face their personal dilemmas, and each other, head on.

Goodreads / Amazon
—
EXCERPT:
Elliot followed Tara into the spa, steadying his coffee cup, carefully stepping around a short, thin man who was shoveling the flowerbed as if the devil himself were prodding him. The man’s eyes bulged and his glassed hung on the tip of his nose.
“That’s Bobby,” Tara said as they stepped into what would become the spa lobby, “and over there are Gloria and Marge.”
Unsure which of the gaggle of women she was referring to, he nodded and gripped his coffee cup tighter. The women all nodded as he passed. The room was just as cluttered as it had been the night before, but now, instead of boxes, the room was filled with piles of items pulled from the boxes, as well as women of all sizes, ages, and types. Flattening against the wall so the redhead could pass, he scanned the room. “Who is in charge here?” he croaked, afraid to ask.
Tara scanned the noisy room. “There she is, come on…” she said, dragging Elliot forward by the elbow.
Elliot shuffled through the piles of supplies as Tara called out to friends. Being a good-sized man, he had to twist and turn to fit through the narrow spaces Tara easily passed. Forced to hold his half-full coffee cup over his head, Elliot muttered apologies for stepping on feet and bumping into women. Finally they reached the other side of the large room.
Gaping behind him at the sea of supplies and bodies he’d traversed, Elliot was caught off guard when he turned to see the gypsy woman he’d met the day before standing in front of him with a clipboard.
Her eyes were bright, and her riot of black curls were held back from her face with a headband. She wore a cream-colored tunic unlike anything Elliot had ever seen. It was rumpled, loose, and long to her hips, and the top of the bodice was comprised of multiple layers of lace. Over the frock she wore a loose-weave grey jacket that hung open, with the sleeves rolled up to her elbows. Soft netting hung out the bottom of the frock at her hips, and around her neck she wore what he could only categorize as a necklace, but was actually a long chain with charms and feathers and scraps of lace shimmering all around it.
He stared at her in shock, not only because of her clothing, but because it was her. The strange bohemian woman had danced in and out of his scattered dreams all night. His eyes roamed over her all the way to the floor, taking in her grey leggings and laced boots, unable to miss her very shapely legs, before traveling back up to her face. This gypsy woman was going to run his spa?
Her perturbed expression clearly asked if he was finished gaping.
Feeling quite the clod, he hurried to extend his hand, forgetting momentarily that he held a coffee cup.
Lizzie jumped back, raising the clipboard in order to miss the torrent of black liquid as coffee sloshed over the rim of the cup.
Elliot jerked the cup back and staggered sideways into a pile of boxes, splashing coffee across his slacks and shoes.
“Let me help you,” Lizzie said, tossing her clipboard on a stack of boxes and grabbing a towel from a nearby pile of linens. Bending, she brushed at the coffee on his shins and shoes.
Embarrassed and numb with what he could only describe as uncharacteristically cloddish behavior, Elliot stood like a statue, his coffee cup held at arm’s length, still dripping onto the hardwood floor. 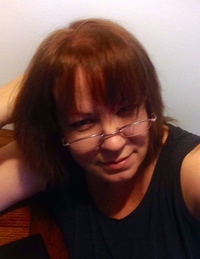 
Kirsten is a dreamer with an eye for art and design. She worked in the engineering field, taught college, and consulted free lance. Due to health problems, she retired in 2012 to travel with her husband. They live and work full time in a 40' travel trailer with their little dog Bingo. Besides writing romance novels, she enjoys selling art on Etsy and spoiling their three grandchildren.
As a writer, Kirsten's goal is to create strong female characters who face challenging, painful, and sometimes comical situations. She believes that the best way to deal with struggle, is through friendship and women helping women. She knows good stories are based on interesting and relatable characters.