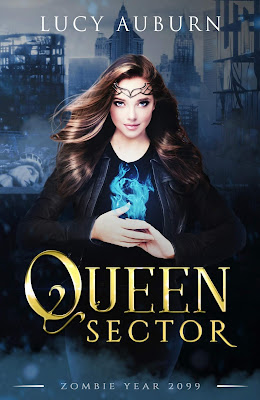 He wants me to be his Queen. Over my dead body.


The necromancer King of Old York rules Manhattan with an iron fist. His control over the dead has turned the zombies of this island into his own personal army of destruction. Humans cower in fear, afraid of being killed or turned, while the undead do whatever the King desires.
As a witch in the rebellion, I’ve done what I can to stand up to him and his toadies. Always in the shadows. Always in secret. Until the day betrayal and bloodshed reveals powers I didn’t know I had—not just to myself, but to the King.
If I don’t submit to him, he’ll slaughter my friends and family.
Death is better than this.
So when the Princes, sons of the King, make me an offer, I accept because it’s the only option I have. Together, we’ll take down the King and make a new ruling class—before everyone in Manhattan is either dead, undead, or enslaved to his will.
But when they ask for more than my alliance, can I give it—even if that means losing my heart to them?
Queen Sector is a reverse harem urban fantasy novel set in the world of Zombie Year 2099, a dystopian future where a zombie virus outbreak has brought supernatural creatures out of hiding. Don't miss this unique, fresh take on post apoc romance!