Eliza Wentworth is no lady. After the notorious pirate Jandeau murdered her family, she vowed to spend the rest of her life at sea, saving others. She’d rather be firing cannons than embroidering pillows—or worse, bowing to the demands of a husband. But when she’s stranded on an island off the coast of Scotland, now she is the one in need of help. And, annoyingly, that help comes not only from a man, but a man she struggles to resist.

Highlander Beck Macquarie has never met a woman like Eliza. He hasn’t met many women, period, thanks to the blasted curse set upon Wolf Isle decades ago. To save the clan, he needs a wife and bairns, and rough-around-the edges Eliza is anything but wife material. She has no intention of staying once she’s able to set sail again. He should let her go. But the desire between them is impossible to ignore.

When she asks Beck to teach her the ways of the bedroom while she bides her time on his island, he can’t say no. As they learn more about each other, though, past trauma and secrets resurface. Now, Eliza must choose between the freedom and comfort of the only life she’s ever known and sacrificing it all to save the people she loves…including Beck.

Eliza tore her eyes from Jandeau’s approaching ship to stare at Beck. “You aren’t planning to fight him, are you?”

Beck walked away, yelling more orders, changing the sails to catch the wind to take them into a position to sail around the isle. He was still trying to get to the windward side.

Eliza ran after him, grabbing his thick arm. “You cannot beat him, Macquarie. He has forty cannons and fifty bloodthirsty men. Even if he wasn’t flying his red flag, Jandeau would kill you all.” She tried to shake his arm, but it didn’t move. “And he will take the children, Alice, and me.” She shook her head. “You must convince him not to attack.”

He leaned into her. “That is Cullen Duffie’s ship out there. The two of us will catch him.”

She gritted her teeth. “Not before Jandeau sinks this ship. Your friend will not reach us in time.”

“The Calypso is sturdy,” he said, his hand sliding down the polished wood of a mast. “Go with the children into the cabin,” Beck said. “I will stall him with cannon fire until Cullen reaches us.”

Eliza let out a rough growl between her clamped teeth. Fool! He had little to no experience fighting a sea battle, and none with the likes of Claude Jandeau. “You are going to get us all killed!”

She stomped away. “Anders, Pip, Alice!” she yelled, and met them at the aft captain’s cabin.

Alice held Hester on her hip, and they all filed inside. Pip ran to their trunk to tug out her sailing trousers.

“The Borreau is rounding the isle,” Eliza said, running over to the open trunk, her mother’s brooch thumping against her chest. She pulled out her long wool and leather coat. Alice plucked the laces of Eliza’s bodice so she could pull it off over her head. She yanked open her stays. They and her smock flew off quickly as she threw on her white tunic. There was no time to bind her breasts, but her jacket hid them well enough.

“Pip, take Hester and find an empty barrel that she can hold on to if you have to swim with her back to the isle. Do not take the dinghy or they will see you. Then hide.”

She turned to Anders. “You go with them.” She would rather see them dead than be taken.

“I need you to care for them, Anders. Make sure they have food. Get them to Mull.”

His lips closed tight, and he nodded. She had told all the children about her time on the Borreau ten years ago. They knew the horrors that awaited them if taken. The horrors that her baby brother had to face while she hid away in Jandeau’s quarters. Stop it.

Teeth gritted, Eliza forced her thoughts to the current situation. Otherwise, she would be paralyzed with remorse and fear. She buttoned her jacket, tucking the brooch inside, and grabbed her long bow and pitch-tipped arrows. Alice was already yanking a tunic over her own head. She grabbed the lantern while tucking the ends in her trousers.

Eliza’s gaze locked with hers, and they both gave a small nod before tearing out of the cabin, Eliza jamming her floppy leather hat on her head.

On deck, Beck was issuing orders while his brother yelled to the men manning the sails. Men pulled ropes to turn the ship to try to position it to catch the sweep of wind, giving the Calypso some advantage over Jandeau. But it would not be enough.

I have to stop this! And she would. Even if that meant taking over the ship. 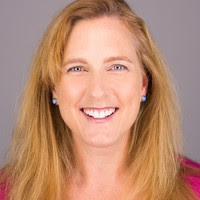 Heather McCollum is an award-winning, historical romance writer. With over twenty books published, she is an Amazon Best Seller and a Readers' Choice winner.

The rugged beauty and rich history of Great Britain captivates Ms. McCollum each time she visits. The country's history and landscape have been a backdrop for her stories since her very first book.

When she is not dreaming up adventures and conflict for brawny Highlanders and feisty heroines, she spends her time educating women on the symptoms of Ovarian Cancer. She is a survivor and resides with her very own Highland hero and three spirited children in the wilds of suburbia on the mid-Atlantic coast.