Teaser for Dark Side of the Cloth by Brooklyn Cross 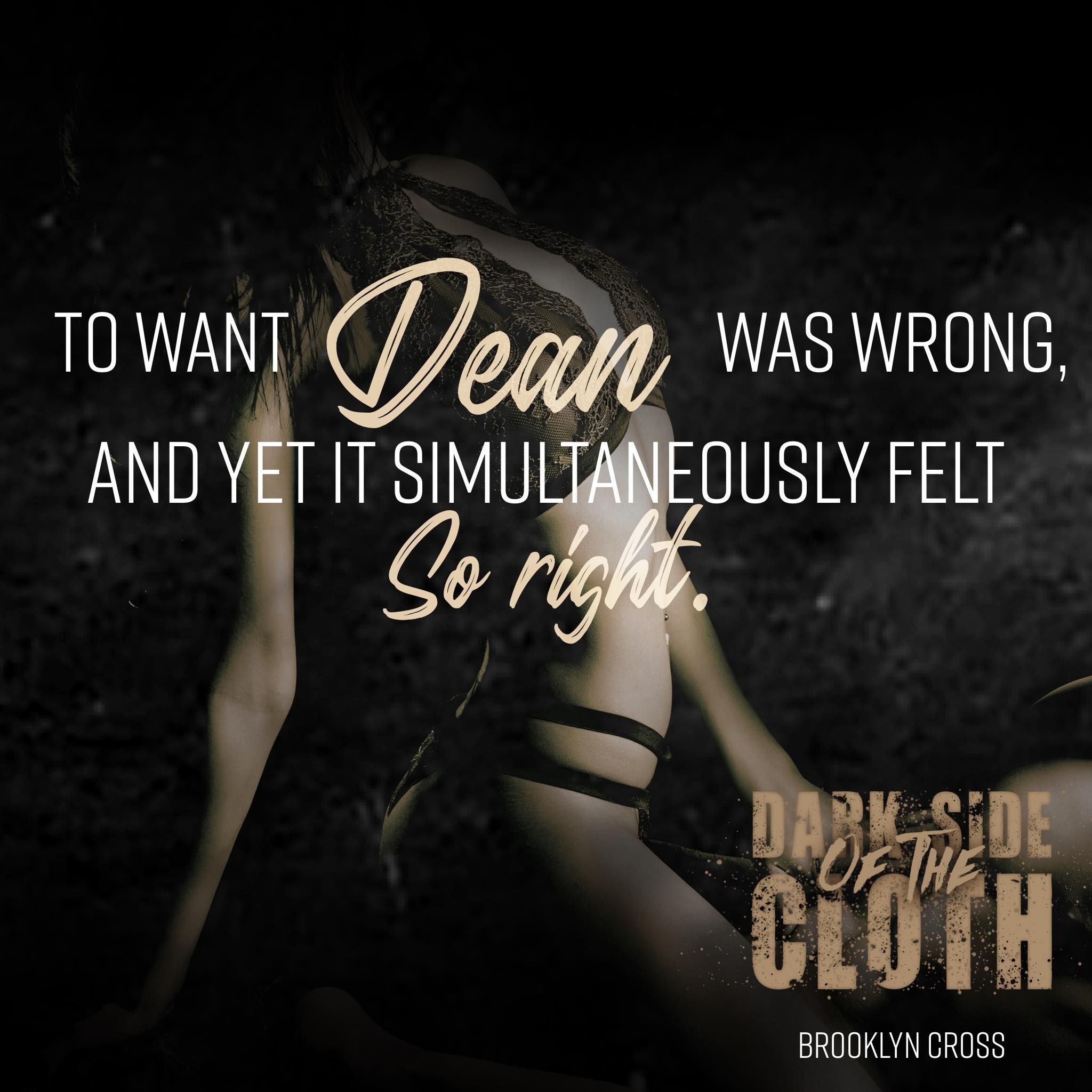 Groomed from birth to take over the Cartel, darkness was all Dean knew. Except he had no interest in running a gang, and even less in being the next El Chapo like his abusive father.

That's when the Army found him. He was highly sought after for his unique skill set, and quickly became a valued member. Finally, he found a place where he belonged. Until The Righteous came knocking with an opportunity for a new life. So, he put on the priest collar and settled into the small town, happy with his new beginning.

Wracked with survivors guilt, Yasmine struggled to put that dreadful night behind her. She tried to move on and take over the family business. She thought her life was fine the way it was. That is, until the new priest, Dean O'Sullivan came into town. Confession was supposed to cleanse her soul, not damn her for the thoughts running through her mind.

How long would she be able to deny her basic primal instincts, when circumstance kept pushing them together?

Add to your TBR: https://bit.ly/Righteous1TBR