Amazon reviewer: This is a touching story about the sacrifices that are made both by those that serve our country and the loved ones that are left behind. 5 STARS!

Amazon reviewer: Well- written and realistic, this book will have you laughing, crying and everything in between. You can't help but get wrapped up in this great couple and what they go through to be together. A Must read! 5 STARS!

Amazon reviewer: I love military romance and I was hooked on this book from the beginning. I was disappointed that it wasn’t longer. 4 STARS! 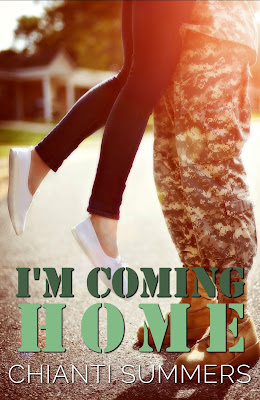 Zayda has never been in love, never felt pulled to anyone, until the day she met Lex. Their whirlwind romance has left them both breathless. Nothing can come between them.

Or so she thinks.

Lex is a military man, which has suited him just fine until he met Zayda. She has waltzed into his life, claimed his heart, and pushed away the loneliness he didn’t even realize he’d been feeling.

Everything was perfect until Lex received deployment orders. They will be separated for months, and neither one is looking forward to it. Leaving has never bothered Lex before, but things have changed.

Love and military. Life and honor. Separation and desire. Zayda prays that Lex will come back to her. Lex fully intends on returning and claiming Zayda as his forever.

What a sweet military romance. We meet Zayda as she is working as a waitress while she waits to fulfill her dream of shoe design. She meets Lex a hot military man who quickly changes her world. Things are going great between them when he is deployed. This tests their new love leading to the lovely ending. Well written with a sweet romance. I really liked it so I give it 4/5 stars.

“Hello?” I hear a voice in the Jeep, “Hello?” My eyes dart to my phone, and I swiftly realize that it’s Lex I’m hearing. Oh shit! No! No! Damn touchscreen phones. I reach for the phone and hit the end button. Oh my, that was awkward. I’m staring at the phone when it starts to ring. Now, what do I do? I hit reject. Damn, I’m a bitch! The phone begins ringing again. He is determined. Okay, time to take the bull by the horns.

“Hello,” I answer, my tone nervous.

“Zayda?” A deep husky voice comes through the other end of the call.

“You finally decided to call me? It’s nice to hear that sweet voice of yours,” Lex says, sounding confident.

“Good. I’ll pick you up after your shift on Friday.” Before I can say anything, Lex hangs up and I’m left in a fog of what just happened. I should call him back and tell him no. My hand thumps against the phone and I smile, deciding against calling him back. I deserve to have a little fun, and Lex may be the perfect outlet.

Putting the Jeep into drive, I head home, grinning all the way there. 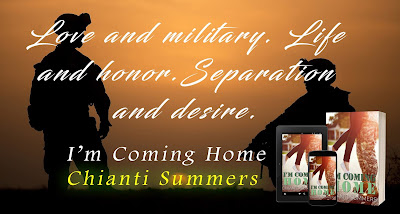 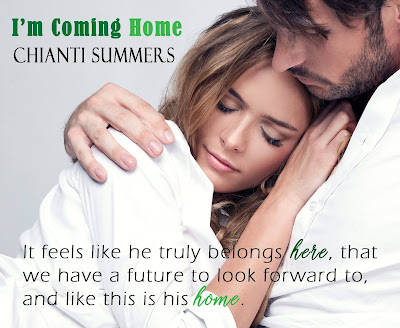 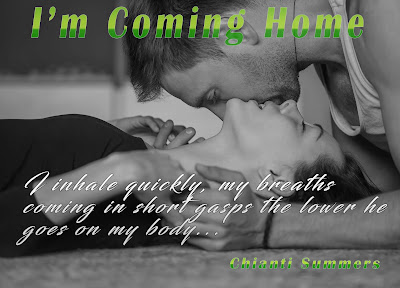 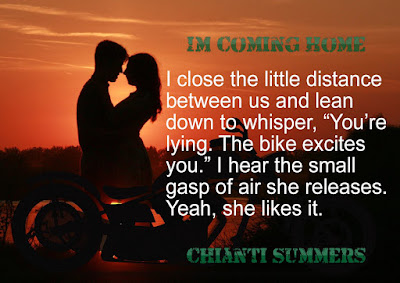 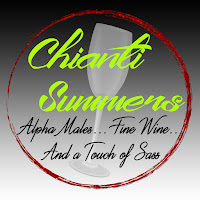 Chianti Summers is a military spouse, a mother, a lover of music and wine. She is also passionate about sports and that is why she pursued and obtained her degree in Sports Medicine.

She decided to take a chance on writing in 2016. One day she would love to travel to Italy and mark it off her bucket list. Until that day comes she will continue to be taken away by reading and writing with a nice glass of wine. 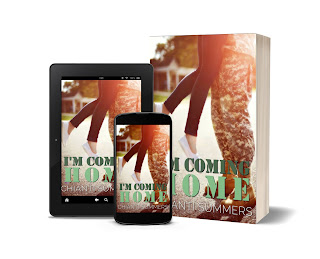