Book Blitz & Giveaway for A Queen's Trust by Alexa Ryder 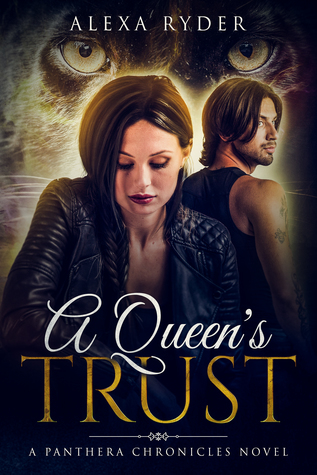 
Andi’s been a fighter for as long as she can remember. Her greater size, speed, and stamina make her irreplaceable on the field and a key player in her father’s war against the rival Lion clan. When her father fell in battle, it became her duty to lead and protect her people. After a decade of bloodshed, both sides are ready for peace. But the patriarchal Lions won’t treat with a female, even if she is queen. Finding a mate and bearing heirs wasn’t an option when the survival of her clan was at stake. Now Andi needs a mate, and she’s waited so long there are no eligible males left.
Troy, a former slave taken from his clan at a young age, needs answers, answers only his own kind can provide. Without them, he risks losing the most precious thing he has. He treks south, dodging Human patrols for unchipped shifters. With time growing short, his desperation rises. In a Human bar, he finally finds what he’s looking for. A chance meeting with another Panther leads to a night of passion, but in the morning, he’s left with nothing but an empty bed and a name.
Andi.
They should be the answer to each other’s woes, but it’s hard to trust when hidden truths threaten the survival of an entire race.

Goodreads / Amazon
—
EXCERPT:
Troy frowned at her as she stood with her weight on her good leg. “Is there anything the doctor can do for it?” This was one of things Andi would clam up about, but he didn’t like seeing her in pain.
Her eyes darted to her nightstand. “He gave me this cream that’s supposed to help, but I forgot to apply it this morning.”
Troy followed her gaze and found the tube in question, along with the ‘every twelve hours’ instructions. He hadn’t seen her put it on since before dinner last night, and as he unscrewed the cap of the tube, he knew he hadn’t smelled it on her this morning.
“Not very good at following dosing instructions, are you?”
She gave him a flat stare. “I was busy.”
“Mm,” Troy agreed, “and after you’ve run yourself into the ground trying to help your people, who is going to help them when you’re gone? Who knows enough to take over for you?”
She opened her mouth, then closed it, brow furrowing.
Troy squeezed a bit of the paste onto his finger and gestured at her with his other hand. “Bottoms off.”
She gave him a long look, then tucked her thumbs in the waistband and pulled down, kicking her pants off her ankles.
“Bed might be more comfortable than the bench, don’t you think?” He kept his tone light, wary of scaring her off. She could be so temperamental about accepting help.
She stood and walked part-way to the bed, stopping when she was in front of him. “You know I can do this on my own, don’t you?”
He cupped her chin with his ointment-free hand and gazed deep into those verdant depths. “If I have to see you in pain, at least let me be part of the solution.”
Energy leapt between them; the air was heavy with it. She was measuring him, trying to decide if she could trust him. He felt like he couldn’t move, couldn’t breathe, or he’d break the spell. And he also knew, on some level, that if he passed, he’d have no reason not to extend the same trust she was giving him… to her.
She didn’t break eye contact. “I don’t need you,” she whispered, but her eyes told a different tale, full of longing.
He stepped in closer. “I know.” He dipped his head, slowly tilting her chin up until their lips brushed against each other, a taste, a test, a connection that immediately had him needing more. His panther prowled, waiting for its chance to claim her, to mark her forever as his. 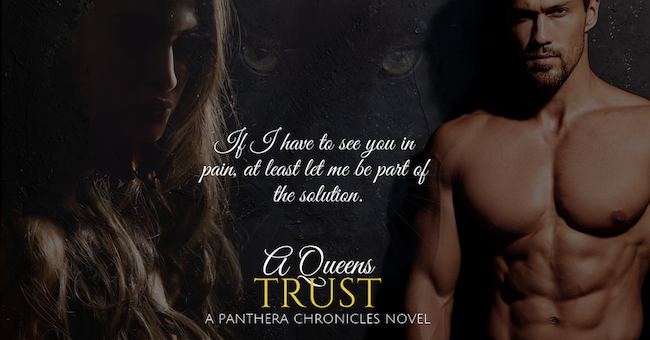 
Alexa has been a fan of all things steamy since... probably too young of an age, in all honesty. Letting her babysit for a Harlequin romance writer wasn't one of the best decisions her mother ever made, but it's too late to turn back now! While Alexa is a voracious romance reader, she likes stories with plot and oomph. If you ever want a wander on the wild side, you've come to the right place.
Alexa is a mom to several fur-babies; two cats and soon-to-be three dogs. She enjoys dog training, reading, writing, nerding out over movies with friends, and is also a table-top gaming enthusiast. She's even been known to DM some 5E Dungeons and Dragons from time to time.