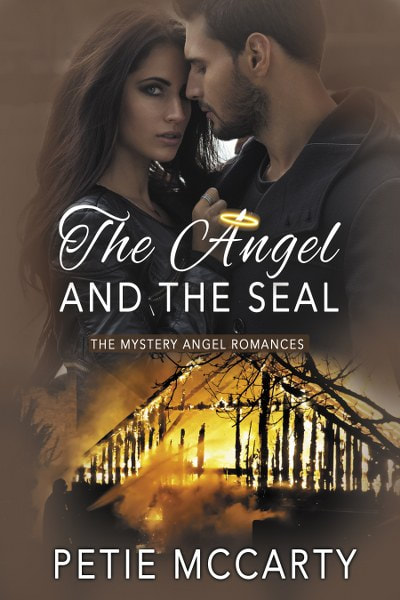 The Angel and the SEAL . . . a cozy mystery with romantic suspense from the Mystery Angel Romances series. An angel hidden in every book waiting for you to figure out who . . .

Foreclosure looms for Cory Rigatero as she fights to keep her rustic resort near Mt. St. Helens afloat after her brother deserted her to join the SEAL Teams. Cory's whole world dives into a tailspin when Sean MacKay shows up at her resort with the news of her brother's death and the wild suspicion her brother may have sent her traitorous classified documents. No way will Cory trust MacKay—the man who once seduced her and then vanished into the night without a trace.
Goodreads * Amazon

Other Books in the series: 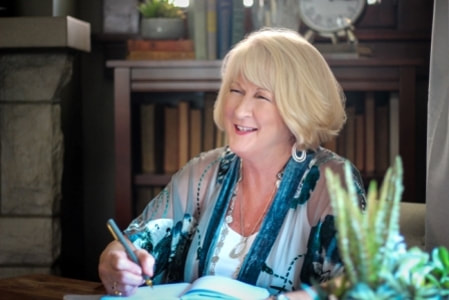 Petie spent a large part of her career working at Walt Disney World—"The Most Magical Place on Earth"—where she enjoyed working in the land of fairy tales by day and creating her own romantic fairy tales by night, including her new series, The Cinderella Romances. She eventually said good-bye to her "day" job to write her stories full-time. These days Petie spends her time writing sequels to her regency time-travel series, Lords in Time, and her cozy-mystery-with-romantic-suspense series, the Mystery Angel Romances.

Petie shares her home on the Cumberland Plateau in Tennessee with her horticulturist husband and an opinionated Nanday conure named Sassy who made a cameo appearance in No Angels for Christmas.
Website * Facebook * Twitter * Pinterest * Bookbub * Amazon * Goodreads