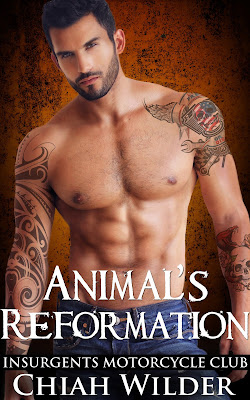 Sometimes the last person you want to be with is the one you can’t be without.
A member of the Insurgents MC, Animal is a rough, free-loving biker. Hanging with his brothers, riding his customized Harley, and partying with the ladies are his idea of the ideal life.
Years ago, he made a stupid mistake with a woman he barely knew, but he pays the child support every month and sends cards and presents to his out-of-state daughter on her birthday and on holidays.
He doesn’t want a steady woman, and he certainly isn’t ready to settle down and have a family. Life is just too good now, and there are always so many women who want to come and play with this rugged biker.
Then one afternoon, the mother of his child struts into the clubhouse with his daughter in tow and tells him she’s done. She walks away, leaving Animal and Lucy staring at each other.
What’s he supposed to do? He knows about bikes and hard partying, not seven-year-old girls.
He has to change his ways, and his new hot next-door neighbor isn’t helping to keep his libido in check. The way her long dark hair swings just above her sweet behind has him thinking all kinds of nasty thoughts, but she doesn’t give him the time of day.
What’s up with that?
Olivia Mooney is very aware of her neighbor’s good looks and his finely chiseled body, but she doesn’t want to get involved. He doesn’t realize it, but she’s his daughter’s tutor at school, and she can’t get involved. She spends her nights thinking about him and chatting with an intriguing man on an after dark dating site.
Then a series of murders occur in the surrounding counties, and it looks like they are creeping closer to Pinewood Springs. At first the cops are stumped, but over time a pattern begins to emerge: the women all used an after dark dating site.
As fear and danger slink closer, Olivia is thrown into the arms of the sexy biker, forever changing their lives.
The Insurgents MC series are standalone romance novels. This is Animal’s story. This book contains violence, abuse, strong language, and steamy/graphic sexual scenes. It describes the life and actions of an outlaw motorcycle club. HEA. No cliffhangers.

Hot bikers, cute kids, romance and a side of serial killer all wrapped into one book. It starts with a horrid murder with no real clue who is doing it. Then we meet Animal as he is getting custody of cute little Lucy. Next comes sweet Olivia who just happens to move next door. These two fight so hard but date and danger collide against them though it gives the reader one heck of a story. A great MC romance for fans of the genre. I really liked it so I give it 4/5 stars.

Michele DelRay - “I could not get enough of this book. I loved every single page.” 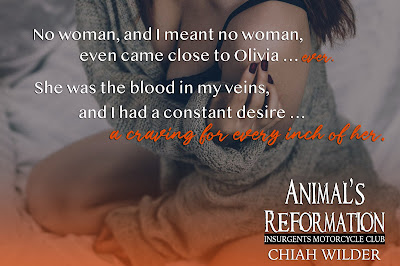 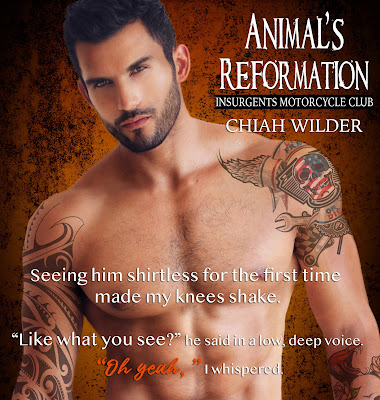 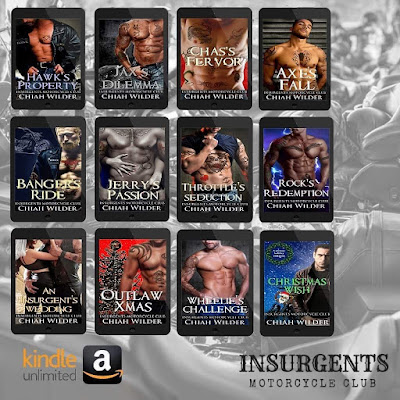