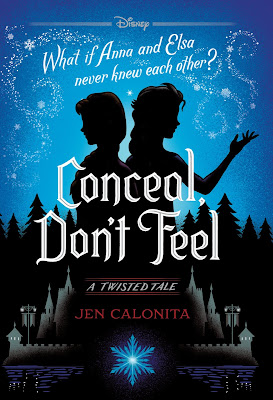 What if Anna and Elsa never knew each other?

As the future Queen of Arendelle, Princess Elsa’s life is full of expectation and responsibility—not to mention, questions. What type of ruler will she be? When will she have to pick a suitor? And why has she always harbored the feeling that some critical piece of herself is missing?

Following the unexpected death of her parents, Elsa is forced to answer those questions sooner than she’d hoped, becoming the sole ruler of her kingdom and growing lonelier than ever. But when mysterious powers begin to reveal themselves, Elsa starts to remember fragments of her childhood that seem to have been erased—pieces that include a very familiar-looking girl. Determined to fill the void she has always felt, Elsa must take a harrowing journey across her icy kingdom to undo a terrible curse . . . and find the missing Princess of Arendelle.
Conceal, Don’t feel is a stand-alone in the Twisted Tales Series, each one centers on a different Disney Character. Grab the other books now!

What an interesting remake of a great Disney story. Forget your typical Frozen and instead meet Elsa who has no clue who Anna is. She was raised as an only child groomed to take over the crown when it is time. Anna grows up in a bakers house raised with love and affection yet still an only cbild. Both feel something is missing though they have no clue what. When the King and Queen die in an accident it triggers something in them both leading them on a journey to find what they lost. A different take with characters you already love just in a new twist. If you like Crozen, Disney, or just good fantasy it makes for a great read. I really liked it so I give it 4/5 stars. 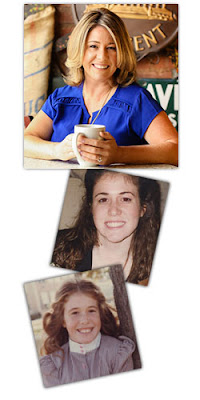 About Jen:
It's no secret how Jen Calonita knows the inside scoop on Hollywood. A former entertainment editor at a teen magazine, Jen started out her career chronicling backstage life at concerts with Justin Timberlake and interviewing Zac Efron on film sets. It was her work in the entertainment world that inspired her first series, Secrets of My Hollywood Life. The six-book series about a teen starlet named Kaitlin Burke who grew weary of the fame game, but loved being an actress was published in nine countries. Jen's other young adult novels include Sleepaway Girls and Summer State of Mind (since she was a camp counselor as a teen), Reality Check and Belles, which is about two polar opposite girls who share one life-altering secret. Her latest young adult book, Turn It Up, is about a girls' high school acapella group.

Giveaway Details:
1 winner will receive a finished copy of CONCEAL, DON’T FEEL, US Only.